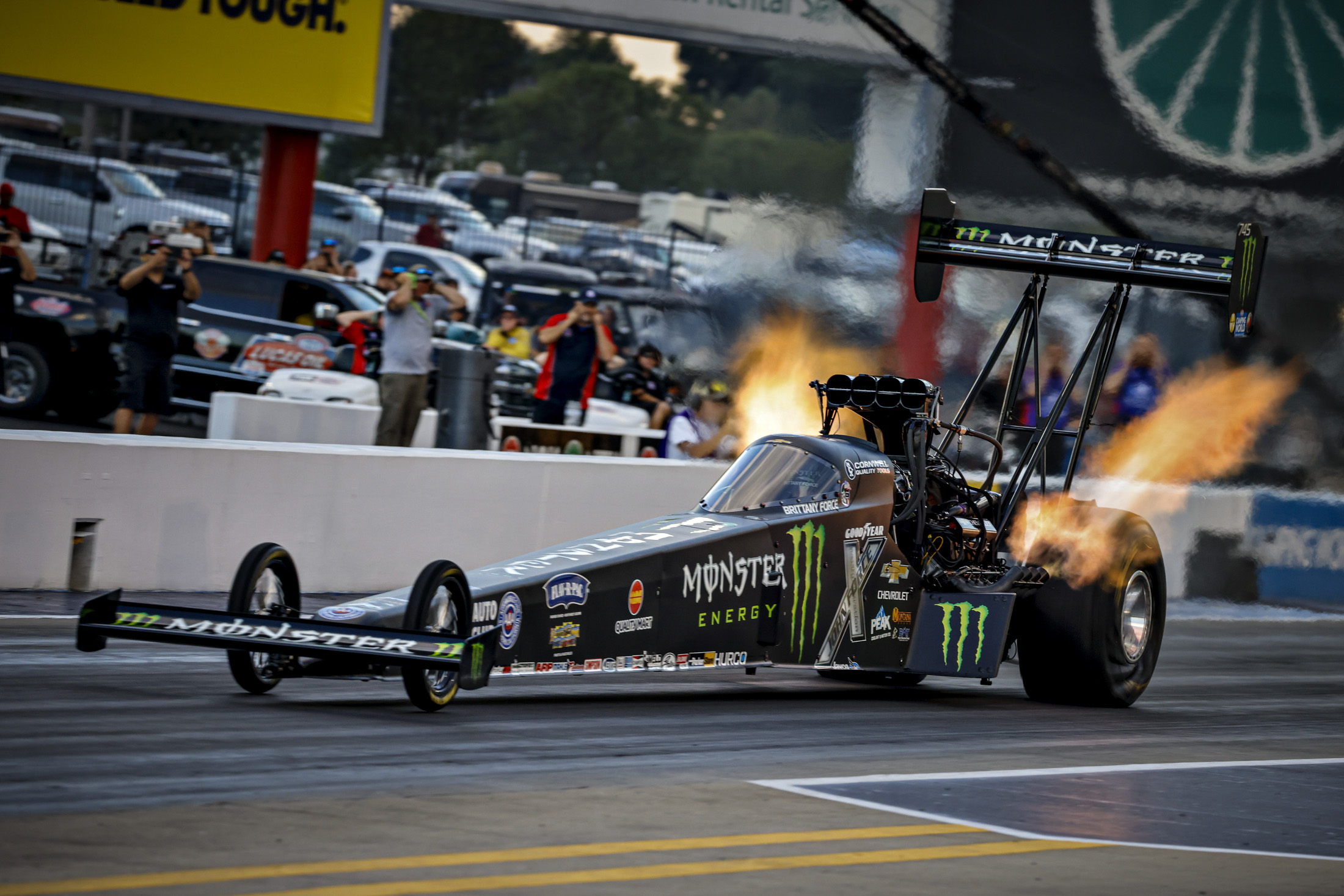 The eight spots in the Pep Boys NHRA Top Fuel All-Star Callout are now set, but the fun is only just beginning for the thrilling specialty race set to take place on March 12 at the upcoming Amalie Motor Oil NHRA Gatornationals at historic Gainesville Raceway.

But the unique twist for this specialty race is the callout aspect that will take place before the first round of qualifying in Gainesville at 5 p.m. on Friday, March 11. Torrence will make the first selection to call out his opening-round opponent, getting his choice of the seven other star drivers. Force would get the next pick if she were not called out by Torrence, followed by Salinas until the first-round matchups are set.

The first round of the Pep Boys NHRA Top Fuel All-Star Callout will take place at 11:45 a.m. on Saturday, March 12, with the semifinals set to follow at 1:30 p.m. The final round is slated for 3:15 p.m. and will be shown live on the FOX broadcast network. FOX will have coverage of the entire Pep Boys NHRA Top Fuel All-Star Callout starting at 2 p.m. ET on Saturday, March 12. For his part, Torrence, driver of the 11,000-horsepower Capco Contractors dragster isn’t giving any hints on his choice for the first round. 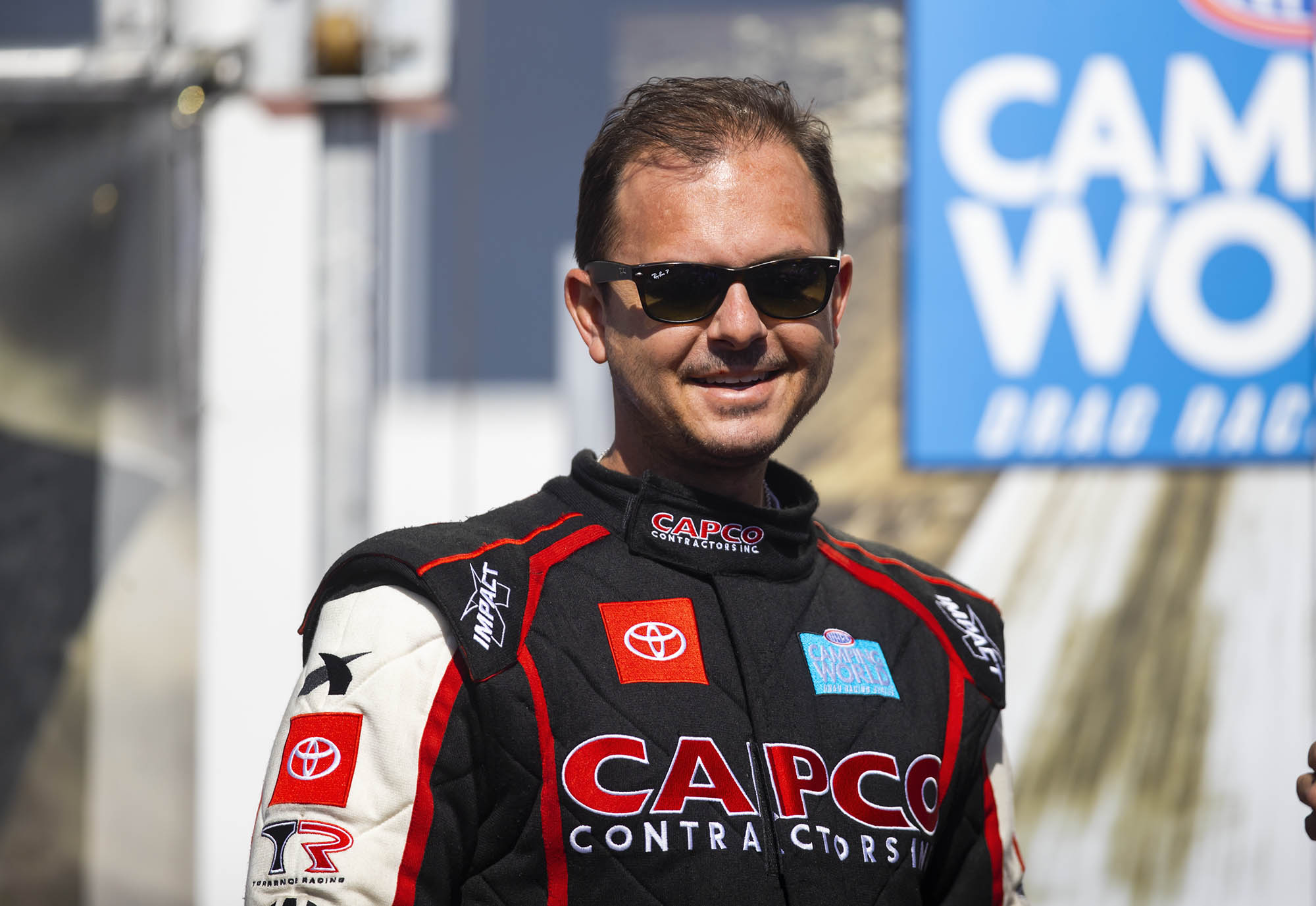 The exciting callout aspect doesn’t stop after the first round, either. After what’s set to be a memorable first round of action, the driver who makes the quickest winning run in the opening round will get the chance to select their semifinal opponent, automatically locking in the other matchup as well.

The Pep Boys NHRA Top Fuel All-Star Callout is the first time that unique twist has taken place in an NHRA Camping World Drag Racing Series specialty race, and the rest of the field also can’t wait to see how it all goes down in Gainesville.

Brittany Force, driver of the Monster Energy/Flav-R-Pac dragster: “It’s definitely different and that’s the exciting part about it. The callout gives it an edge, makes it exciting and I think you’ll see some rivalries, for sure.”

Mike Salinas, driver of the Scrappers Racing dragster: “There’s a lot of fast cars out here and everybody is no joke. You’ve got to cut lights and you better have your ‘A’ game or you’re going to be left behind. This is going to be fun.”

Justin Ashley, driver of the Phillips Connect powered by Vita C Shot dragster: “There’s no weak competition and it’s going to be fun. We want to put on a good show for the fans and thanks to Pep Boys for helping put this on. It’s going to be a good deal.”

Antron Brown, driver of the Matco Tools dragster: “You don’t know what’s going to happen and that’s what is going to make it so exciting. It’s so awesome that Pep Boys is putting this on and the fans are going to be in for a treat.”

Leah Pruett, driver of the Dodge Power Brokers dragster: “I’m excited for the fans because it brings a little different variety to the sport. I couldn’t be more proud for our team to be a part of it. By the time we get to Gainesville, and we get called out, we’re going to bring it. It’s going to be great to spice it up a little bit.”

Shawn Langdon, driver of the DHL dragster: “It’s neat to get in and it’s awesome having the shootouts back with Pep Boys on board. It’s something different and it’s going to bring a new element to what we do with being able to call someone out, and maybe it gets some rivalries going. We’re going to have fun with it and the fans are going to enjoy it, and that’s the most important part.”

Doug Kalitta, driver of the Mac Tools dragster: “We’re real proud to be in the Pep Boys All-Star Callout. We came into Phoenix hoping we could get in, and the team put together a string of good runs to get in. We’re happy to be in it.” 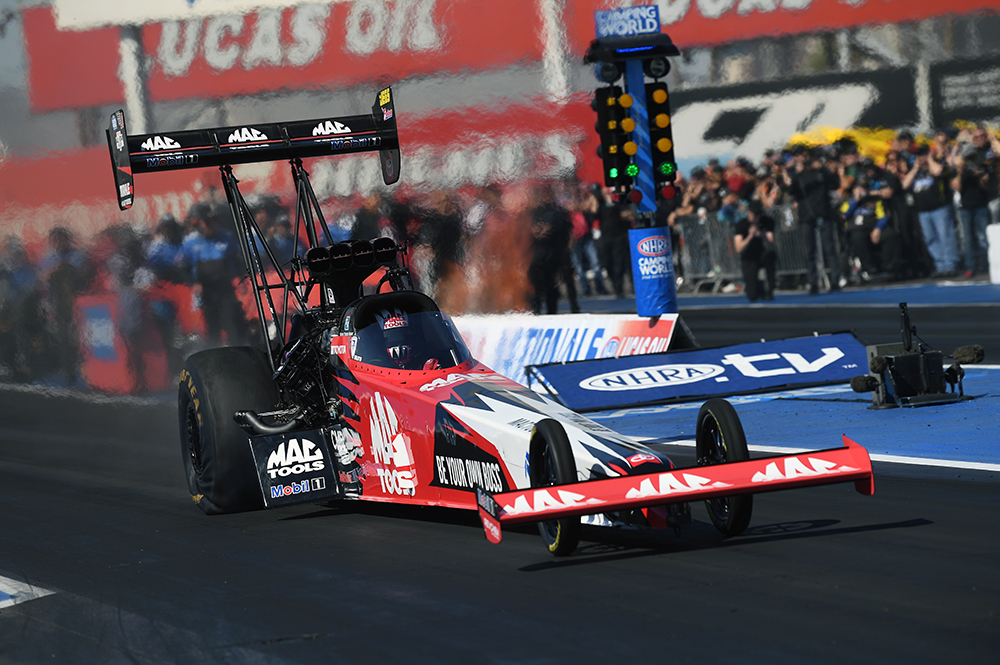 The FOX broadcast network will have complete coverage of the Pep Boys NHRA Top Fuel All-Star Callout beginning at 2 p.m. ET on Saturday, March 12, which will also include live action of the final round.

(Note: Torrence will get first selection for the opening round, followed by the next-highest seeded driver until matchups are set.)