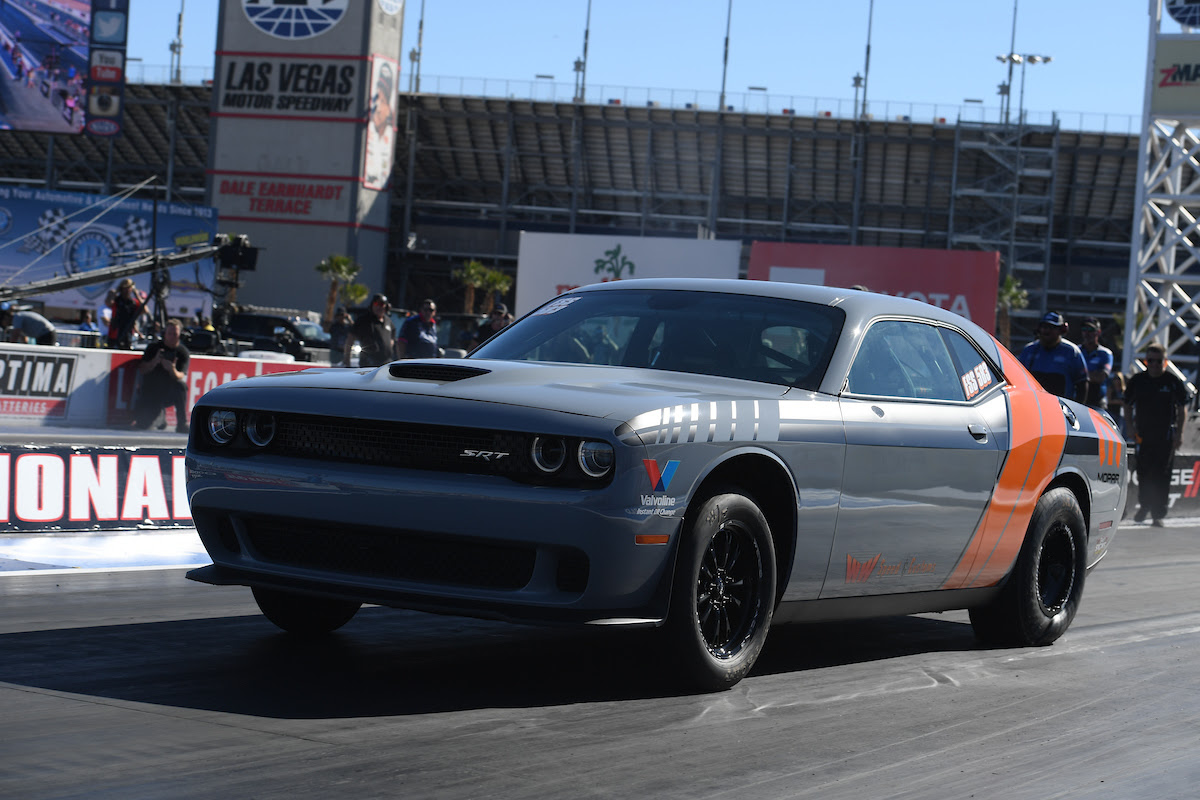 Don Schumacher Racing is proud to announce that it has added a third team to its 2022 Constant Aviation Factory Stock Showdown Series line-up with the addition of Warren Walcher to the organization’s championship-winning program. Walcher, who will campaign a third 2021 Dodge Challenger Mopar Drag Pak for DSR, is eager to join his two new teammates, David Davies and Mark Pawuk, as he begins his first full season competing in the popular FSS category.

The Grand Junction, Colo. resident is scheduled to compete in all eight FSS events, making his DSR debut at the series’ season-opener at the NHRA Gatornationals in Gainesville, Fla. in March. Walcher’s machine will utilize a DSR engine and drivetrain, and the car will be tuned and maintained by co-crew chiefs Kevin Helms and A.J. Berge who will continue to oversee Davies and Pawuk’s Drag Paks, in addition to Walcher’s new entry.

The longtime automotive enthusiast joins DSR after having received his FSS license in 2021 which he used to enter his first FSS race, the Dodge//SRT NHRA Nationals in Las Vegas, the final event of the 2021 FSS season. While Walcher may be new to the category, he is hardly a motorsports novice. Previously, Walcher spent time racing in ‘the dirt’ aboard ATVs and dirt bikes, and competed in the NHRA’s Sportsman ranks before advancing into the Factory Stock class last year.

“I had a 2011 Drag Pak that I would compete with in the Sportsman classes, but I decided to upgrade to the new 2021 edition last year and transition into the Factory Stock category,” said Walcher, who recently sold his multi-store Valvoline Instant Oil Change franchise operation and is excited to be able to turn all of his focus and energy into his budding FSS career. “DSR is the best-of-the-best. Their legacy, success in the class, the name recognition on the track; it was really a no-brainer for me to make the decision to have DSR manage my Drag Pak program when I decided I wanted to take this full-time. I watched the team in Vegas last year and was just very impressed overall.

“My car background is extensive, and my love for ‘all things fast’ runs deep, so I can’t wait to strap into my car and lay down some fast times,” added Walcher, who enjoys building award-winning custom cars, including a project that was named the 2021 ‘truck of the year’ title by Goodguys Rod & Custom Association. “DSR already has a strong program in place, and partnering with them will only accelerate my performance on the track. I’m looking forward to big things in 2022, including winning my first Wally trophy.”