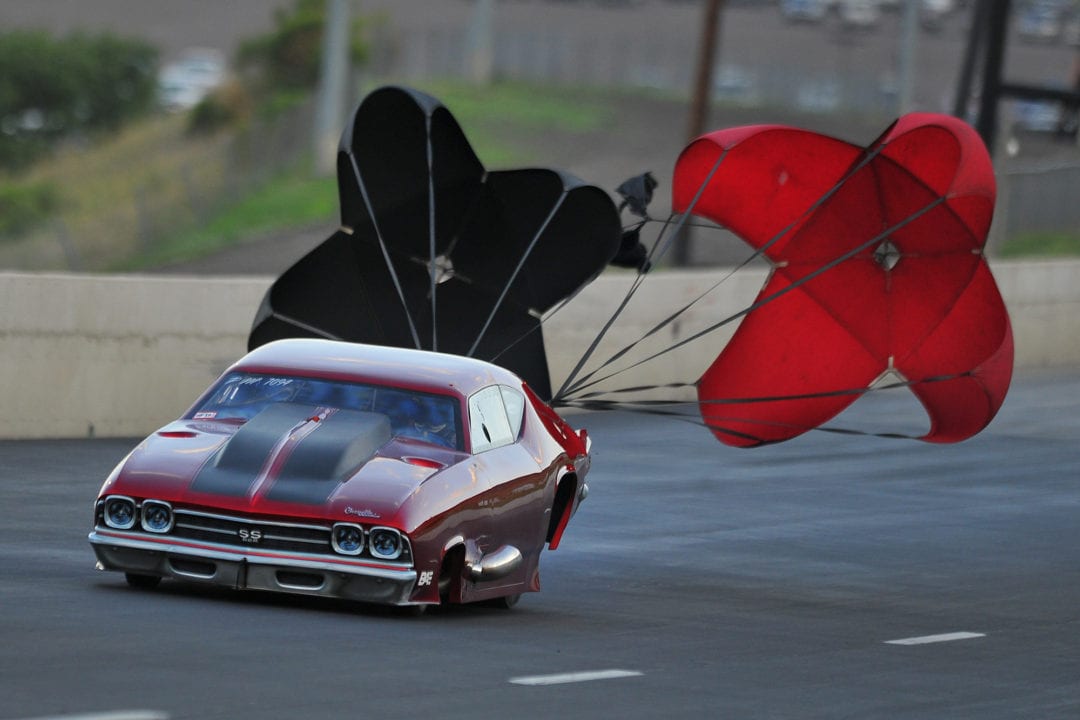 Bowman and the rest of the Pro Mod competitors took turns pulling numbered Coors Light cans out of a cooler. The number on the bottom of the can represented their spot on the 26-car ladder.

As the defending champion, Bowman was given the opportunity to draw his spot first. He drew the No. 5 spot, then the second spot in the pairing was drawn by Derek Menholt, lining up a rematch of the two turbocharged drivers’ first-round race at last year’s event.

“It’s a tough draw,” Bowman said. “I feel like they’re fast, but I’m fast, too. Derek’s a really good driver and he’s just incredible on the tree.”

While the scoreboards were off during all three of the Summit Racing Shakedown Runs, Bowman admitted his Bickel-built ’69 Chevelle was performing in the 5-second zone. Coupled with strong test passes during the pre-race Precision Racing Suspension/Penske Racing Shocks Private Test, Bowman is confident in his ability to try and make it back-to-back World Series of Pro Mod wins.

“We’ve made some pretty solid runs. You’re going to see a lot of these guys making 5-second runs and running good, and we’re definitely in the 5s on my runs. The car is awesome, there’s no ifs, ands or buts about that. Right out of the trailer, the thing went dead straight. Now we’re just feeding more power to it.

“It’s really exciting. It’s going to be hard to win again, but if I do it will be like really unreal, you know what I mean. It would be good to have a conversation when it’s all over, saying, ‘Wow, it happened again.’ But I have as good a chance as anybody. The car is really consistent and I’ve been saying all week it’s going to be won and lost on the starting line. I just hope I’m going to be good enough on the starting line to get it done.”

Steven Whiteley, who finished as runner-up in 2017 to Bowman, picked second and drew the No. 3 spot, and will face Justin Jones in the opening round of eliminations. Whiteley debuted a new 2018 ZL1 Camaro earlier this year and it has continued to make strong progress while also showing immense potential. The Colorado native hopes to turn that into five win lights on Saturday to finish the job in 2018 and take home the $100,000 payday.

“The car is new this year, but ever since Topeka it’s been working well,” Whiteley said. “I feel confident we’ll be able to step up to the plate when we need to. (Friday) we were trying to make solid runs, just trying to get ourselves in a window to get us familiar what we’re going to be racing in come Sunday.”

The rest of the 2018 World Series of Pro Mod first-round matchups are as follows:

Eliminations at the World Series of Pro Mod are scheduled to begin at 3:45 p.m. Saturday afternoon.