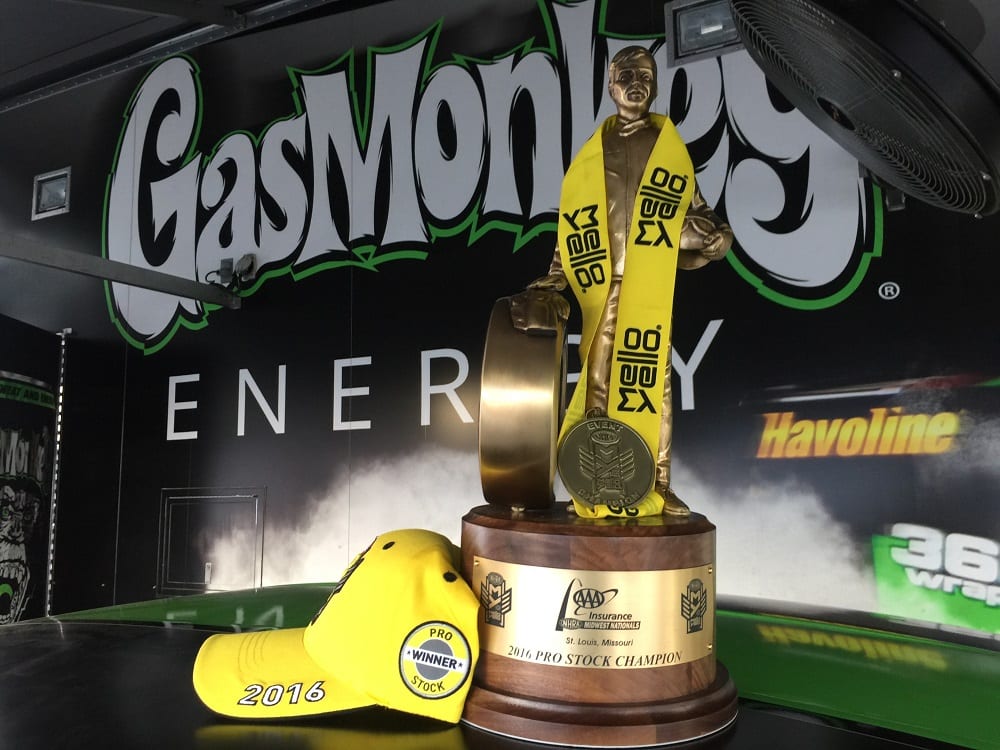 What a roller coaster of a season it’s been for us with the Gas Monkey Energy car. Being it was only my first full season and then learning the car again with all of the rule changes and electronic fuel injection, we didn’t start the season off with the momentum we had hoped for. After several round wins and building our confidence level more each time, getting the green hat for holding down the #1 qualifying spot in Denver definitely proved to the class that we are a real competitor. It was certainly the highlight of my professional career so far and we all worked so hard to get it. 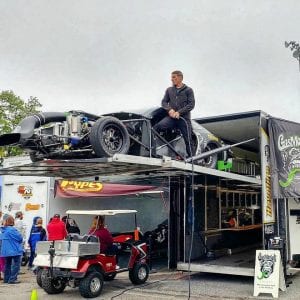 From Denver, there were only a few races left for me to secure my spot in the Top 10 and have a chance to compete for the world championship in the six-race Countdown. We had maintained our spot in the Top 10 for the majority of the year but coming down to the final races before Indy, we had been bumped to 11th. Going into Indy I was just out of 10th by a few points. After getting some bonus points there from qualifying well, I needed to win two rounds to make the Countdown. The pressure was sickening. All I could think about is how bad we wanted it, how much work we’ve put into it, and how it could all be up to me and my own performance if we made it or not. We won the first round and only needed two more points to make the Countdown. Each round was worth 30 points. We made a quick turnaround and got the car back to the lanes for the quarter-finals. I had to race my teammate this round. Both of our cars run just about identical each pass we make. The lights flashed yellow and we both let the clutch out. Shifting up through all five gears, when I got to the top end I looked over and I could see his front end just ahead of mine. There was so much thought and emotion that ran through my body for the last second of the race, even at 210 mph. As the parachutes deployed in the shutdown area I said out loud, “We didn’t make it.” I felt the pain of not only my own defeat, but the guys on the starting line behind me that saw the win light come on in the other lane.

After a few days of reliving the loss, I started to look at it from a more of a positive perspective. I started to think how lucky we are to even have the opportunity to race for the Countdown, alongside some of the best names in motorsports that I’ve personally idolized my whole life. Now they are my competitors. The whole situation, the highs and lows of my thoughts looking back, was just motivation to work even harder. We made some changes in the car, made me a new seat so I’m more comfortable, and experimented with some things since we didn’t really have much to lose at this point. We learned some things that worked and some things that didn’t – either way it’s progress. 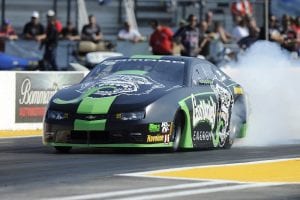 Since I’m not in the Countdown, my only goal for the last six races is to win one. It’s taken most drivers years and years to get their first win. We skipped a lot of the growing pains by getting hooked up with the right people (Gray Motorsports). They’ve given me a car that’s now without question one of the best in the world. I’m now driven to complicate the Countdown for my competitors that complicated my season for me. They keep calling me the spoiler and at first, I didn’t care to hear that. Now, I love it. No doubt it’ll be hard at the banquet after the final race when the Top 10 drivers are on the stage, but for now I’m just going to keep spoiling.

The St. Louis national event was my second race in the six-race Countdown that I could mix it up for the rest of the class more after winning two rounds the week before in Charlotte. We qualified really well on both scorching, hot days out there in St. Louis and ended up fifth. Examining the race ladder Saturday evening, identifying who I’d race each round, I knew I had one of the toughest match ups I could possibly land. I just wanted to take each round one at a time and that’s just what we did. 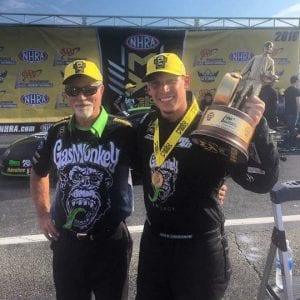 After winning first round, we serviced the car and went back up to win the second. Then we won third round on a holeshot and got to go to the finals. The next hour was a just was a blur as we serviced the car and got ready to head back up to the starting line. As the final round of Pro Stock Motorcycle ran down the track ahead of me, I took a couple of deep breaths and told myself to not worry about the car in the other lane and just focus on my side of the tree. I did my normal burnout routine and could feel the grip in the starting line as the track just got better each round. My dad motioned me up to the beams, held me there while my crew chief set my wheelie bars, and then gave me the clear to roll in and stage. The yellow lights flashed and I snapped my foot off the clutch pedal. The car felt great on the launch and I shifted to second gear with the front wheels still in the air. After plugging fifth gear and getting my hand over and ready for the parachutes, I looked beside me and it’s clear. I knew as long as I didn’t red light, I just won my first race. I took the stripe and saw my win light. My crew chief, Craig Hankinson, told me over the radio, “You won it!”

As the parachutes deployed this time, the next several seconds of silence as I coasted to the end of the track with the ‘chutes dragging behind me was where it really started to hit me. The Mello Yello team greeted me at the end with the Wally and my Yellow Win Hat! I was so happy for my team, for me, for my dad that was back on the starting line, and for the people that told me years ago I couldn’t even do a burnout in a Pro Stock car without hitting the wall. It was a quick hurry to get all the other winners back to the starting line for the winner ceremony on live TV. Everything was just happening so fast. I couldn’t believe I was standing there on the stage with the other winning drivers. It was one of the best days of my life.