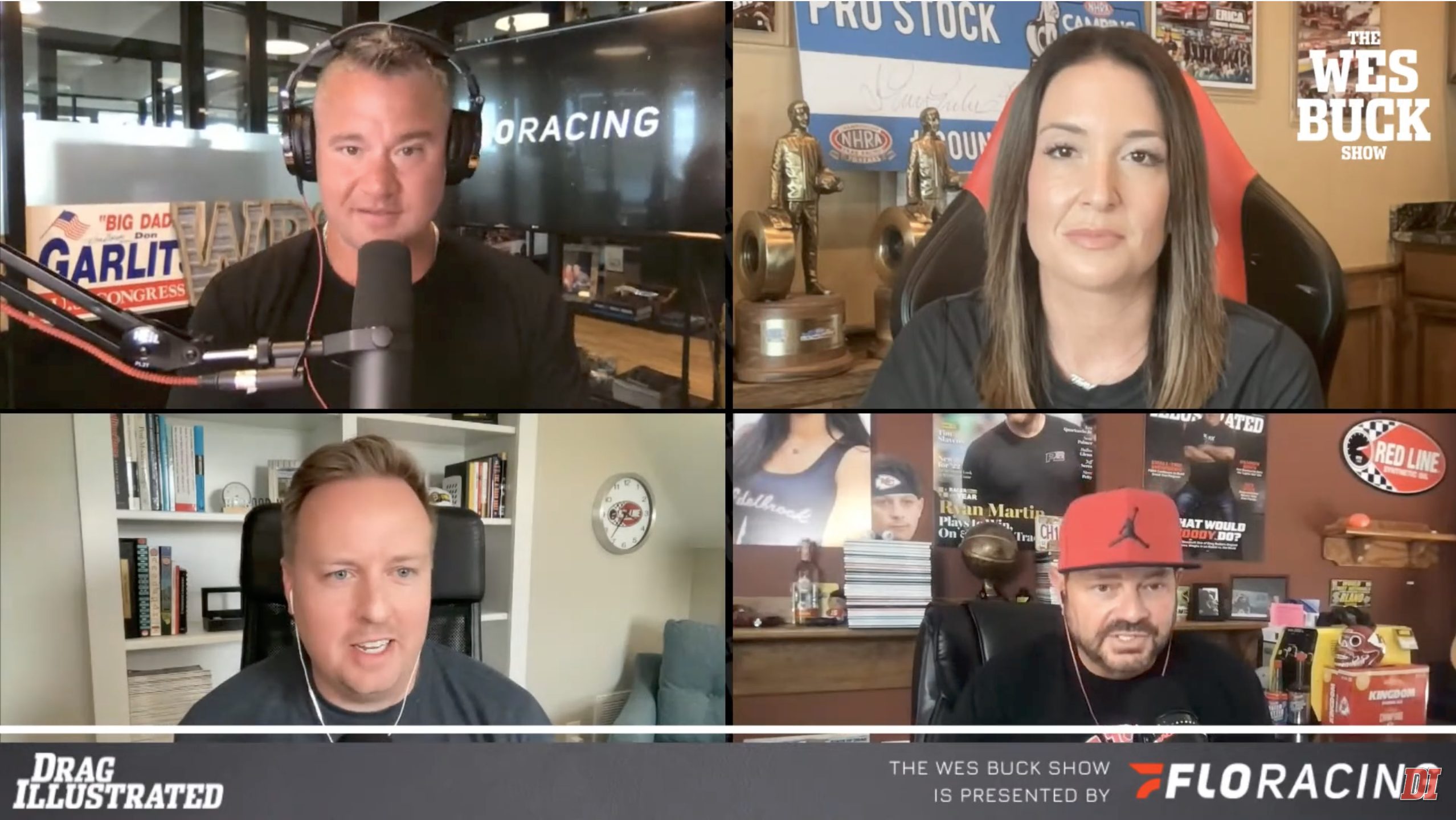 Streamed live at 2 p.m. Central every Wednesday on the Drag Illustrated Facebook page and YouTube channel, The Wes Buck Show is hosted by DI Founder and Editorial Director Wes Buck and co-hosts Mike Carpenter and J.T. Hudson. The trio discusses the latest news and results from all corners of the drag racing world. Each week, the show also features interviews from the biggest movers and shakers in the sport.

“To partner with a group of people that share our vision for the sport of drag racing means everything to us,” Buck said, “and it’s that kind of synergy that gives me such confidence in the impact this expanding relationship will produce. Being able to put original drag racing content – beyond the on-track action Flo has been delivering since they arrived in our space – is paramount to the growth of our sport. Our sport’s drivers, promoters, and influencers need a platform to share their stories, their insights, and opinions, and that’s what The Wes Buck Show is all about. We’re genuinely thrilled.”

“We’re very excited to continue building our relationship with FloRacing,” added Carpenter, who’s also the COO and Design & Production Director at Drag Illustrated. “Having The Wes Buck Show on the FloRacing platform is a huge opportunity for us to reach an even wider audience, and to reach outside of the drag racing community. Personally, I’ve enjoyed watching other forms of motorsports and even sports outside of racing that are now available to me as part of my FloRacing subscription. We also receive a lot of feedback from our viewers echoing that sentiment. FloRacing is investing heavily in the sport of drag racing, and we’re proud to be part of that growth.”

“I think this really speaks volumes for both FloRacing and Drag Illustrated,” said Hudson. “For FloRacing, they have been working to assemble a team with people who live and breathe drag racing, including Courtney Enders, who has been on the front lines in the sport for a long time. On the DI side, our team has worked tirelessly to try to bring all things considered drag racing together and to the forefront in motorsports. We started this show years ago after noticing there was no real place to talk drag racing in the digital world. It sure has come a long way, and I’m still a little taken back by how many people tune in each week. Now hopefully with another platform in FloRacing, maybe we can reach even more and help spread the word of how great drag racing is right now.”

Adding The Wes Buck Show into the fold at FloRacing was a key initiative for Courtney Enders, who was recently named FloRacing’s new Drag Racing Content Creator.

“Flo brought me on to help with the mission of becoming the ‘essential destination for all things drag racing’ and I know that is an impossible task without a partnership with Drag Illustrated,” Enders said. “Not only is FloRacing.com the place for live streaming, but we are doing all we can to keep the Flo subscribers on the up-and-up for all things off the track as well. The Wes Buck Show is absolutely the show for that. The drag racing community trusts and believes in Drag Illustrated, and so does Flo.”

The Wes Buck Show joins FloRacing’s current lineup of motorsports shows, primarily focused on dirt racing. With an increase in subscribers interested in drag racing, FloRacing recognized the need for a program focused on drag racing.

“Bringing The Wes Buck Show to FloRacing.com will take our subscribers deeper into the sport than we ever could alone,” Enders said. “This partnership will take the gospel Wes preaches and spread it to the hundreds of thousands of FloSports subscribers. Together, Drag Illustrated and FloRacing can take the awareness of our sport to another level. In my short two months at Flo, we have made big moves, and I am so very proud of the trust they’ve put in me to give drag racing the love it deserves.”

Building on Drag Illustrated’s partnership with FloRacing was an easy decision for Buck, who believes strongly in the platform and what it brings to drag racing.

“There is no limit to the good that Flo can do in our sport,” Buck said. “It goes beyond exposure and eyeballs. They’re partnering with sanctions, series, events, and promoters to change the economy of drag racing. There is perhaps nothing more important than the success of our track operators and event promoters. Their success is what fuels the improvements of facilities, increases purses, and keeps the sport moving forward. Big things are happening in drag racing, and Flo is playing a big part in it.”

Clips from The Wes Buck Show can be found here: https://www.floracing.com/collections/7932200-the-wes-buck-show-clips