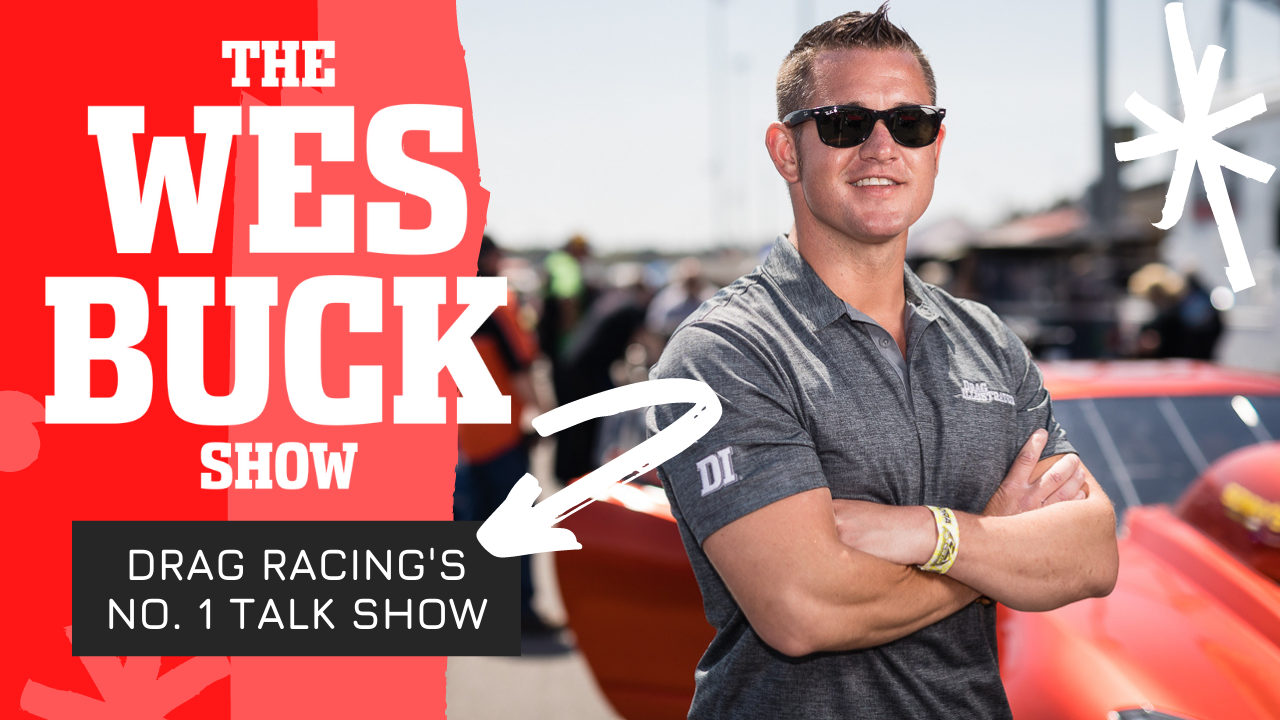 The Wes Buck Show will make its first visit to Ennis, Texas, this week, live from the legendary Texas Motorplex on Wednesday, October 6 (2 p.m. – 5 CT) during the inaugural Texas Stampede of Speed leading up to the NHRA Fall Nationals.

The three-hour drag racing news and talk show will air on YouTube and Facebook, highlighting key storylines and offering news, analysis and predictions ahead of the third of six NHRA Countdown to the Championship events outside Dallas. The Wes Buck Show will broadcast live from the newly remodeled tower and luxury suites at the Texas Motorplex, capturing the environment during what is being heralded as the richest week in drag racing.

The show is hosted by DRAG ILLUSTRATED founder Wes Buck, with supporting commentary from Mike Carpenter and JT Hudson.

“This is a big moment for the show and the whole team,” said Buck. “We’ve done a few remote broadcasts in the past, but nothing to this level and certainly nothing with this kind of pomp and circumstance surrounding it. What Andy Carter, Christie Meyer and the Meyer family – everyone at the Texas Motorplex – have done with the Stampede of Speed is nothing short of incredible and we believe it represents a landmark moment in the sport of drag racing. We couldn’t be more excited to be a part of it.”

The show will air during an eight-hour open test session for professional teams competing in the NHRA Camping World Drag Racing Series and will precede a Pub Crawl and Movie Night with Don “The Snake” Prudhomme in downtown Waxahachie, Texas.