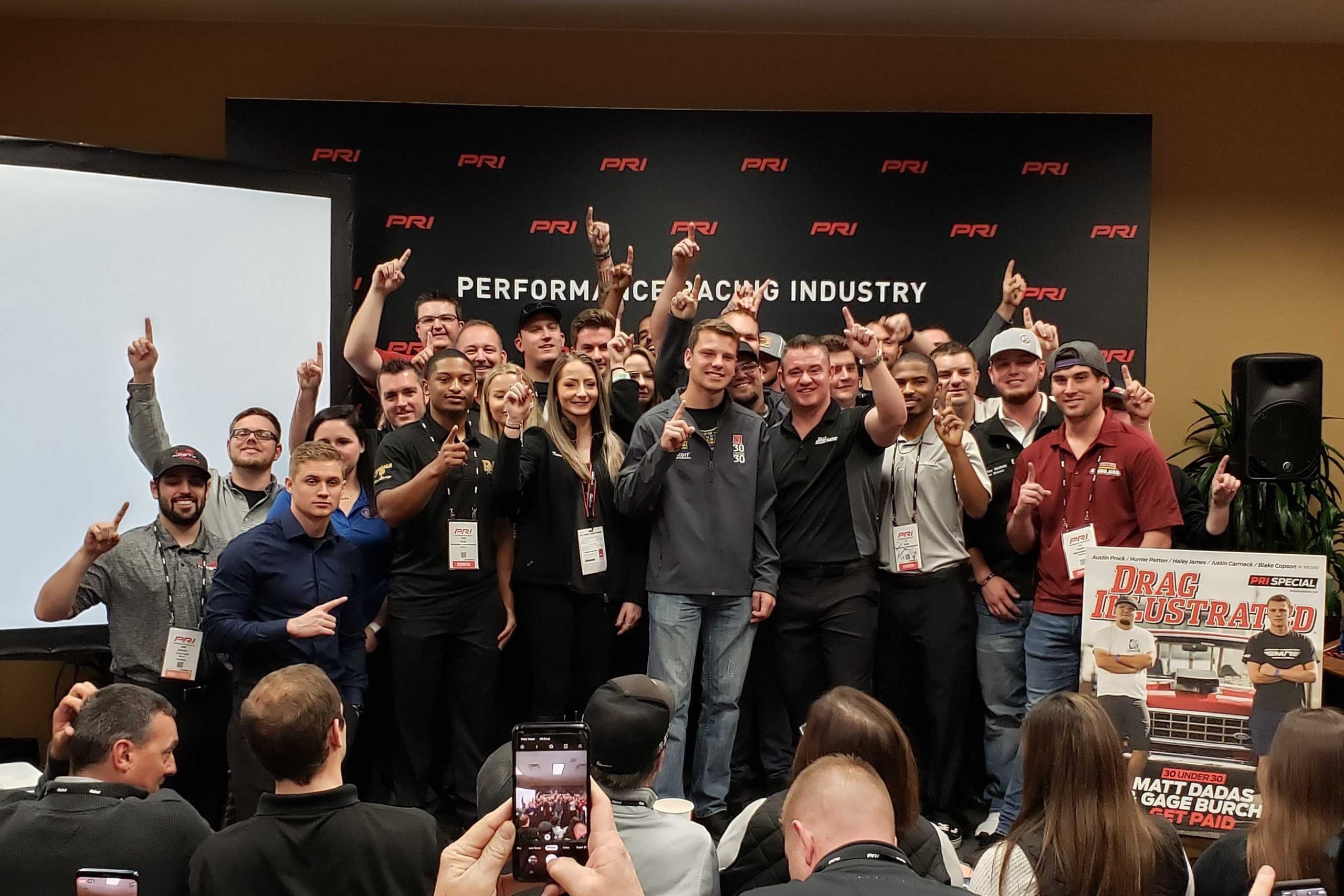 Drag Illustrated announced today it will not publish its sixth annual 30 Under 30 list this year. The list, which celebrates 30 outstanding young people in drag racing, is usually published in Drag Illustrated’s December issue, and its honorees are typically celebrated during a major press conference at the Performance Racing Industry (PRI) Show in Indianapolis.

“This certainly isn’t news we wanted to break, but we felt it would be best to hold off on creating our sixth 30 Under 30 list,” said Wes Buck, founder and editorial director, Drag Illustrated. “Our team has been deliberating over this decision for quite some time now. We’ve typically started accepting nominations for the list around now, so it made sense to make a decision and announce it as soon as possible.”

A major factor involved in the decision was the Sept. 14 announcement from the Performance Racing Industry group that the 2020 PRI Show is canceled.

“The 30 Under 30 press conference at the PRI Show is such a critical piece of the puzzle,” said Nate Van Wagnen, editor in chief, Drag Illustrated. “It’s become a tradition to get the 30 Under 30 honorees up on stage in front of a huge crowd of their supporters. We’ve had honorees travel to Indy from all over the country and even around the world to be a part of that celebration. By putting together a list this year, we would strip this year’s honorees of that experience.”

Another factor behind the 30 Under 30 postponement is the reduction in racing this year due to the COVID-19 public health crisis.

“We consider accomplishments in a number of different series, sanctioning bodies and forms of drag racing when we put together the 30 Under 30 list,” said Van Wagnen. “Across the board, racers, tuners, fabricators, media members and other candidates have had far less opportunities to showcase their talents this season.”

However, the magazine recognizes that plenty of racing has happened in 2020 despite challenging circumstances. Accomplishments from the 2020 season will be heavily considered when the 2021 30 Under 30 list is compiled. Additionally, candidates who are eligible this year (younger than 30 as of January 1, 2020) will be eligible in 2021.

“It wouldn’t be fair to completely ignore the victories and major steps the sport’s young people have taken this season,” Van Wagnen said. “Rest assured we’ll keep these accomplishments in mind this time next year.”

In place of the 2020 30 Under 30 list, Drag Illustrated will highlight numerous past 30 Under 30 honorees who’ve gone on to do even bigger things since appearing on the list. This feature will appear in the November issue.

“Most people think the 30 Under 30 list is about honoring past accomplishments – and it is – but it’s also about recognizing the potential for future accomplishments,” Buck said. “We like to ask the honorees about their goals in these features, and a lot of them have gone on to do exactly what they set out to do. We’ve had honorees go on to win big races or major championships, move up to quicker and faster classes, and expand their businesses. We want to recognize those accomplishments.”