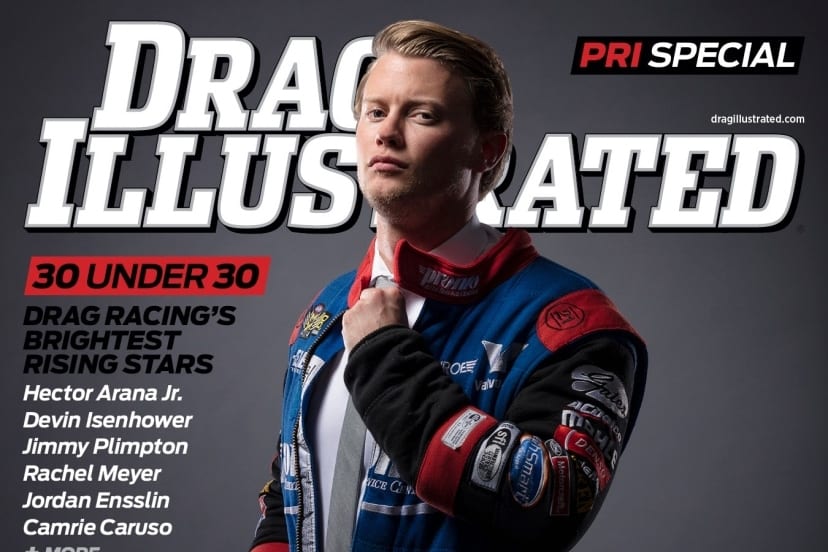 Made up of 30 young drivers, crew members, tuners, fabricators, media members and other drag racing insiders, the Drag Illustrated 30 Under 30 list seeks to shine a light on the rising stars of the straight-line sport. The list, which features personalities from numerous classes, series and countries, was picked by a panel of Drag Illustrated staffers after reviewing thousands of nominations from the drag racing community submitted through the ZP Performance Steering Nomination Process.

“I’m so proud of our fourth annual 30 Under 30 list and what it represents,” said Wes Buck, Founder and Editorial Director, Drag Illustrated. “As a sport, we need to be looking forward and identifying the next superstars and heroes who will carry drag racing into the future. This is our way of recognizing the accomplishments of a group of young people we believe have done big things and encouraging them as they continue to make moves in the sport.”

Leading the 2018 30 Under 30 list is Blake Alexander, who earned his first two NHRA Top Fuel victories during a standout 2018 campaign with Bob Vandergriff Racing.

“Being on the cover of Drag Illustrated is an honor and a great landmark in my young career,” Alexander said. “It means a lot to have my story told on the pages of the 30 Under 30 issue, especially after this 2018 season. This is a year I will never forget.”

“We always do our best to include honorees from all corners of the sport, but this year’s list is perhaps our most diverse list yet,” said Nate Van Wagnen, Editor-in-Chief, Drag Illustrated. “From championship-caliber NHRA sportsman racers to small-tire racing stars, Australian Top Fuel tuners to series promoters and track managers, the 2018 30 Under 30 list truly represents the future of drag racing in all of its forms.”

Free copies of the Drag Illustrated 30 Under 30 issue are available at locations throughout the PRI Show. The digital edition of the issue is also available for free at www.digital.dragillustrated.com.