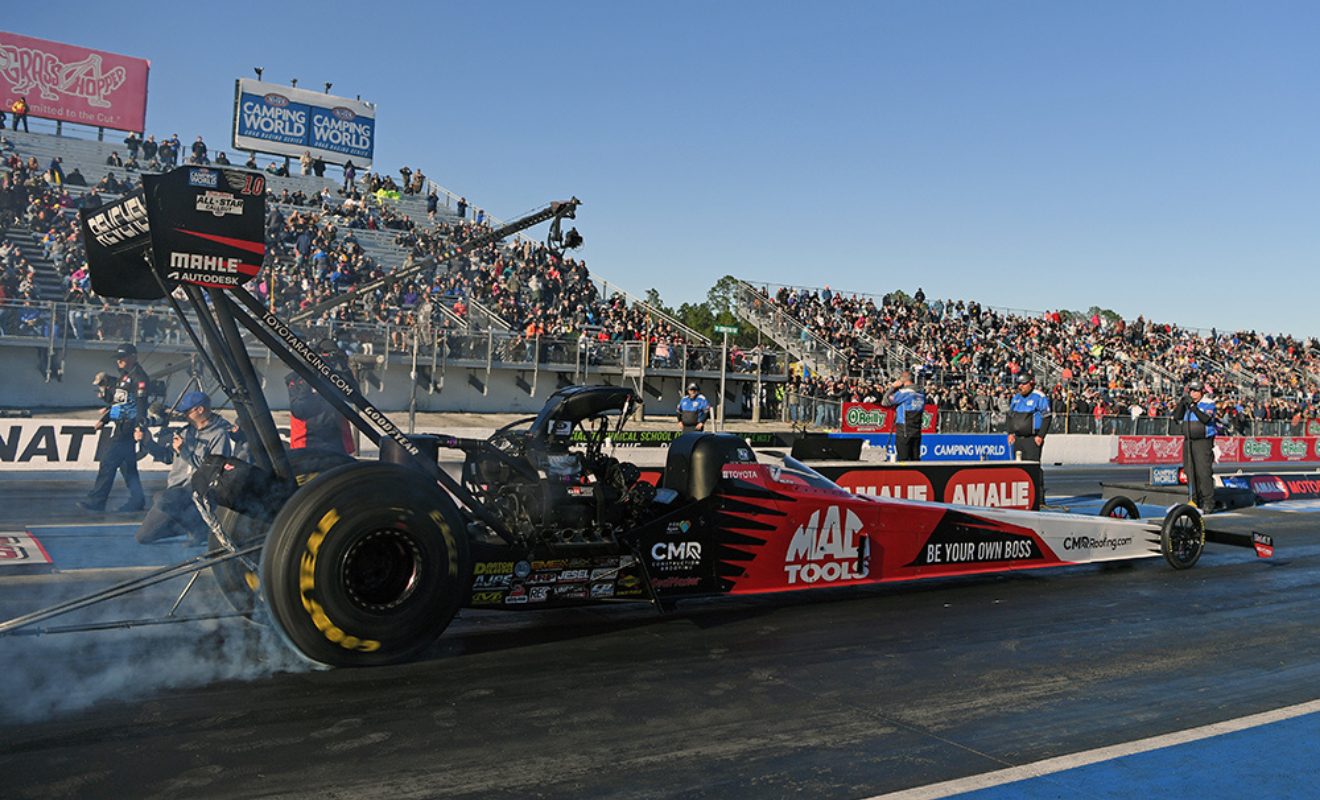 The Gatornationals is an epic event that perennial championship contender Doug Kalitta has won three times driving the Mac Tools Top Fuel dragster. This weekend Kalitta was looking to become just one of five drivers to have collected four or more Top Fuel victories at the race held at Gainesville Raceway. Tough qualifying conditions that included rain and frigid temperatures truncated qualifying to one session and impacted race day. With only one run Kalitta made the most of it posting a 3.718 second pass at 330.47 mph to wind up No. 5 going into eliminations. It was another solid qualifying effort after his No. 1 qualifier two weeks ago at the Arizona Nationals.

In the first round Kalitta faced Top Fuel newcomer Alex Laughlin and the veteran did not take the former Pro Stock racer lightly. Kalitta got the jump off the starting line and never trailed in the race winning with an improved 3.708 second pass at 330.80 mph. It was continued performance dominance for the 49-time national event winner.

In the quarterfinals Kalitta was paired up with Arizona Nationals winner Mike Salinas. In an incredibly close race, the Mac Tools Top Fuel dragster was less than four feet from its first semifinal of 2022. Kalitta and Salinas took off together from the starting line and roared down the track side by side. They both flew across the finish line with strong times of 3.698 seconds and 3.701 seconds at 331.45 mph and 330.47 mph, respectively. It was the closest Top Fuel race of the day with Salinas advancing.

“The performance of this Mac Tools Toyota Top Fuel dragster is really coming around,” said Kalitta. “The win lights will start lighting up. We got a good win the first round and just missed another win . The competition is really tough, but I like my chances for sure. (Crew chiefs) Alan (Johnson) and Brian have a good handle on the race car and I feel really comfortable behind the wheel. I am ready to get to Las Vegas.”