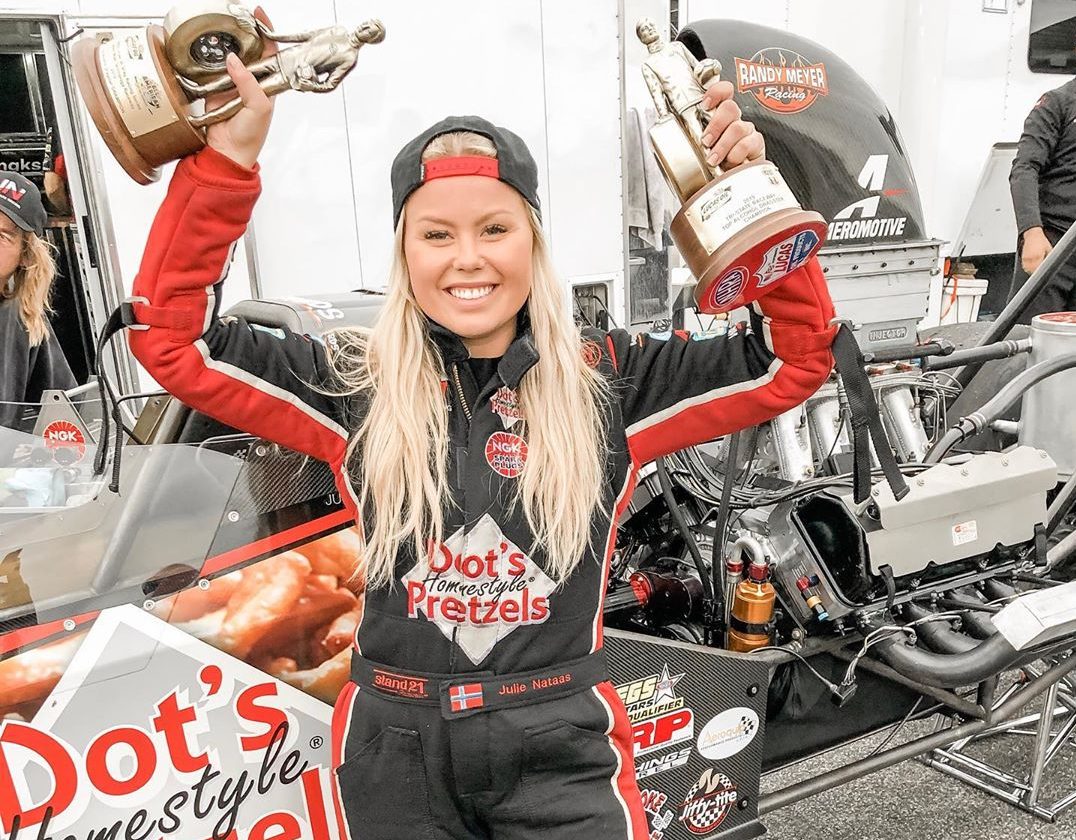 The Lucas Oil Drag Racing Series regional event originally held in Earlville, Iowa was rained-out and postponed to be completed at the St. Louis regional race this past weekend. The Randy Meyer Racing Team, with drivers Julie Nataas and Matt Sackman, held the number one and five qualifying spots, respectively, and both cars won their first round of eliminations. However, Matt Sackman fell in the semifinals while Nataas won the event over Dean Dubbin.

For the St. Louis Regional race, known as the All-American Showdown, Sackman claimed the No. 2 qualifying spot with his 5.24 ET in the NGK Spark Plugs dragster, while Nataas sat third with a 5.26 ET in the Dot’s Homestyle Pretzels/Menards Racing dragster. Unfortunately, Sackman smoked the tires and lost in the first round to Brandon Greco. Nataas ran a 5.30 ET to win her first round against Jared Dreher, who had a horrible accident and went airborne after half-track. He got out of the car on his own power and was okay.

Nataas went on to defeat Brandon Greco with another 5.24 ET, and then took down Mick Steele in the final round with a 5.30 ET at 276 mph.

The Randy Meyer Racing Team has collected a total of 13 wins this year between all five drivers.

Megan Meyer and Julie Nataas will compete together again this weekend for the NHRA NTK Nationals at zMAX Dragway. The team will get only two qualifying chances to make the field on Friday, with first and second round of eliminations coming on Saturday. Fox Sports 2 will air the Lucas Oil Series classes on Thursday, October 24th at 9pm ET. 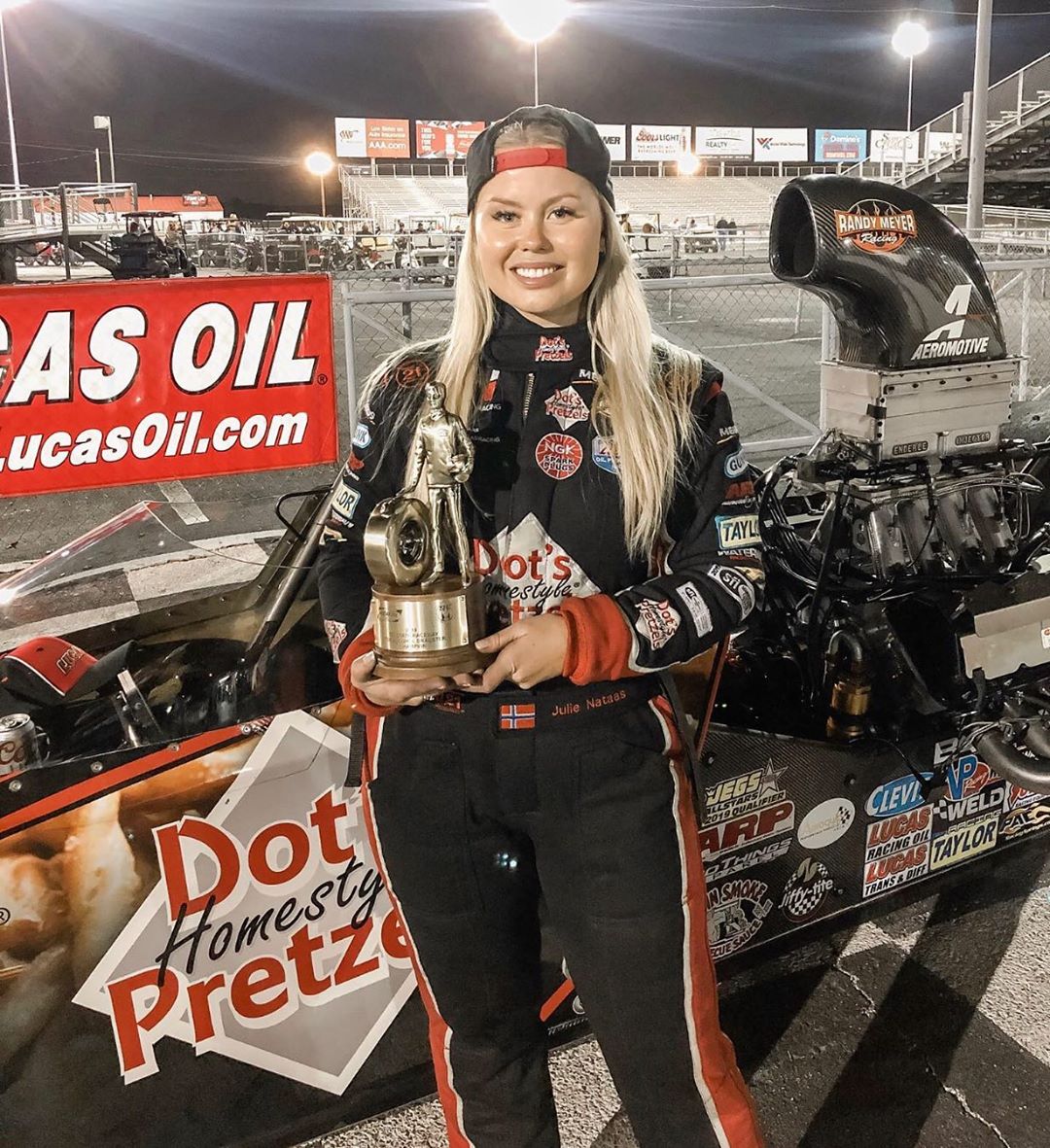