NGK Spark Plugs USA, Inc., the Original Equipment leader in automotive ignition technology for both domestic and import vehicles, announced during the PRI Show that it has extended its relationship with NHRA Top Sportsman drag racer Don O’Neal.

O’Neal has used NGK racing spark plugs in his 1999 Monte Carlo 632 Big Block Chevy engine with three-stage nitrous for the past five years and now O’Neal will look to use NTK engine sensors in a new race car. NTK is a member of the NGK Spark Plugs family of brands.

“This is a logical extension of our expansion into sensor technology,” said Danielle Orlando, General Manager of Marketing, NGK Spark Plugs. “There is a natural fit between the ways Don O’Neal and NGK think and do business.  We’re both moving into new markets together in 2019.  NGK is bringing its expanded NTK sensor line to consumers and into the motorsports world, while Don’s team has an exciting new race vehicle and engine combination. We are confident this will be a long-term, winning combination and are looking forward to a great partnership together in 2019 and beyond.” 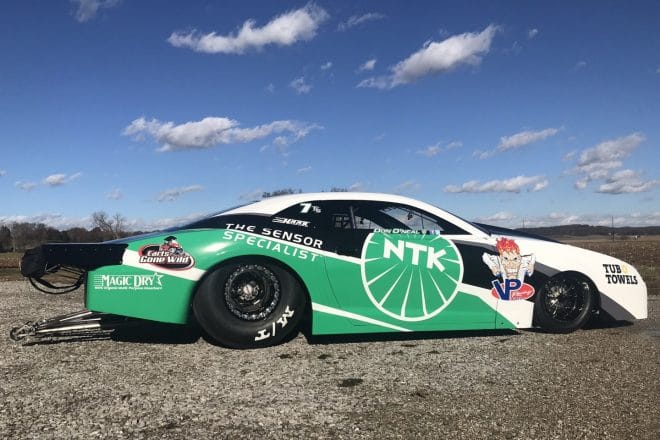 O’Neal, who finished seventh in the NHRA’s national Top Sportsman standings in 2018, will compete with a different vehicle and power package in 2019. His new race car, a 2015 Chevrolet Camaro, will be powered by a Magnuson-supercharged Chevrolet 427 LS engine with VP Racing methanol. The engine will be triggered by a set of NGK racing spark plugs.

“I prefer NGK because of their quality,” O’Neal said. “They have less than a 1% failure rate. We don’t have time for any mechanical failures. We need our spark plug to light and stay lit so we can complete the run.”

O’Neal’s new car, branded with both the NGK and NTK brands, was unveiled at the show in the Lucas Oil Arena feature vehicle hallway.

Drag racing has become technology-driven, O’Neal went on to say. Sensor information is now the key to a successful program and that is where the decision to align with the NTK brand stemmed from.

Top Sportsman cars are among the most interesting in all of drag racing, from a technical standpoint. The rules allow for supercharged, turbocharged and nitrous oxide-injected engines. The cars are full-bodied and typically complete their quarter-mile pass in seven seconds or less, routinely surpassing 200 mph. The Top Sportsman category is part of the NHRA’s Lucas Oil Drag Racing Series for sportsman racers. It is among the fastest categories in sportsman drag racing.

“We are making the switch from a car with three stages of nitrous boost to a supercharged car,” O’Neal said. “We wanted to make this change because we felt today’s customer could better relate to this new set-up. This new engine/vehicle combination is an opportunity for us to communicate the product message and the brand story about NGK and NTK’s OEM quality to everyday people. It’s our goal to help create customer loyalty for both NGK spark plugs and now the newly expanded NTK line of oxygen and technical sensors. These are products we’ll be putting into play and they’re also products everyday people use in their own vehicles.”

The start of the 2019 drag racing season is still two months away, but Don O’Neal has already jumped ahead. 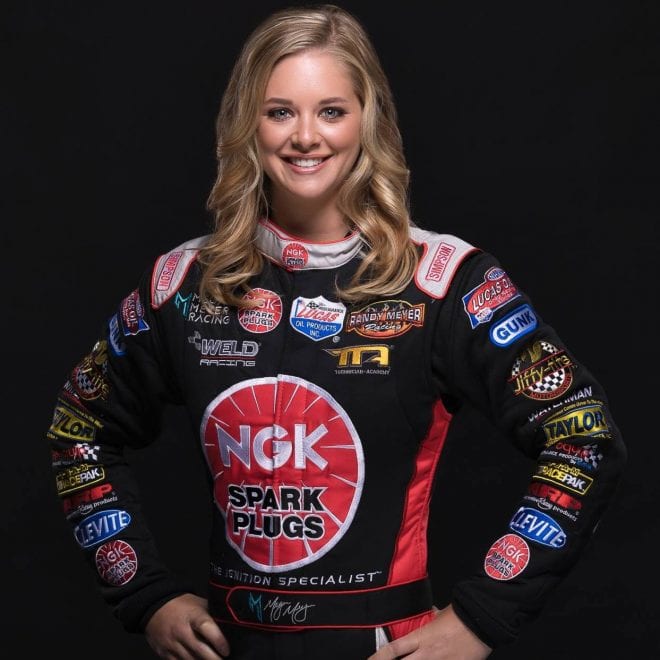