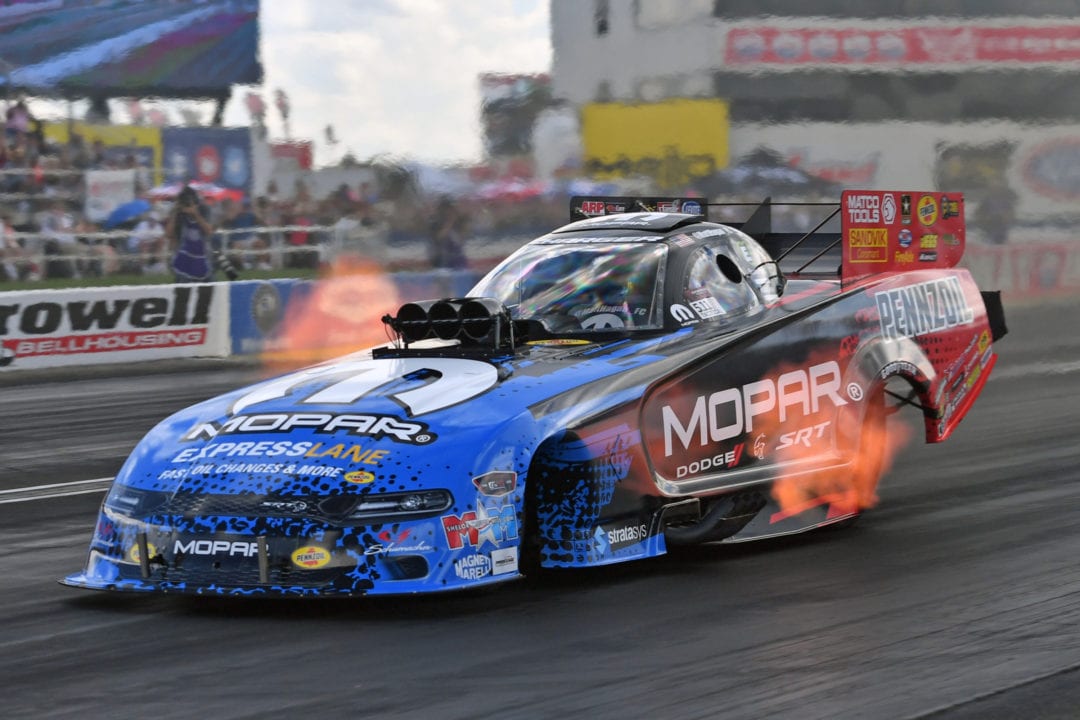 Dodge//SRT and Mopar announced today a partnership with Pennzoil to pump up participation in the National Hot Rod Association (NHRA), doubling their number of event title sponsorships for the 2019 season.

Mopar will claim headline sponsor duties at the NHRA tour stop in Houston, and Dodge//SRT will take title rights for the fall NHRA Las Vegas race. The brands will also continue their primary sponsorship roles at NHRA events near Denver and Reading, Pennsylvania.

“With growing interest in drag racing, Dodge//SRT and Mopar are doubling down on our commitment to NHRA for the 2019 race season, partnering with Pennzoil and adding new event title sponsorships that will supercharge our outreach to the performance lovers who fuel our brands,” said Steve Beahm, Head of Parts and Service (Mopar) and Passenger Car Brands, FCA – North America. “Many of our customers carry a passion for performance on the street and on the strip, and our long-running involvement with NHRA offers the perfect opportunity to connect with these car enthusiasts and owners. Our two new event title sponsorships help us strengthen that connection.”

“NHRA is excited to expand upon our partnership with Dodge//SRT and Mopar, while bringing on another prominent brand in Pennzoil,” said Brad Gerber, NHRA Vice President of Sales and Chief Development Officer. “We’re looking forward to having fun and lots of excitement in the following years with Dodge//SRT, Mopar and Pennzoil as partners.”

The new event title sponsorships represent multiyear commitments by Dodge//SRT and Mopar. Pennzoil will serve as presenting sponsor at the four events, deepening an already strong on-track relationship between the three brands.

“We’re excited to be building on the strong relationship we have with Dodge//SRT and Mopar both on and off the track,” said Patty Lanning, Vice President of North American Marketing for Shell Lubricants. “Pennzoil has over a hundred years of history as a nationally-recognized brand, and has deep roots in motorsports, including many successful years in NHRA. The track provides the perfect high-intensity test environment for our products, and we’re proud of the fact that the oil technology that runs in Top Fuel and Funny Car is the same technology that goes into consumer vehicles on the road every day.”

America’s performance brand will also return as title sponsor of the Dodge Mile-High NHRA Nationals Presented By Pennzoil on July 19-21, marking 31 years with FCA US LLC as the title sponsor at Bandimere Speedway, nestled in the Rocky Mountains near Denver. The Mopar Express Lane NHRA Nationals Presented By Pennzoil, formerly known as the Dodge NHRA Nationals, will be renamed and rumble into tradition-rich Maple Grove Raceway near Reading, Pennsylvania, on September 12-15. 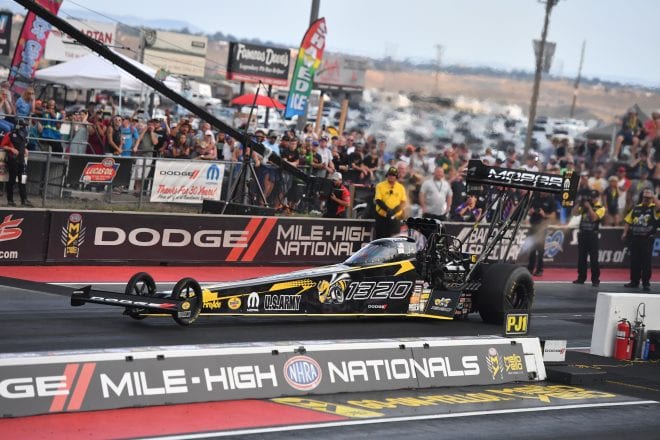