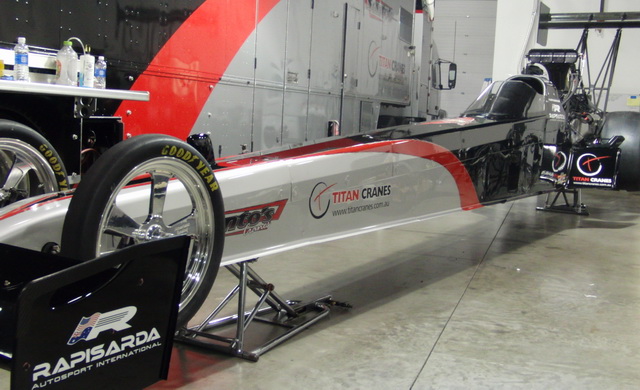 The Rapisarda Autosport International organization, led by Australia crane mogul Santo Rapisarda and his sons Santo Jr. and Santino (Tino), announced its new association with Dixon and crew chief Beard last month with a proposed schedule starting at the Amalie NHRA Gatornationals at Gainesville on March 14-17.  However, the Indiana-based team decided to step up its 2013 program with entries at the Winternationals next week and the Arizona Nationals at Firebird Raceway in Chandler, Ariz., on Feb. 22-24. 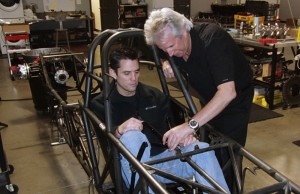 The 2013 NHRA Mello Yello drag racing campaign marks the first time Dixon and Beard have worked together in the Top Fuel ranks.

“I have always competed against Lee but never worked with him,” said Dixon, the second-winningest Top Fuel driver (62 wins) in NHRA history.  “I have admired his work from afar. Now that I see the behind the scenes effort Lee has prepared with the car and team with the Rapisarda family, it makes me very excited to come to Pomona.  Lee has been very successful in the past and I see this program being no different.”

But like it or not, Dixon and Beard know their team’s Pomona effort will be more of a testing session than a race.

“I wish we had been able to do a little testing before going out west,” Dixon explained.  “But Santo was excited with the effort everyone has put in and wanted to start the season out at Pomona and I’m very anxious to get to Pomona too.  Lee and the crew have worked hard to prepare the equipment for the season opener as well as the Phoenix race.”

Beard, a 54-time winner as a Top Fuel and Funny Car crew chief and tuner, says the first two races will be used to test the current Rapisarda Autosport International equipment as the team gains 2013 parts.

“This program did not come together until mid-January,” said Beard, who serves as director of operations.

“As a team, we have worked long and hard hours. We still have a lot to do. We feel it is necessary for us to be at Pomona and we are doing whatever it takes. We will treat it as our first test session.”

“I think you have to be realistic in your expectations at this point,” said Dixon, who resides in Avon, Ind., after growing up in Southern California.  “But I’m cautiously optimistic.

“As we pull into the gates at Pomona, I think we have everything it takes to win.  But we don’t have any time slips to show for it.  We don’t have that level of confidence that a Schumacher or Force team might have after having a whole winter of testing.  We just have to go out at Pomona and hit the gas and look for a solid time slip.”

Dixon and Beard have been impressed with their team’s hard work in preparation for the Pomona race next week.

“It was a strong effort by everyone at the team to get ready for Pomona and Phoenix, said Dixon.  “We wanted to go out to the west and begin collecting points for the NHRA Mello Yello championship.  Everyone is tied for first place right now and, if you don’t go to the first couple of races, you are going to be tied for last.

“So we made the decision to go to Pomona and Phoenix.  You need to get going right out of the gate.  Whether you are full time or part time on the NHRA circuit, you will have the mindset to score points and see how things can shake out towards the end of the season.”