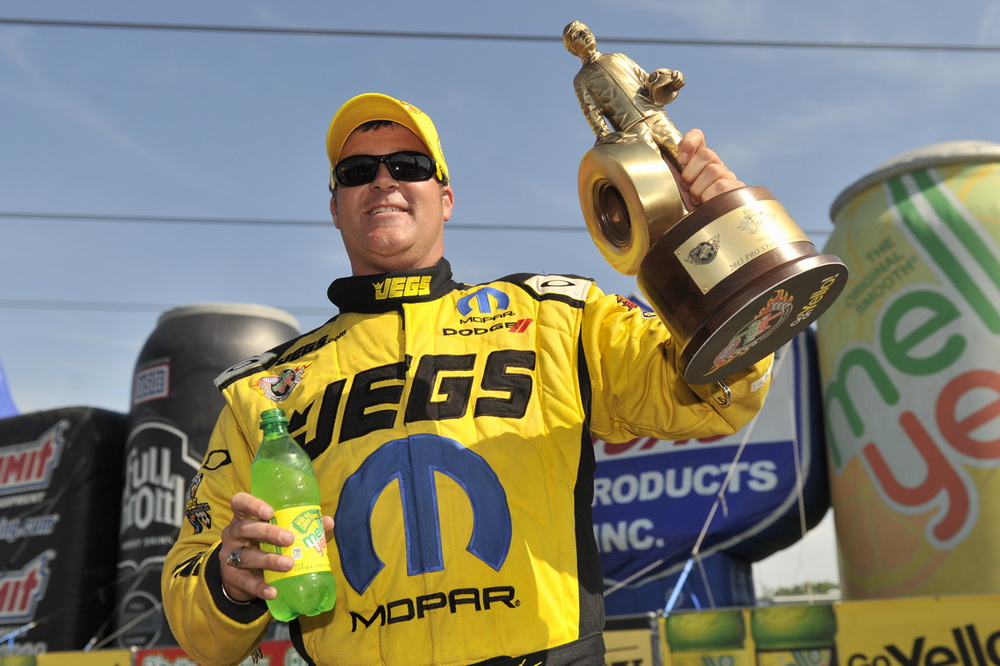 “Jeg and I have been friends for years, and this is something we’ve talked about from time to time,” Freeman said. “The situation presented itself where he could jump in Erica’s backup car and have some fun with us on the Western Swing and at Indy, so I called him up to see if he’d be interested. He was, and we’re planning on winning some races together.”

Coughlin’s Camaro will be tuned by the existing trio of Rick and Rickie Jones and Mark Ingersoll.

“I’m excited and honored that Richard and his guys thought of me,” Coughlin said. “This program needs no introduction. Erica showed everyone in the class what that car and team are capable of last year and to follow in her footsteps will be a tough chore, but it’s a challenge I accept with a big smile.

“It’s going to be a unique situation for me where I’m sort of just a hired driver with no stake in the operation other than my passion and will to win. I’m certainly cognizant of my supporting role to what the team is trying to accomplish again this year, and I’ll do all I can to help them reach their goals.”

This isn’t the first time Coughlin has driven for Freeman. The duo hooked up in 2006 when Coughlin drove a Competition Eliminator entry for Elite Motorsports at the prestigious U.S. Nationals in Indy, the sports biggest and longest-running event.

“Richard and I have been buddies forever and it was fun to drive his car back in ’06,” Coughlin said. “Ever since then we always joked around about racing together again, and when this deal came along I guess all the pieces just fell into place for us to go ahead and do it again.”

Freeman made it clear that Coughlin will have all the tools at his disposal to rack up career win No. 75 while he’s with his team.

“Jeg will have the same equipment and horsepower that Erica has, and the crew will prepare that car exactly that same as they did earlier this year when Erica won some races with it,” Freeman said. “We want to give him every opportunity to win. If I have it my way, it’ll be Erica and Jeg in the final round at every race.”

Speaking of JEGS, the JEGS Allstars event took place at the NHRA Route 66 Nationals near Chicago last Saturday. The event draws the top Sportsman competitors from each of NHRA’s seven divisions (or four regions in Top Alcohol) to battle it out for a large purse and, of course, bragging rights. Full results from the Allstars are available can be found over at TeamJEGS.com.

Multi-time JEGS Allstars qualifier Bruno Massel is a busy man this year, as Competition Plus reports. On top of a stacked national racing schedule, Massel can also be found in front of a camera most of the year. He joins the ESPN2 reporting staff for live events and hosts TruckU and Garage Squad on the Velocity channel.

One of the must-read articles in our annual Nostalgia special issue is Editor-in-Chief Wes Buck’s “Big Daddy” Don Garlits interview. Garlits shares his thoughts and opinions on anything from flying saucers to the current state of drag racing.