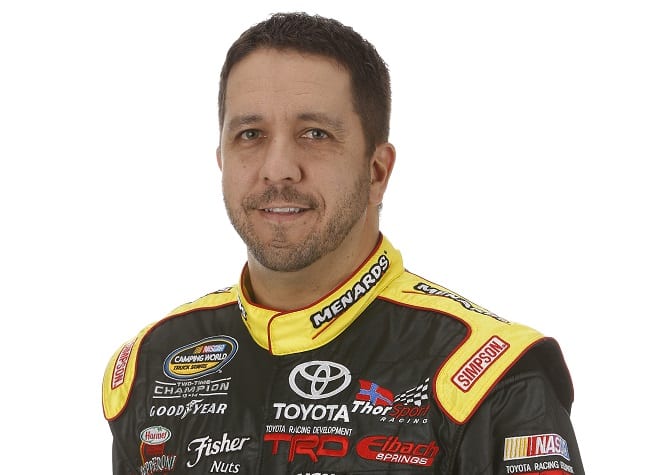 It’s not unusual to see some of NASCAR’s star drivers checking out their straight-line counterparts when the NHRA Four-Wide Nationals roll into zMax Dragway. The Concord, North Carolina facility is in the heart of NASCAR country, with many of the team shops and home bases just a quick drive away from the remarkable four-laned dragstrip. One of the NASCAR drivers you can expect to see at the track this weekend is defending NASCAR Camping World Truck Series champion Matt Crafton.

Crafton will jet back to Charlotte from the Martinsville race to join Top Fuel driver J.R. Todd and Kalitta Motorsports for the SealMaster Track Walk on Sunday morning. The two SealMaster-sponsored drivers will lead the track walk alongside local Pro Stock racers Shane and Jonathan Gray. 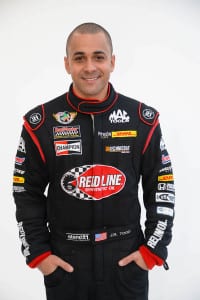 “We always like to welcome stars from other forms of motorsports to the track,” said Todd. “Matt is a champion in another motorsport, so it is always interesting to get their perspective on what we do at the track.”

Crafton, the only driver to win back-to-back championships in the NASCAR Camping World Truck Series, is coming off a dominating win at Atlanta. On Saturday, he will compete in the Kroger 250, a race he won last year.

“I’m looking forward to attending the NHRA drag races this weekend on behalf of SealMaster and Kalitta Motorsports,” said. Crafton. “The 4-Wide Nationals are an experience like no other. To stand that close to the action and feel the 10,000-horsepower nitro engines go from 0 to 300 MPH in a four-lane configuration is insane. These guys are some of the best in the world.”

Crafton drives for ThorSport Racing, which, like SealMaster, is a part of the ThorWorks Family of Brands. SealMaster is in its second season of sponsorship of Kalitta Motorsports’ Top Fuel teams of J.R. Todd and Doug Kalitta.

“ThorSport Racing was known as SealMaster Racing 15 years ago when Matt was hired to drive the No. 88 truck,” says SealMaster spokeswoman Debbie Hufford, adding, “He and SealMaster have a special history, and to this day he’s a great brand ambassador. We’re excited he’s leading the SealMaster Track Walk with JR and championing our partnerships with the NHRA and Kalitta Motorsports.”

Fans can join Todd, Crafton and the Gray brothers for the SealMaster Track Walk at 11:45 AM on Sunday. The walk will be followed by the NHRA Four-Wide Nationals eliminations at 1 PM.