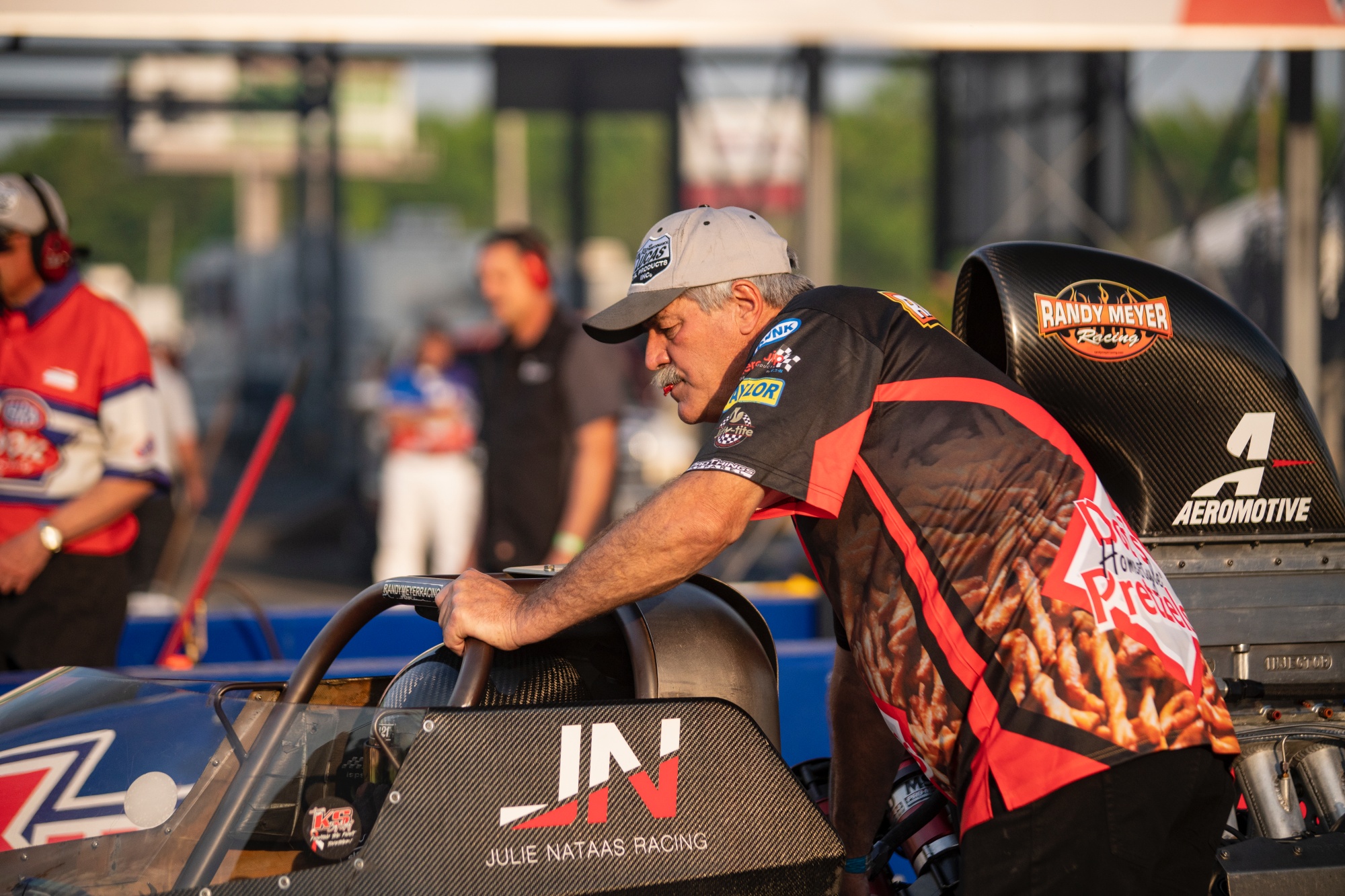 Randy Meyer has guided his drivers to nearly every accomplishment imaginable in the NHRA’s Top Alcohol Dragster class. His drivers collectively have won two world championships, numerous divisional and regional championships and 101 events between nationals and divisionals.

While racing at the 66th annual NHRA U.S. Nationals near Indianapolis over Labor Day weekend, Meyer tuned his daughter, Megan Meyer, to two of her latest major accomplishments. She won the prestigious event for the second year in a row, setting a new E.T. national record in the process. Her 5.097-second pass at 278.81 during the second round of eliminations made her the first driver in Top Alcohol Dragster history to dip into the 5.00s, and her 5.090 at 280.54 in the semifinals became the new national record. The previous record, 5.103, was set by Bill Reichert in 2007.

The record performance and win capped off a milestone weekend for Randy Meyer Racing, as the team fielded three cars for the first time ever. Megan, the defending world champion, was joined by her younger sister, Rachel, and Julie Nataas. All three drivers were racing in the JEGS Allstars event. In the week leading up to the race, Megan announced her plans to step away from Top Alcohol Dragster competition after this season.

DRAG ILLUSTRATED caught up with Meyer after the Big Go to talk about the team’s record-setting weekend.

You’ve been the closest to touching Bill Reichert’s record over the last few years. How long has that record been on your radar?

I don’t know that it’s really been on my radar. We just always run as hard as we think we can. We’re there to run fast and win the race. What happens, happens on the scoreboard. I was thinking with Megan going out, it would be nice to see if we could put her in the record books on her way out. It would be a good wedding present for her.

At what point over the weekend did you realize it was possible to run that quick?

I knew when we got into the pedalfest first round with Joey [Severance] that the thing was responding like I was looking for it to respond, I was just a little bit too aggressive. We backed it down from there, then that’s when everything fell into place. We knew we were close. We ran really good when we were up there three weeks prior with Rachel at the Indy regional. Rachel ran 285, so we knew if we had decent weather that we could probably get close to it or run deep into the teens. 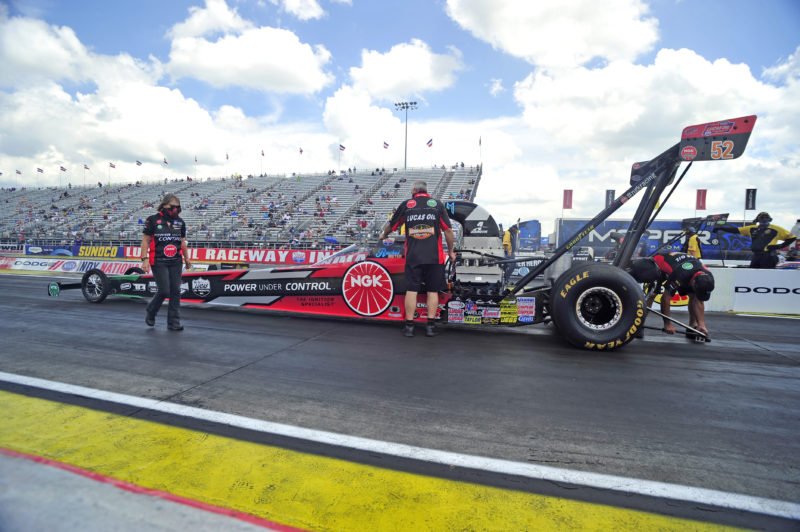 I think a lot of people were surprised that you were able to repeat and actually run a few thousandths quicker the following day. Is that what you were expecting or were you surprised too?

I wasn’t surprised because I just tweaked some areas I didn’t like and just tweaked it a little bit. When it ran the first .09, the car was very safe. It wasn’t on the edge of doing anything stupid. So I said let’s go out and see if we can run in that range somewhere.

It goes back to having good people and good parts and putting the right thing in the car every time. If you don’t have a good clutch person or the right people doing their jobs the right way, it doesn’t happen. It’s not just about me, it’s about everybody on the team. Everything fell into place and everybody worked together well. That’s why we repeated.

How rewarding was it to get that record and win the event with Megan just a few days after her announcement that she’s stepping away?

It was rewarding. I guess people might think it was easy and you can do it any time you want. I would’ve done it a long time ago. But it’s not that easy.

I thought the time was right to roll the dice and go for it. The main thing, we were there to win the race. We didn’t run as good as we should’ve in qualifying. We were behind the eight ball from where I wanted to be. I expected to qualify better and we should’ve, but it is what it is.

I think the thing that’s really helped this year is the fact that we usually race 28 times a year for the last several years. This year, I’ve had a lot more time off so I was able to do a lot of stuff that I wanted that needed to get done that I hadn’t got done before. We didn’t really have a lot of time to go test, but I had time to make some pieces that I wanted to and go out and run them whenever the time was right. If we’d been doing our normal race every weekend and hurried up back and forth, it may not have happened because we just wouldn’t have had the time. Everything lined up right, things fell into place and that’s generally what it takes to set a record.