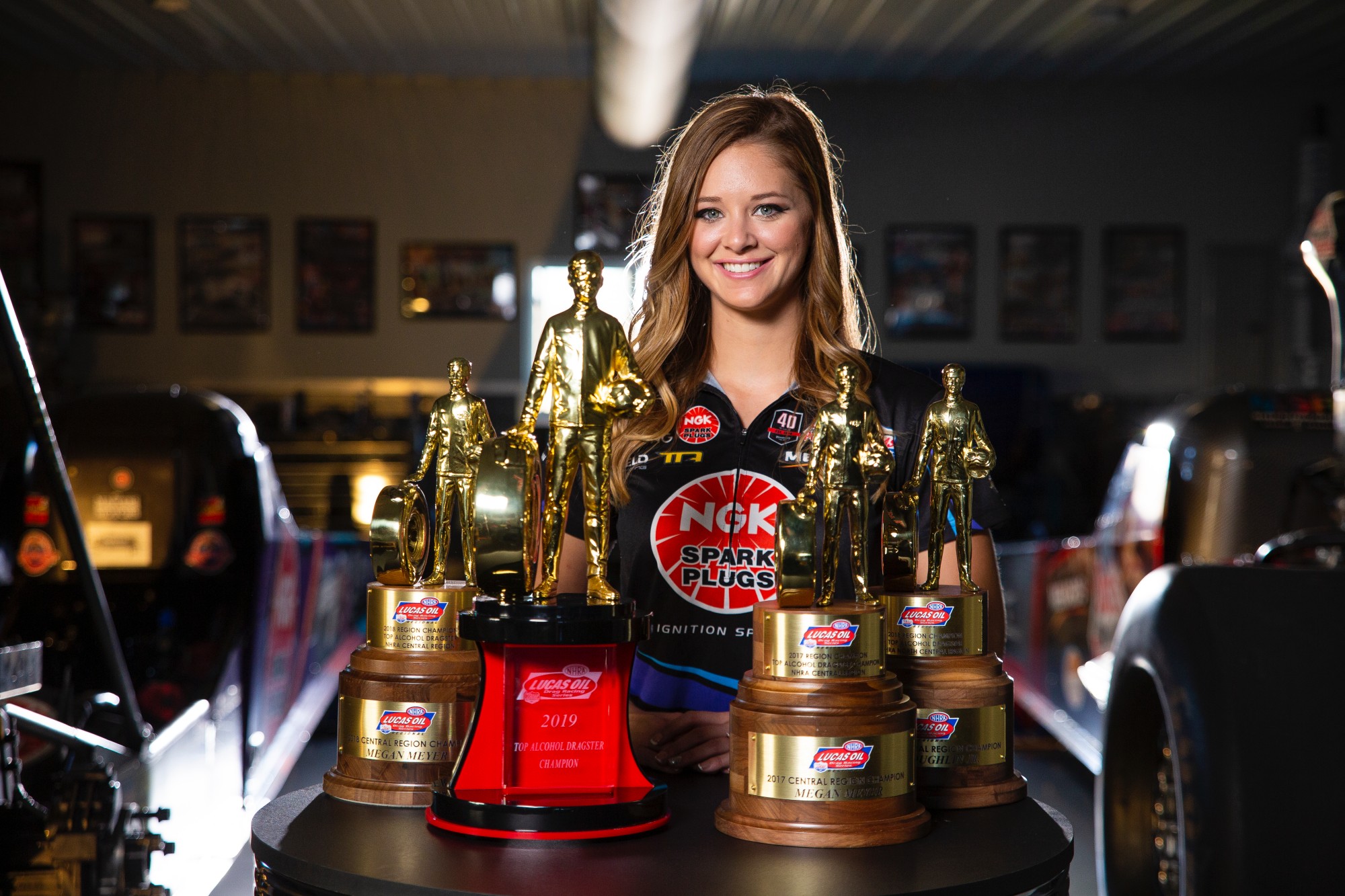 The second-generation driver grew up dreaming of one day winning an NHRA Lucas Oil Series world championship. Now that she’s accomplished that goal, she’s shifting her focus toward accomplishing other goals.

“I’ve been racing in Top Alcohol Dragster full-time for five years now and a lot has changed over that time,” Meyer said. “I’ve accomplished pretty much everything I’ve wanted to accomplish in Top Alcohol. I’m ready to take a break, focus on getting married, starting a family and working on my own business. I have other goals in my life right now that I want to focus on. I’ll see where that takes me.”

“I’m very proud of everything Megan’s accomplished,” Randy Meyer said. “She’s handled herself very well from day one. Her hard work and dedication to not only my team, but to the sport in general, has paid big dividends. She’ll have that to look back on for the rest of her life.”

Megan was named the Division 5 Pro-Sportsman Driver of the Year three years in a row after earning Rookie of the Year honors in 2016, the same year she appeared on the Drag Illustrated 30 Under 30 list. But it’s that world championship that will always highlight Meyer’s time in the class.

“It’s always been my dream to be a world champion since I saw Alan Bradshaw become our first world champion driver in 2003,” Megan said. “I knew one day that would be me. I didn’t know I could do it in four years. But thankfully we had a great car, great parts, great crew guys. We hoped for the best, put in the hours and got better parts every year with the help from sponsors, especially when NGK stepped up as my title sponsor. That’s where things really improved for us.”

NGK Spark Plugs, a longtime associate sponsor of Randy Meyer Racing, became Megan’s title sponsor in 2018 when the spark plug manufacturer signed a two-year contract that was extended this season. Meyer used her college education in marketing and graphic design to design striking NGK wraps, crew uniforms and other branded materials. She even won the 2018 NGK Spark Plug NHRA Nationals and 2019 NTK Nationals in Charlotte. 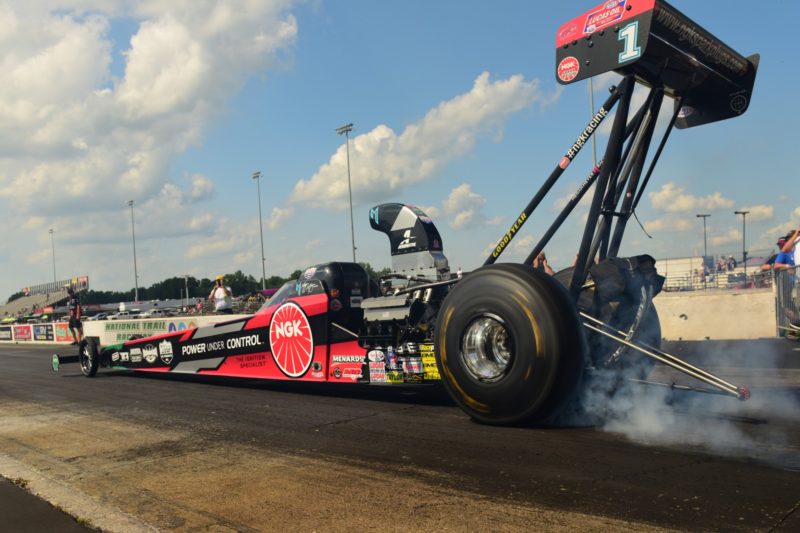 NGK plans to continue its title sponsorship of one of Randy Meyer Racing’s A/Fuel cars and is working with the team to select the new driver. The NGK car will race alongside the team’s second car shared by multiple drivers in 2021.

“We’re in negotiations with several other drivers to fill that void,” Randy said. “As a team and as a team owner, we plan on racing as much as we ever have and we’re planning on running two cars next year with multiple different drivers like we’ve been doing. It’s business as usual. Megan will still be around, she just won’t be at all the races and won’t be behind the wheel.”

Megan won’t give up racing altogether, as she plans to return to her bracket racing roots next year, sharing a Super Comp dragster with her sister Rachel.

“I’ve been driving for a total of 17 years, and for 12 of it I was bracket racing,” Megan said. “I still love that type of racing. I got to bracket race for the first time in years a couple weekends ago and had a great time.”

“We don’t know what the future is going to hold, but we’re pretty sure bracket racing will always be around,” Megan continued. “It’s something that’s available to me right now because of Rachel. I’d like to take that opportunity and see how I can use it to work with sponsors and social media. In my heart, I’m always going to be a sportsman racer. I want to keep working on ways to promote the sportsman classes and come up with more ways to help sportsman racers promote themselves and their sponsors on social media.”

As Meyer starts to wrap up her championship defense season with just a handful of races remaining, she looks back fondly on her experiences over the last five seasons while also looking forward to what comes next.

“I want to tell other racers to enjoy the ride, no matter how long or short they have to be a driver or a crew guy or whatever position they’re in,” Megan said. “Make sure you have fun and have creative experiences because those can lead to skills and networking that can lead to big success later on. I’m just following the strides to fit my new goals now. I want to be able to help other racers, to serve with passion and to be known as the girl who became a champion but also made a difference in the industry.”

Meyer and the NGK Spark Plugs A/Fuel dragster will race next at the NHRA U.S. Nationals, Sept. 3-6 at Lucas Oil Raceway near Indianapolis. Additionally, Megan will compete in the JEGS Allstars specialty race Sept. 5 as a Central Region representative alongside sister Rachel. Teammate Julie Nataas will also race in the Allstars event for the North Central Region.