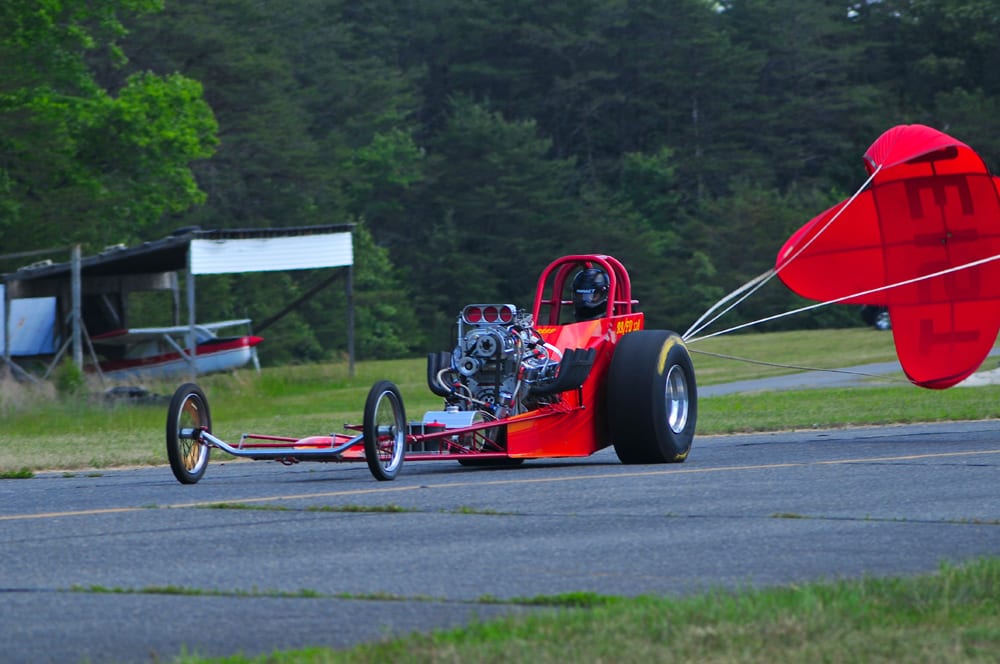 DRAG ILLUSTRATED’s roaming race reporter, photographer and all-round great guy, Van Abernethy, swung through Forest, Virginia, last weekend to spend the day with the fine folks at New London Dragway. Incredibly, New London Dragway is actually an active airport – perhaps more so than it is a drag strip. The strip operates just two times a month, and the rest of the time sees airplanes coming and going. For that specific reason, no guardrails were ever installed at the facility, which is interesting because it’s normally old air strips that oft-times become drag strips, but in the case of New London…it was actually a drag strip first. Their annual nostalgia event is always their biggest event of the year and there could likely be no better place for such an event.