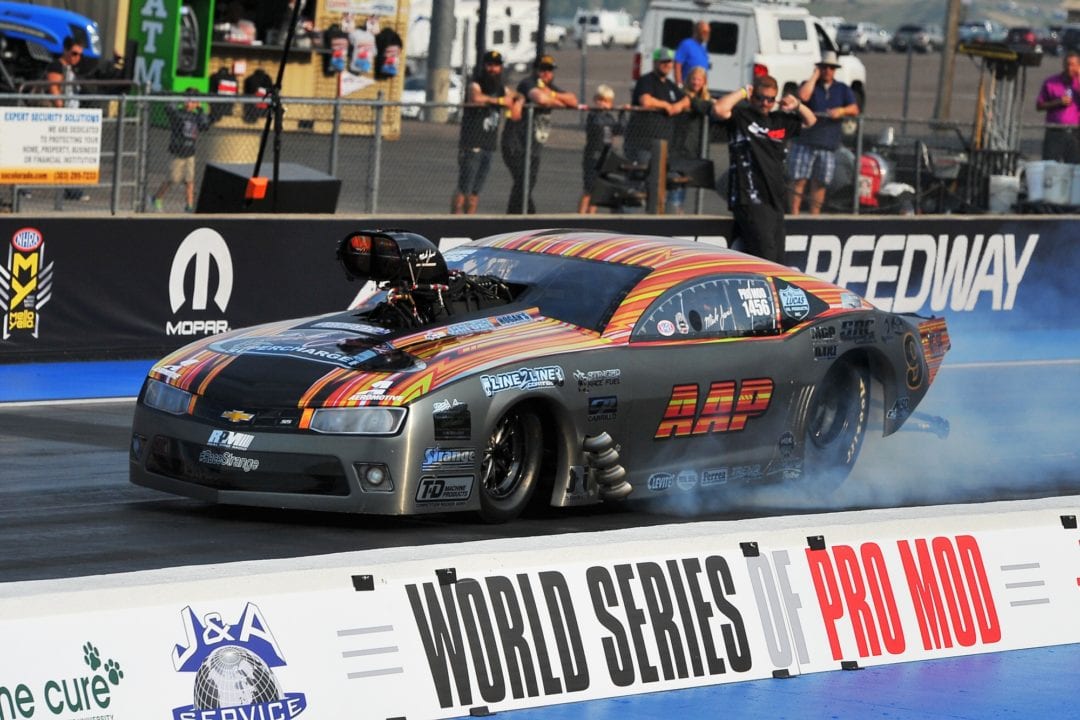 Drag Illustrated officially announced the partnership today, as Quick Drive, a top creator of torque converter drives, will serve as a sponsor for the highly-anticipated race, which features 32 of the top Pro Mod drivers in the world vying for a $100,000 winner-take-all prize.

“I’m really glad that they chose Denver to host the event,” said Brock Graves, who is the owner of Quick Drive, along with his father, Steve, and his brother, Blayne. “Denver has such a large racing community, and each and every year it grows even more, so an event like this is definitely big for us and the area. I think it’s awesome to have the race in Denver, and for a race of this magnitude to be right in our backyard, it’s priceless.”

Quick Drive, LLC, has quickly become a major name in the Pro Mod world, producing high-quality, high-performance solutions to transmission system needs. That means developing top-notch torque converter drive units for some of the top names in Pro Mod, all with a motto of “built by racers for racers.”

A hands-on approach and a close relationship with racers has also paid dividends for Graves and his family, something that has become imperative with the strong growth of the Pro Mod class in recent years. It makes for an exciting time for Graves, and that includes what he expects to be a memorable environment during the WSOPM at Bandimere Speedway.

“A majority of our business comes directly from door cars and specifically Pro Mod, and that’s what our bread and butter is,” Graves said. “To be involved in a race like this with this level of competition and competitors, it’s huge. There’s a lot of challenges, but we want to be the best. The more the sport grows, the more interest it creates and the more opportunity it gives us to develop a better product. There’s a huge level of passion in our product.”

That passion for Pro Mod has led to partnerships with the NHRA Pro Mod Series and the PDRA, and now the WSOPM, which lays claim to being the biggest and richest Pro Mod race in the history of the known universe. Adding first-year sponsors like Quick Drive also indicates the impressive growth, awareness and increased excitement for the Pro Mod extravaganza on Thunder Mountain.

“Steve and Brock Graves are the salt of the earth, and it’s an absolute pleasure to have them involved with the World Series of Pro Mod,” Drag Illustrated Founder and Editorial Director Wes Buck said. “It’s also a great honor to be working with high-integrity, dedicated people like the team at Quick Drive. Being that they are a Denver-area business, this is a match made in heaven, and we’re genuinely excited to help shine a light on the tremendous work they are doing in fast doorslammer racing.”