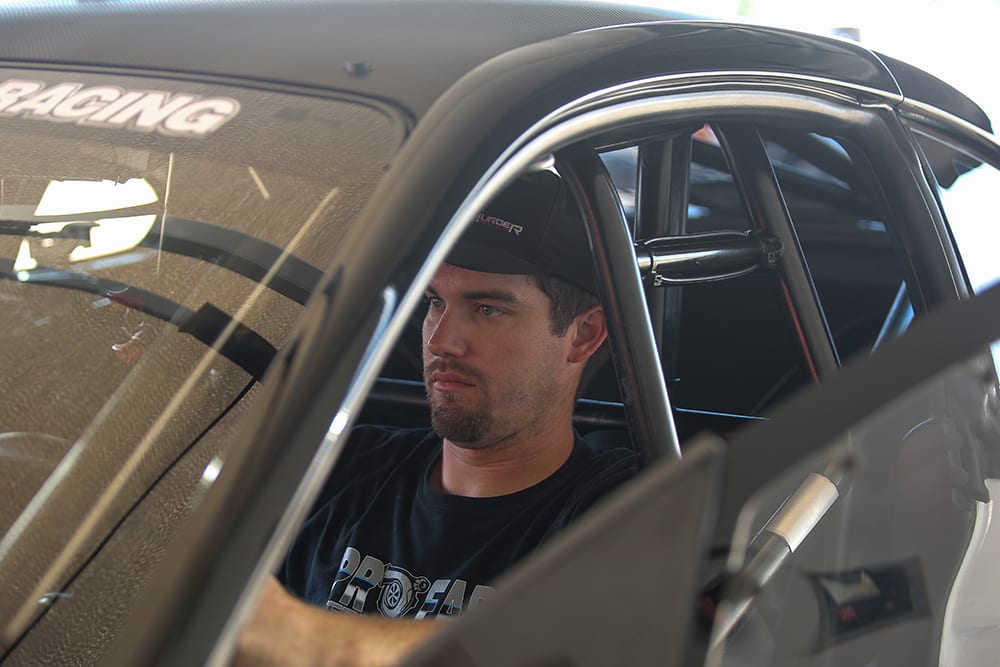 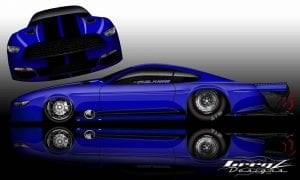 Daniel Pharris of Pharris Motorsports based out of Sikeston, Missouri, is stepping head first into his first ground-up build of his nearly 15-year racing career. One of the owners of 74 Auto, also based in Sikeston, Pharris has been a radial tire nightmare for the past five seasons running in X275 and most recently in Radial vs. The World. In the past two seasons, Pharris has been dreaming of sitting in a full-blown Pro Modified entry that is brand new and built just for him. In 2017, this bold dream is going to become a 200+ mph reality.

Larry Jeffers Race Cars was tabbed as the chassis builder of the new sleek 2016 Ford Mustang, sporting a Five Star Race Car Bodies carbon fiber body. Crew chief, Josh Ledford, has been working hand-in-hand with Jeffers on the customization and functionality of the one-off chassis and components. Mark and Ally Menscer of Menscer Motorsports LLC have been working furiously on a set of fully custom front struts and rear four-way adjustable shocks, built specifically for only the Pharris Motorsports ’16 Mustang.

Eric Dillard of Pro Line Racing is back on board, bringing in over 4,000 horsepower in the form of a 548 cubic inch HEMI powerplant.

“PLR has been on board with Pharris Motorsports since the move to RVW was made in the summer of 2014 and we are proud to continue our relationship with them. FuelTech USA will be providing the revolutionary FT500 engine management system, along with a Hyperaktive Performance Solutions boost controller and a host of MSD Performance products to keep the engine controlled and working at top performance. Precision Turbo & Engine will return as a partner to keep our turbos spooling with a set of 94mm turbochargers for PDRA Pro Boost competition and a set of 98mm turbochargers for NMCA Xtreme Pro Modified,” said Pharris.

Mark Micke of M&M Transmission and Joe Rivera of ProTorque will back the powerful HEMI with a bulletproof torque converter and transmission pair to transfer the maximum amount of horsepower through the driveline.

Strange Engineering will be on board with their suspension and chassis components to keep the car hooking consistently, pass after pass. Weld Racing wheels and Mickey Thompson Performance Tires & Wheels top off the exterior with a custom set of carbon fiber wheelie bars from Mike Valerio at MVM Motorsports. VP Racing Fuels will return to the table as the official racing fuel for the team and a new partnership with Lucas Oil will help bring the team to new heights in 2017.

“We are proud to make this huge announcement for our team and we are proud to have Greg Zoetmulder put together this rendering of the potential final product,” Pharris continued. “We want to thank all of our sponsors, partners, fans and supporters who have backed us for the past seasons and we hope to have your support moving forward with arguably the best car in the stables coming soon. We plan to run the NMCA series and make a few appearances in the PDRA series, as well as a few individual standalone Pro Modified events locally and across the country.”