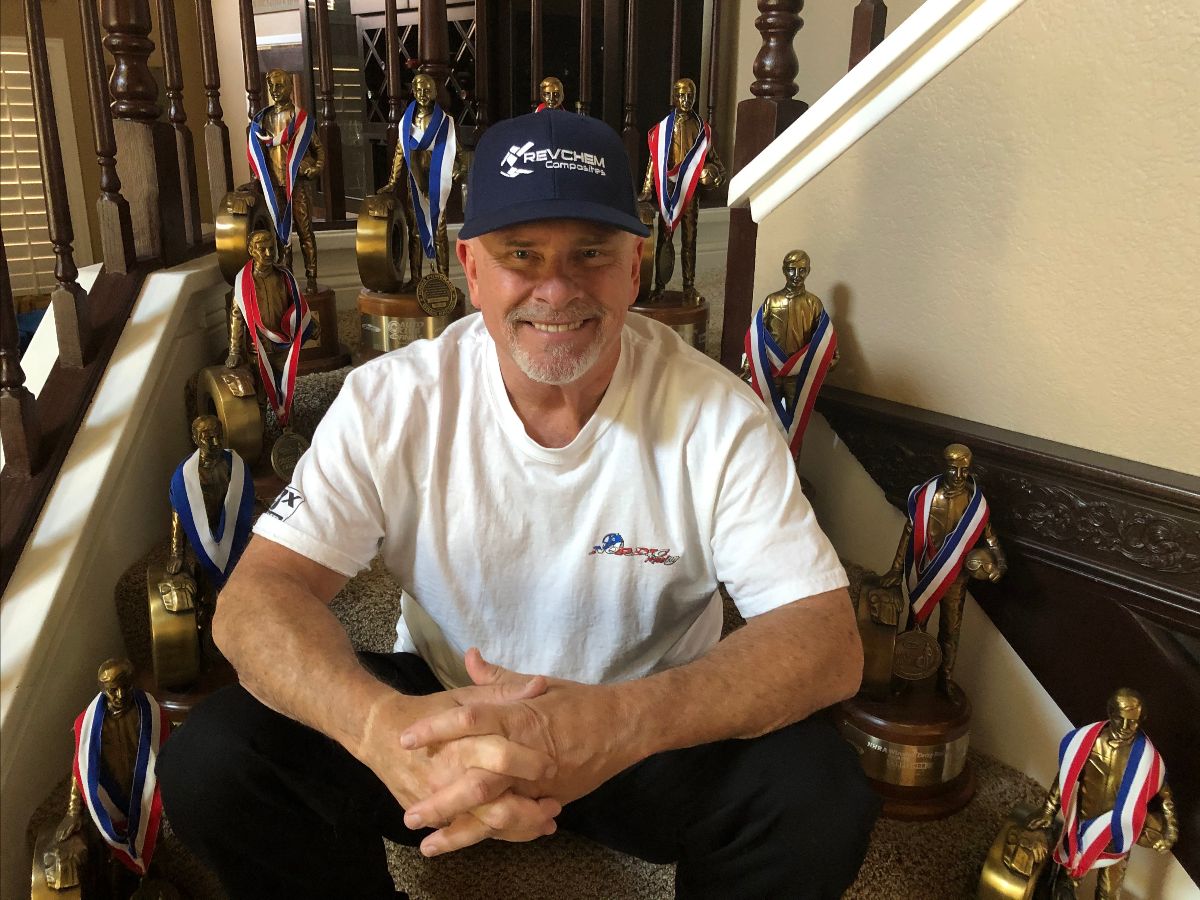 Top Fuel veteran Cory ‘Mac’ McClenathan will return to Don Schumacher Racing for a two-event ‘redemption tour’ at the upcoming NHRA Indianapolis double-header at Lucas Oil Raceway next month. McClenathan, who had previously announced his drag racing retirement in 2019, is excited to temporarily rejoin NHRA’s winningest organization as he seeks his 35th Top Fuel victory.

“I had made the decision to hang up my driving shoes last year, but I ran the last three events of the 2019 season, and things didn’t go as I had hoped. I was left feeling like I had some unfinished business,” said McClenathan, who has continued to compete in the NHRA’s Top Fuel category, but on a very limited, part-time basis since his last full-time ride with DSR in 2010.

“I’ve known Don Schumacher and the Schumacher family for years and have remained close with them,” explained McClenathan, who captured five of his 34 career wins while competing with DSR from 2008 – 2010. “Don knew that I really wanted to go out with a bang last year, and that didn’t happen so when all of this talk of re-starting the 2020 season with two consecutive Indy races came about, he told me that if I could come up with the necessary funding, I could run those two events in a DSR Top Fuel dragster. DSR is a top-tier team, so to be able to drive with them again is a big deal to me; the opportunity was just too good to pass up. I called upon my longtime partners and we were able to put a deal together which will allow me to race at the first two Indy events.”

When he returns to the track July 11-12 for the E3 Spark Plugs NHRA Nationals, the kickoff of the resumption of the 2020 season, McClenathan will pilot the Nordic Boats/Revchem Composites Top Fuel dragster. Fans may recognize the overall look of the car which closely resembles his family’s famous ‘Mac Attack’ dragster that he drove in the 1990s. Both Nordic Boats, a leading high-performance boat manufacturer, and Revchem Composites, an industry leader in composites and applications expertise with business interests that stretch from aerospace to automobile to surfing, have supported McClenathan’s racing career for more than a decade.

“Teamwork is the ability to work together toward a common vision; all of us here at Revchem Composites are very excited that Cory has teamed up with Don Schumacher Racing for a two-event redemption tour in Indianapolis,” said Pete Pendleton, President of Revchem Composites.

“Nordic Boats has been a big supporter of mine since 2006,” said McClenathan, whose professional driving career spans back to 1991 when he made his debut aboard the Mac Attack machine. “The owners, Sandy and Randy Davis, are huge drag racing fans and we’ve become good friends. They purchased the company in 2005 and make some of the greatest performance boats on the water. They have a suite every year at Pomona (Calif.) and have been with me since back in my DSR days. Nordic Boats turns exclusively to Revchem for all of their composite needs, so it made sense for us all to team up like this. I look forward to making Sandy, Randy, and Pete proud at these two events. Not to mention, Revchem is celebrating its 45th anniversary this year so I’m excited to be able to showcase their brand and celebrate that milestone with them, and I’ll be able to do so on a national stage with our races airing on network FOX.

“I’m just so excited to get back out there, see the fans, and hopefully add another Wally trophy to my collection. Yes, I’m here to have fun, but I’m also here to win,” added McClenathan who ranks ninth on the NHRA’s Top Fuel all-time wins list. A win at Indy would tie him with drag racing legend Don Garlits’ 35 victories. 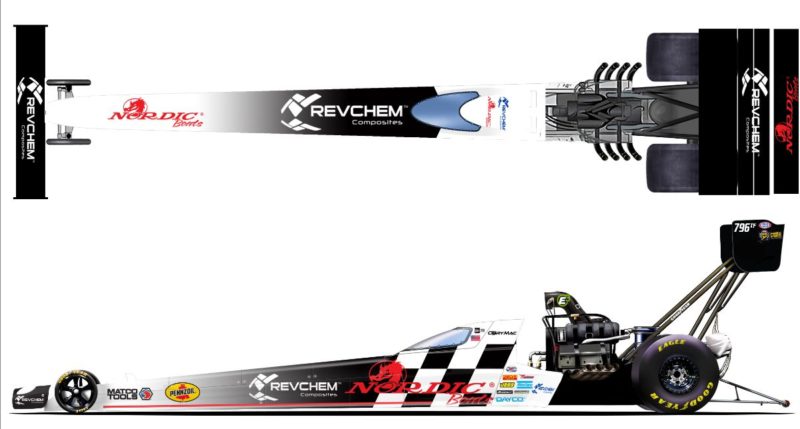 The Nordic Boats/Revchem Composites/Hawkeye Industries team is capable of being one of the most competitive on the property. McClenathan will drive Leah Pruett’s back-up car, and will be reunited with his former crew chief, Todd Okuhara, who will assume the tuning duties on the Corona, Calif. resident’s machine in addition to Pruett’s dragster. McClenathan’s crew will be comprised of former DSR crew members who have made a career ‘off the road’ working either in DSR’s fabrication and machine shop or at Don Schumacher Motorsports. As far as his driving skills go, McClenathan says he has kept them sharp over the years due to his frequent NHRA one-off appearances, and by spending the last three years off-road racing in a Pro-Lite truck. McClenathan also feels comforted in knowing he is returning to a track where he’s had success, including two NHRA U.S. Nationals triumphs (1996, 1999), and two runner-ups.

“An ideal situation would be meeting up with Tony (Schumacher) in the final round. He just recently announced that he will also be returning to run these two events, and I think the fans would really get a kick out of watching us battle it out. We raced against each other in the 1996 U.S. Nationals finals; it was Tony’s first time competing in Top Fuel. I ended up winning but I think it would be really fun and special if we could have a repeat of that.”

McClenathan and the Nordic Boats/Revchem Composites/Hawkeye Industries team will make two test runs at Lucas Oil Raceway on Friday, July 10 before they begin qualifying for the E3 Spark Plugs NHRA Nationals on Saturday. Eliminations will be contested starting at 9:00 a.m. ET on Sunday, July 12.