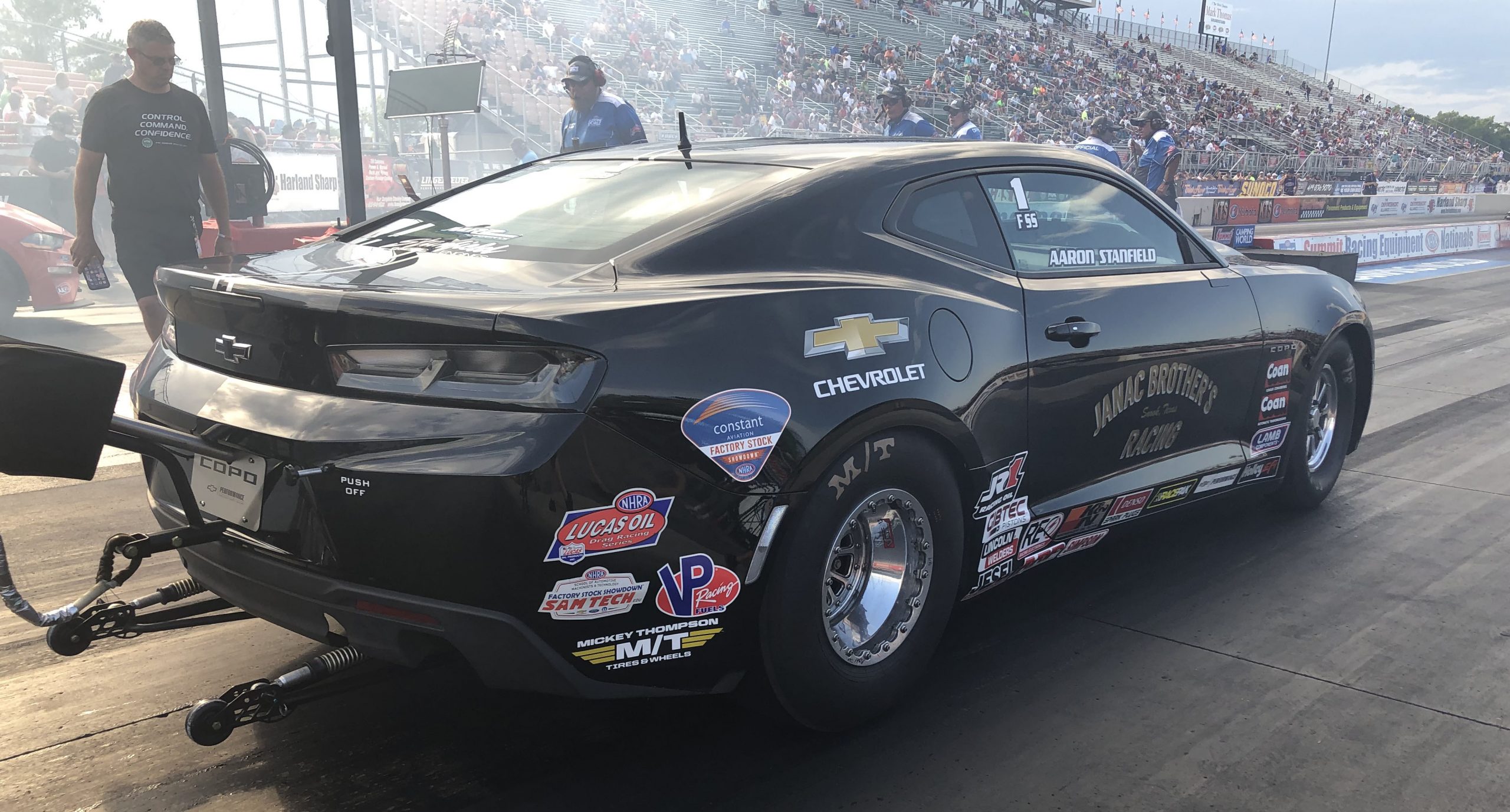 History will be made at the Dodge//SRT Mile-High NHRA Nationals this weekend at Bandimere Speedway when the competitors in the Constant Aviation Factory Stock Showdown hit the track for the first time. For Chevrolet COPO Camaro and Dodge Mopar Challenger Drag Pak teams this will be their maiden runs on the mountainside at the historic track located 25 minutes west of Denver. The challenges of racing at altitude combined with the competitive nature of the class have point leader Aaron Stanfield (feature image) of Bossier City, Louisiana, eager to get behind the wheel of his Chevrolet COPO Camaro.

“It will definitely be different,” said Stanfield, who won the season opening Gatornationals in Florida. “I don’t think any of the showdown cars have gone up there and done much racing on the mountain. It is going to be a learning experience for everybody. I think we are well prepared. We are excited to get out there, go racing and see who can be king of the mountain.”

In Norwalk a pair of Fords raced to the final round but Chevrolet drivers David Barton and Scott Libersher, who were ousted in the semifinals, are looking to make some magic on the mountain. Barton could not wait to get some experience and information, opting to test at Bandimere Speedway immediately following the Summit Racing Equipment Nationals.

“We left Norwalk and went straight to Bandimere Speedway,” said Barton, the Houston SpringNationals winner and No. 2 driver in points. “We rented the track for a few days and tried to get a head start on what we needed to do. I absolutely like the challenge and it is another way to earn a win. We like challenges and that is why we are doing this.”

“I have been planning this trip for six months,” explained Barton, who made the trip from Sinking Springs, Pennsylvania. “I have been trying to figure out what the race car is going to want because we have never been there before. I see this as an opportunity to win another event. We are looking to figure out a better recipe. I think it will be a fun deal and it will be something new and exciting.”

On the heels of his best performance in the Constant Aviation Factory Stock Showdown series Scott Libersher, from Wilmington, Illinois, is making plans to extend his race day even further with more success in Denver. 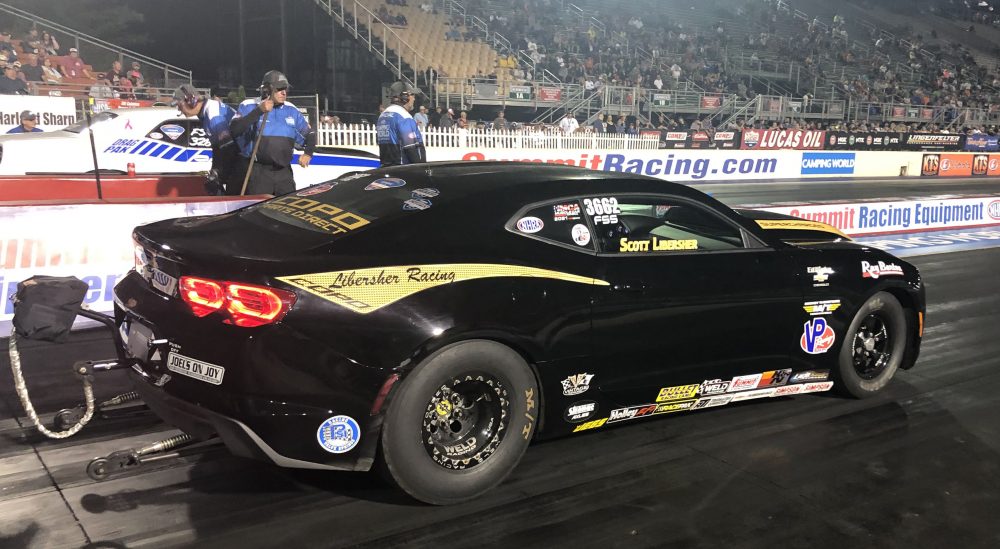 “I have a good confidence level after Norwalk. That is the furthest I have gotten in the Factory Stock Showdown class,” said Libersher, on his semifinal finish. “I was just doing a good job driving and all my lights were in the .030s. I have only been racing competitively for five or six years but I do like the heads up racing because everything is online and everyone sees your reaction times.  I line up and see what happens. Everyone in this class could be doing something else.  Lots of guys have their own businesses or they do this full-time. We try to position ourselves the best with what we have to work with.”

The new experience of racing with thinner air at a new facility will be a test of the creativity and preparedness of all the Factory Stock Showdown teams. That kind of challenge has Barton eager to get into race mode for the qualifying sessions on Friday and Saturday. 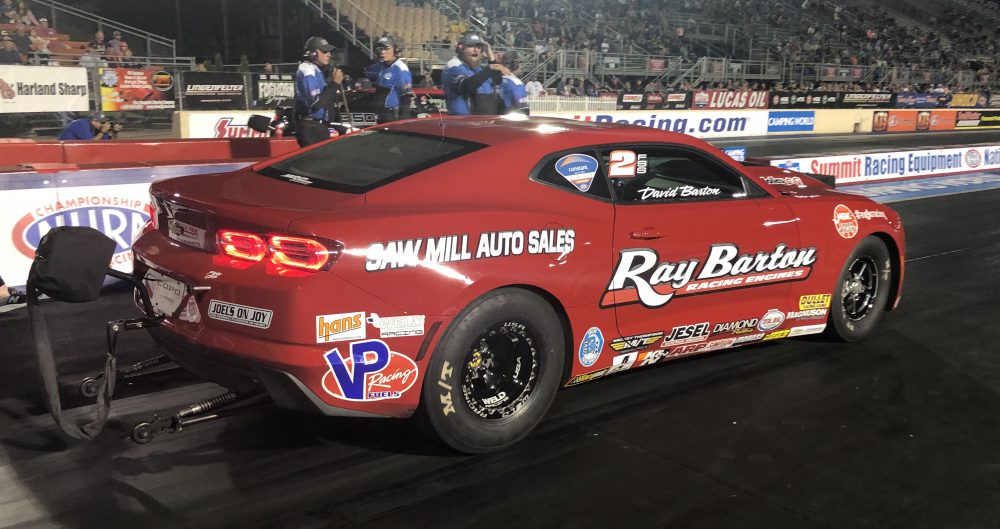 “I feel really good about our race car. Our momentum has been pretty good lately. We are going to take it one round at a time,” said Barton. “I have never been to Bandimere before and that is why we wanted to get some testing in. You hear these crazy stories about what people have to do to get down the track and we went there and busted a few myths. Our gearing was right where I thought it needed to be. Half of the stuff worked and the other half didn’t. We took three cars testing with different gearing and converters. We had a good time running and swapping stuff out over a couple days.”

Libersher summed up the attitude of most of his competitors when it comes to why they are competing in one of the toughest classes in the NHRA. The new venue will open up positive experiences for all the teams as well as expose the class to a new set of fans throughout the weekend.

“I think most people that race this class are the same personality. Let’s put our gloves on and go to the starting line and see what happens,” said Libersher. “After the race everybody gets along. That is what is nice about our class.  I have done a lot of travelling and been to a lot of races but never Bandimere Speedway. I am looking forward to that too and going to a new area.  My son’s fiancé has some property in that area. I always wanted to do the Western Swing and I am excited about Denver.”