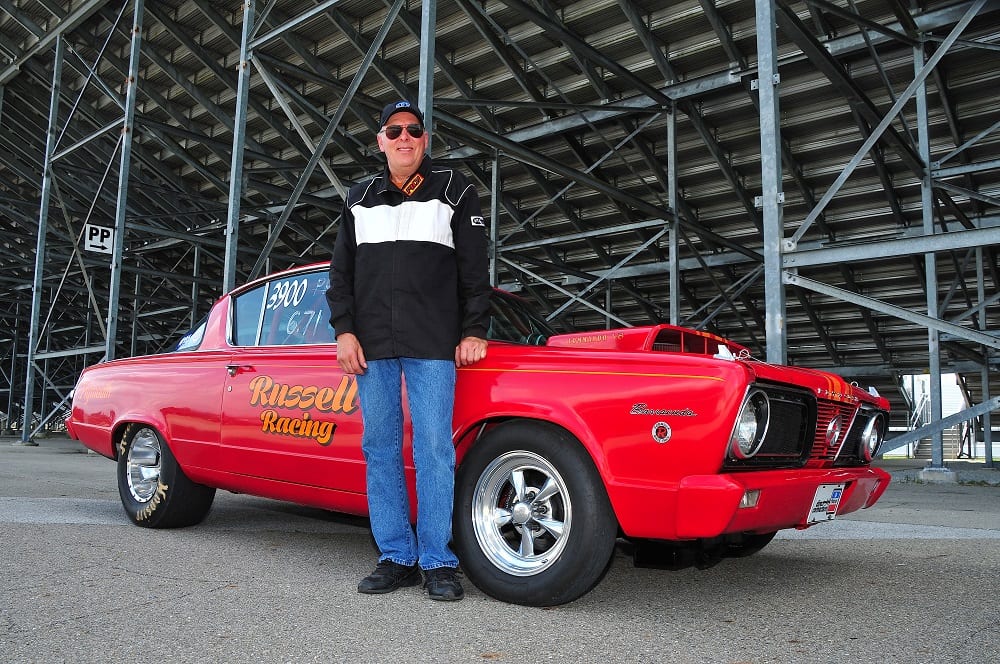 When Jeff Russell arrived at a rustic barn in rural Indiana a few years ago to look at a cool 1966 Plymouth Barracuda for sale, he was actually under the impression he was going to look at a Dodge Dart. “It was advertised as a Dart—and a Dart was indeed what I was looking for—but when I walked into the barn I immediately realized I was looking at a Barracuda,” he recalls with a laugh.

Although the car was in genuinely rough shape, Jeff ponied up the dough and hauled it home, all the while figuring maybe he’d just restore this Barracuda and scrap the Dart idea. It wasn’t long before he received a telephone call from a buddy at a Mopar swap meet who’d discovered yet another TLC-needing ‘Cuda of the same model year. Jeff persuaded his friend to put a deposit on the car until he could get there and complete the transaction. After bringing the second car home he went right to work stripping them both down and collecting the best parts from each vehicle to produce the great-looking finished car he races today.

Aside from the installation of the Barracuda’s trademark wrap-around rear glass (which is a two-man job), Jeff performed every step of the restoration himself, including paint and body work, engine assembly and especially the transmission installation since he makes his living as a performance transmission specialist through his company, J. Russell Motorsports in Liberty, Indiana. His attention to detail even shows up in the mill work he performed on the rear set of Rocket brand wheels to tastefully alter the car’s overall appearance.

At age 60 Jeff remains very competitive, even leading the points in the Pro category at Lucas Oil Raceway in Indianapolis as of mid-summer this year. “I still very much love drag racing,” he says. “It gets me off the couch!”