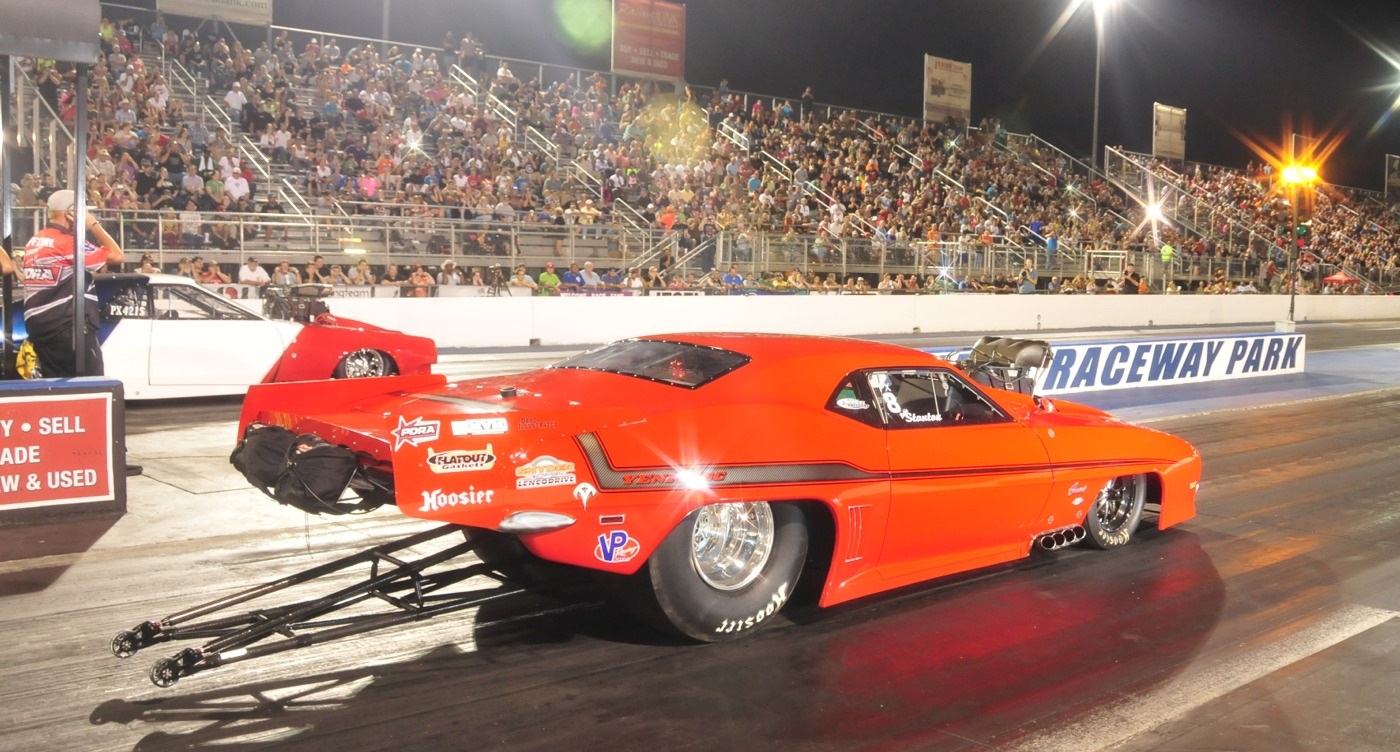 We’re less than two months away from the kickoff for the PDRA’s inaugural tour. Teams are in high gear getting things in place for the season opener, the Texas Nationals March 19-21 where the 2014 Champions will have their first opportunity to sport the coveted number 1 on their cars. While being the reigning champ has its perks, that number 1 can also act like a bullseye with everyone gunning to put themselves in that spot this season. Reigning Pro Extreme Champ, Bubba Stanton, is about as humble and unassuming as they come. If his car didn’t portray his elevated status, there would be none the wiser.

As the Dallas, Tx. event quickly approaches, Stanton plans to let his drag racing persona continue to fly under the radar while his car does the talking.

“We’re going to a new Brad Anderson Hemi that he just came out with,” Stanton said of his off-season changes. “And we had the car back at Jerry Bickel to be updated. I know everybody’s updating this winter. We’re just trying to stay at least to where we were last year, maybe gain a little edge.

Although Stanton will undoubtedly be tough to beat, the Pro Extreme class promises to provide more competition for him than ever. With names like Todd Tutterow joining the ranks again, as well as the ever-formidable Brandon Snider and Jason Scruggs, PX competitors had better bring their A-game each and every event.

For Stanton that means focusing all his energies on the PDRA and defending his second World championship. “We’re just focused on the PDRA, going to try to make all 10 races and try to come out as good as I did last year. We’re back wide open now, trying to get the car back ready because March is going to be here before we know it.”

The PDRA’s premier class, as well as all the PDRA action, will broadcast live March 19-21 through the Motor Mania Live Feed. Catch all the season-opener action live at www.pdra660.com.