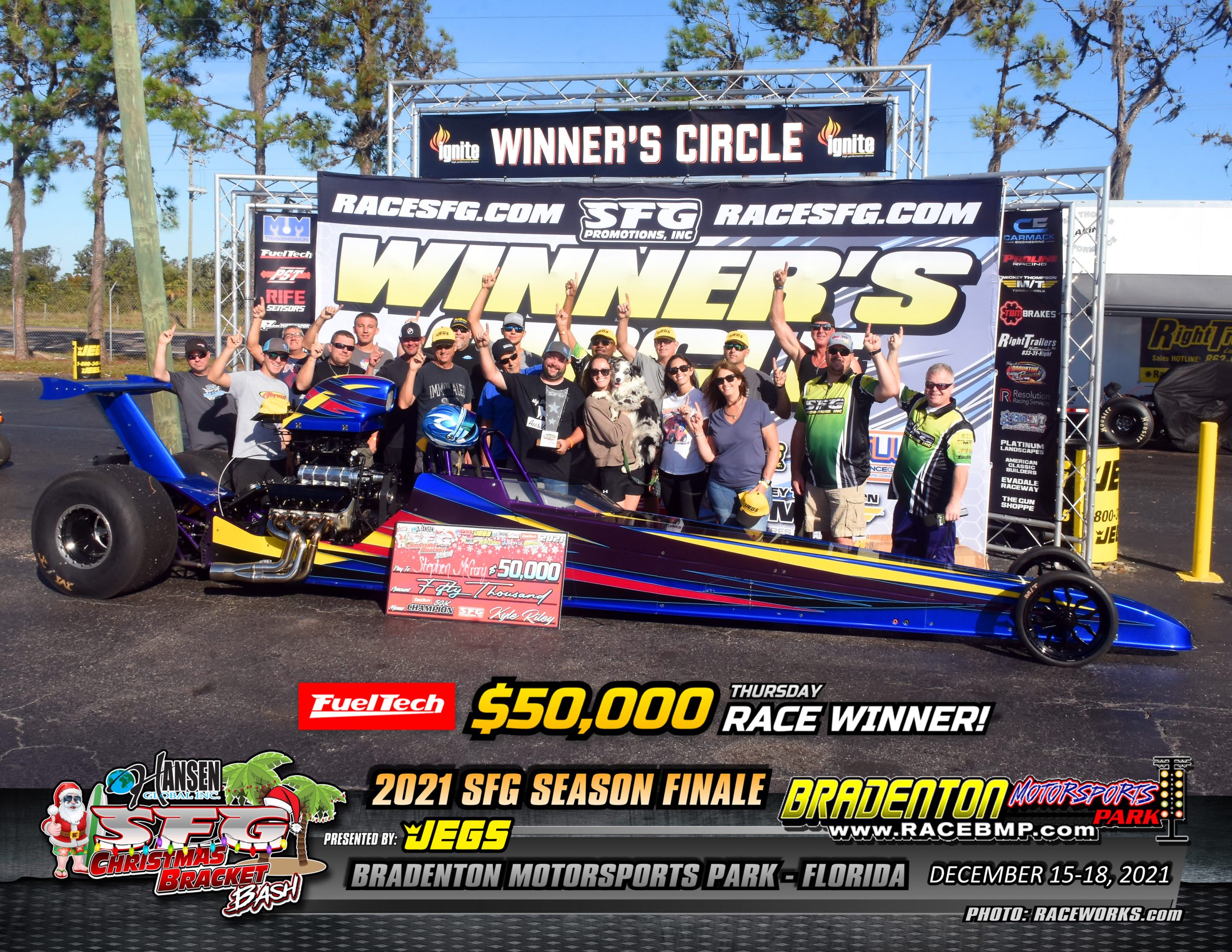 For the second consecutive year, the Hansen Global, Inc. SFG Christmas Bracket Bash presented by JEGS proves to be a true destination for racers right before the holidays. Day two featured the FuelTech $50,000-to-win race which began on Thursday and finished up, crowning a winner on Friday morning.

After ten rounds of racing featuring the best of the best bracket racers, Stephen “Champ” McCrory came out on top, taking the $50,000 prize in FuelTech Friday’s event.

With six cars left in round eight, James Bunner Jr. and Stephen “Champ” McCrory sat on the bye in their respective classes, while two dragsters and two door-cars were left to battle it out to decide who moves on to the semi-finals.

Rickey Boggs and Stanley Albritton Jr. battled it out on the dragster side of things to see who would return to the semi-final round. Albritton Jr. was a perfect .000 and ran one above six for the win over Boggs’s unfortunate -.013 red light.

In the semifinals, Burch came back around to square off with Bunner Jr. for a Bradenton semi-final. Burch was a perfect .000 and ran two above one getting the win over Bunner Jr’s .021 and ran a 5.712 on a 5.70 dial-in. 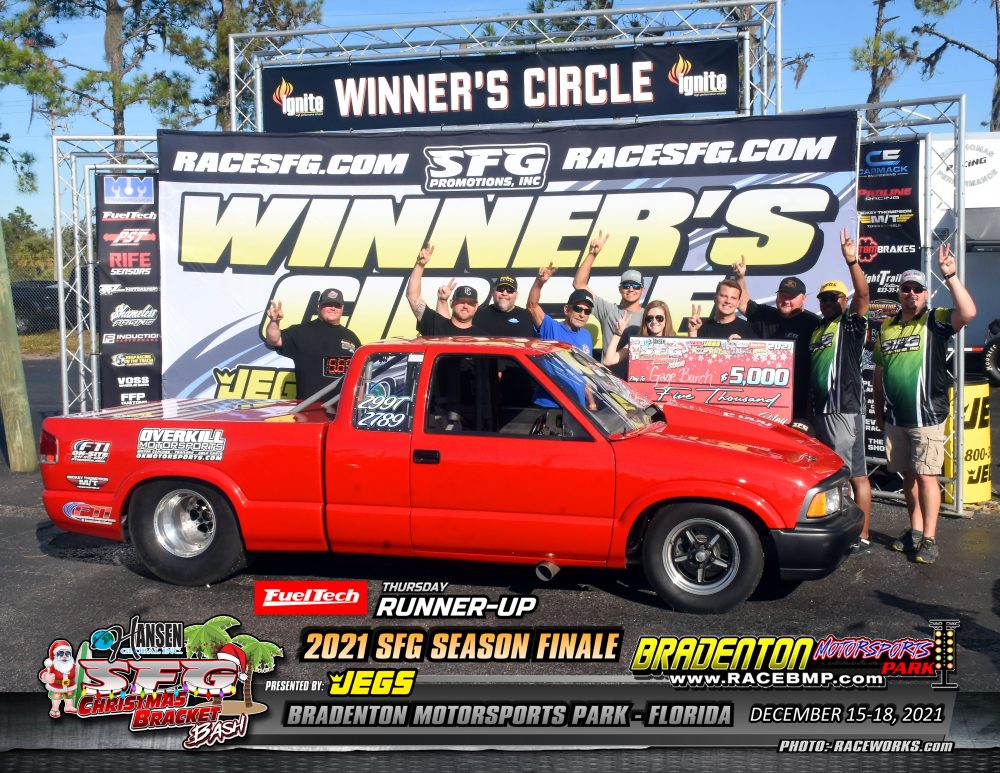 In the finals, Burch left -.003 red giving the automatic win over to McCrory who was .010 and backed it up to the winner’s circle to celebrate. Congratulations to both finalists on an excellent performance.

If you aren’t able to join us in person here at Bradenton Motorsports Park, be sure to catch all of the action live at MotorManiaTV.com or the SFG Promotions Facebook page.