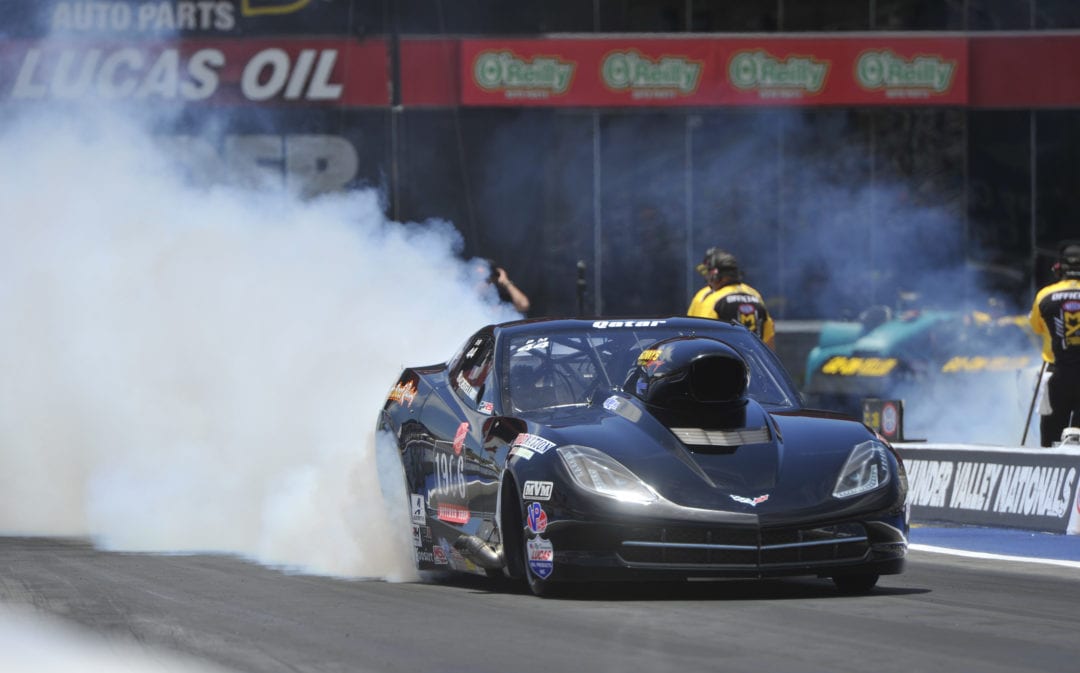 Mike Castellana raced to victory Sunday in the NHRA J&A Service Pro Mod Drag Racing Series portion of the NHRA Thunder Valley Nationals. This weekend’s Pro Mod racing at Bristol Dragway is presented by the Real Pro Mod Association. This is the fifth of 10 Pro Mod events on the 2016 season.

Castellana won in his Al-Anabi Racing ’69 Chevy Camaro when Bob Rahaim crossed the centerline in his late model TLC Waste Disposal Services Chevy Corvette. Castellana claimed his first victory of 2016 and sixth win of his career.

“My crew did an awesome job this weekend and we got a little lucky in the finals,” said Castellana, who won his first race since the 2014 season-opener in Gainesville, Fla. “That’s all it takes. It feels great. We never gave up. My team, they kept pushing. We struggled a little bit, but now we’re back and hopefully we can stay.”

Bob Rahaim, who was the No. 1 qualifier, sprinted past Steven Whiteley, local favorite Von Smith and Michael Biehle in the earlier rounds. Rahaim is fourth in the points standings.

Two-time 2016 winner Rickie Smith is still first in the points standings. Smith is followed by Coughlin and Steve Matusek in second and third, respectively.