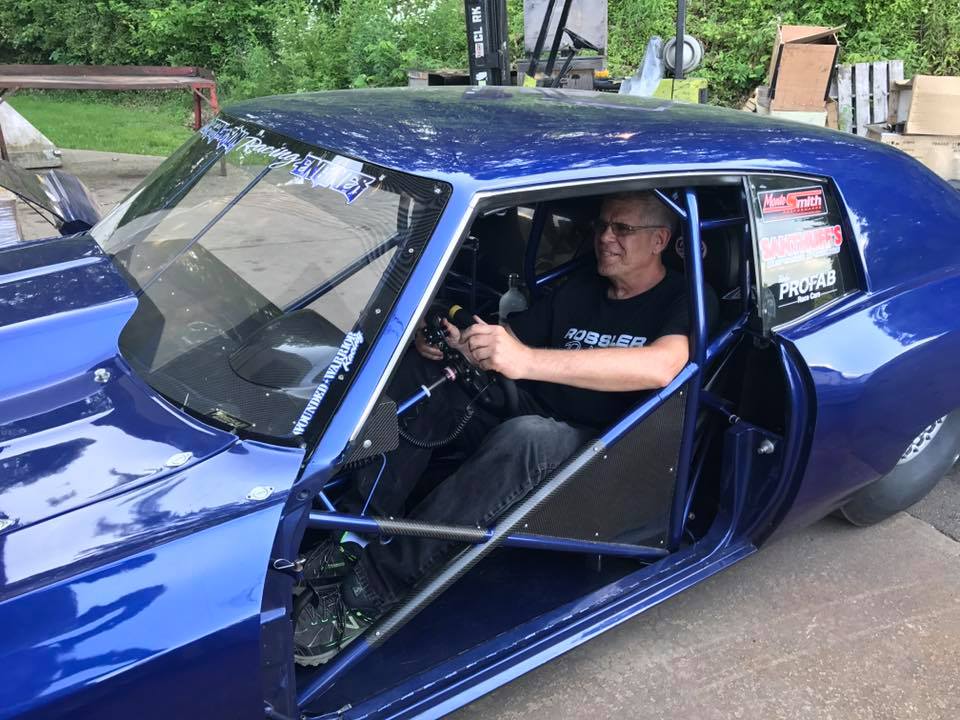 Growing up, Carl Rossler had a knack for fixing transmissions, so much so that he repaired a number of them before was even old enough to drive. Self-taught simply from being a voracious learner and staying passionate about the process, it has kept Rossler and his Ohio-based business, Rossler Transmissions, on the cutting edge for nearly four decades. Rossler has patents on two of his creations, while his Turbo 400 and Turbo-Glide revolutionized the doorslammer world.

Meanwhile, Rossler has remained the in the same building in Girard, Ohio, for all 37 years, building an all-star team of nine full-time employees in the process. There have been numerous additions to the building, while inside there have been innovations and successes that have entailed the last 37 years. All of it, though, came from Rossler’s fascination with coming up with solutions on cars and, specifically, with transmissions.

“I learned how to fix stuff because I did everything myself,” Rossler says. “I had a small-block Chevy and you would break stuff every week. That’s how I learned to fix it. This is all I’ve ever done since I was a teenager. I just loved working on these things.”

Rossler started Rossler Transmissions in 1981, but as his expertise and skill became known to customers, the business became more specialized. A little over a decade into it, he was left with a decision about the direction of the company. Needless to say, it’s one he made rather easily. Instead of working on transmissions for everyday cars, Rossler made the decision to become a race-specific shop. It cut out half the income he was pulling in at the time, but as things played out it was a decision that has worked out almost perfectly.

“I was making more on the regular side of building transmissions, but I really just loved the racing side and that’s what I really wanted to do,” Rossler confesses. “We took half the income and pulled the plug on it and that was a little scary at first, but we’ve managed to do pretty well over the years. I like to be happy when I work and I didn’t have any fun doing regular jobs. Door cars that run fast, that’s my passion. It’s managed to work out well for us.”

That might be an understatement. Rossler has worked with the top names in the Pro Mod world, and his transmissions have been the products of choice for drivers in a number of classes and series, including no-prep racing, Pro Street, drag radial and many more. Street Outlaws stars like Justin “Big Chief” Shearer, “Murder Nova” Shawn Ellington and Jeff Lutz all use Rossler Transmissions as well, but the innovative breakthrough came with the creation of the Turbo-Glide in 2007.

Now heavily imitated, Rossler made a distinct impression in the industry with the product. It gained steam quickly in the 10.5-inch tire world with the likes of Phil Hines, making such a difference that racing competitors were taping runs and accusing Rossler’s customers of using traction control to make such rapid improvements over a short period. Rossler simply took it as a compliment. “It was hilarious. They couldn’t figure out why they were running so well,” Rossler laughs. “It was amazing the difference it made.”

Star tuner Steve Petty soon endorsed the product, having major success with 10.5 driver Tim Lynch. Word spread quickly and sales went through the roof. The work with Petty soon took the product into the NHRA Pro Mod world, where the Turbo 400 took the class by storm.

Rossler worked with Roger Burgess’ highly successful R2B2 Pro Mod team, as the product was a pivotal piece of Melanie Troxel’s record-breaking Corvette and Leah Pritchett’s Road Rage Camaro. The entire team enjoyed a great deal of success and Rossler was excited to play a major part in that.

“At all the NHRA Pro Mod races, it would be a big talking point in the tower that this car has a Turbo 400, and then they would all come to the pits,” Rossler remembers. “It was really something and so exciting to see the cars on TV and then win with a Turbo 400. But you always want to keep improving the product. We want to give everybody the best.”

The Turbo-Glide blazed an impressive trail, but Rossler Transmissions has continued to stay at the forefront of transmission innovation thanks to its in-house design and machine shop. Rossler has four full-time machinists on staff and his team also includes one employee with 30 years of experience at Rossler Transmission, and another who has been with him 29 years. It’s given Rossler a distinct advantage, allowing him to move from the 2-speed Turbo-Glide he invented to a 3-speed transmission that has been dominant in both eighth-mile and quarter-mile racing.

Rossler and his team can now make a new gear ratio in a week, an unmatched part of the process that has given his company a big advantage. Rossler also has a pair of patents – one on a trans brake and a design patent on a snap ring stabilizer for the Turbo 400 – and he has invented a ringless input shaft for a Powerglide as well.

That innovation and ability to create a new product from scratch instead of being reactionary is something Rossler has taken a great deal of pride in over the years.
It’s a work ethic and ingenuity that’s been part of Rossler’s make-up since he was a teenager, and he has no plans of slowing down anytime soon.

“If we want to make something as an experiment, we don’t have to rely on people,” Rossler says. “We can change it, make it better and that’s a big advantage. Everyone here works hard and we all have the same goal.”

This story originally appeared in DI #136, the Crew Chief Issue, in September of 2018.