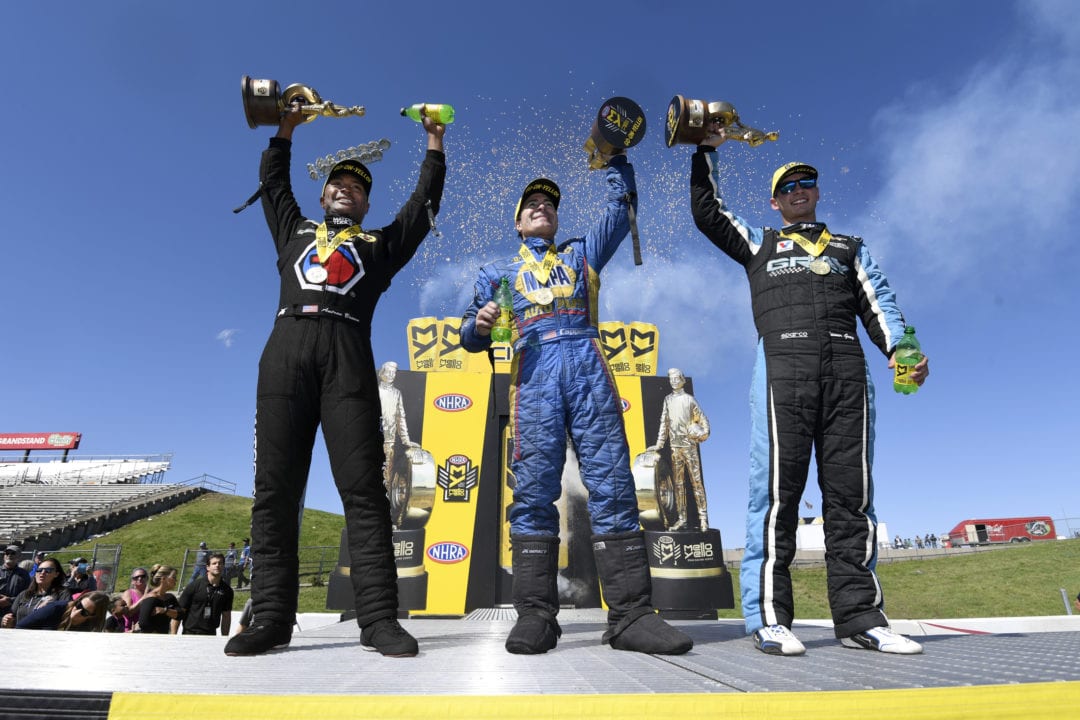 Antron Brown (Top Fuel) and Tanner Gray (Pro Stock) were also winners in their respective categories at the eighth event of 24 on the NHRA Mello Yello Drag Racing series schedule. 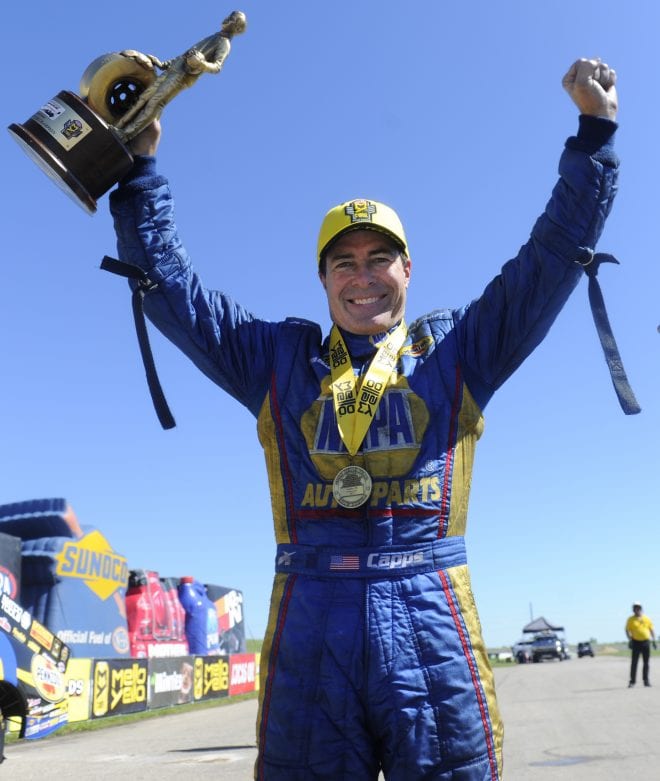 Defending world champion Capps raced to a 3.924-second pass at 321.42 mph to defeat teammate and No. 1 qualifier, Matt Hagan, in his Mopar Express Lane Dodge Charger R/T Funny Car. Capps is the first driver since Robert Hight in 2012 to have four consecutive wins in a single season.

“I’m just the luckiest dude in the world,” Capps stated. “I had nothing to do with it. I just stepped on the gas at the right time and held the car together in the right lane. We’ve won a championship for a reason and we’ve won four in a row together for a reason. Everyone just gels together.”

Capps battled past Cruz Pedregon, Courtney Force and Robert Hight en route to the finals. Hagan, who set both ends of the national record on Saturday with a pass of 3.802 at 338.85, squared up against Jack Wyatt, J.R. Todd and teammate Jack Beckman before falling to Capps in the final round.

In Top Fuel, three-time and defending world champion Brown raced to his first career victory at Heartland Park Topeka, second of this season and 63rd of his career in his Matco Tools dragster. His pass of 3.709 at 332.75 defeated the losing pass of 3.836 at 256.70 of Steve Torrence in his Capco Contractors dragster. 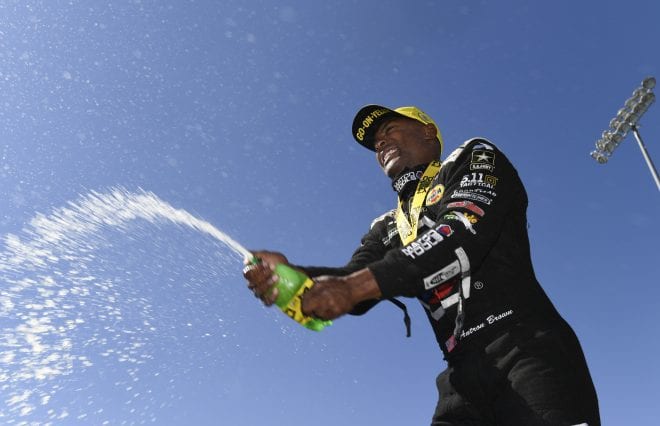 “The competition has been so tight that you have to run these cars on edge every lap,” Brown said. “We kept our head down and stayed poised. We went out there and raced our hearts out. It feels real good to win here at Topeka. I’ve been wanting to win here for so long.”

Before entering the final round, Brown defeated Kebin Kinsley, Shawn Langdon and teammate Leah Pritchett. Torrence piloted his dragster past Mike Salinas, Brittany Force, who set the national speed record of 333.96, and Clay Millican to make it to his fourth final round appearance this season.

In Pro Stock, Gray clenched the second Wally of his rookie season when Jeg Coughlin Jr. red lit during the 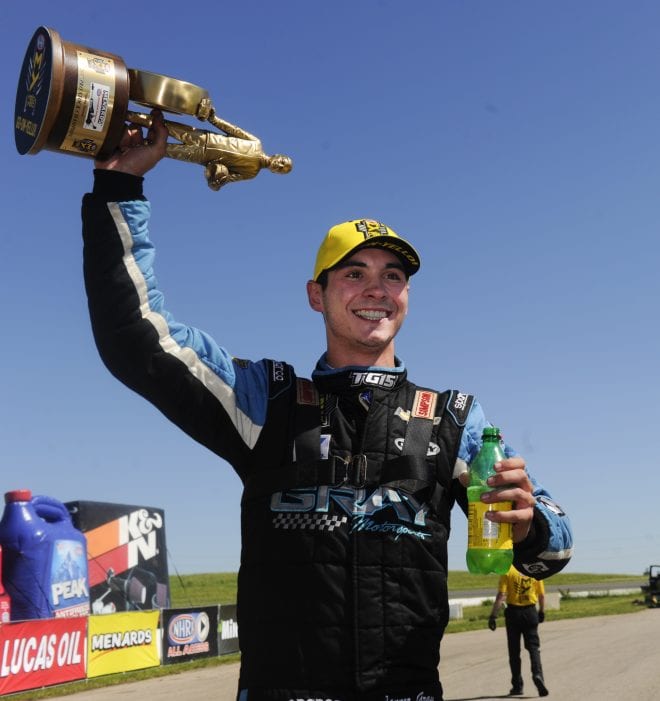 final round. Gray powered his Gray Motorsports Valvoline Chevrolet Camaro to a 6.580 pass at 210.87.

“I felt like I was pretty consistent all day,” Gray stated. “My guys gave me a great racecar. I definitely wouldn’t be sitting here if it wasn’t for them. They put a lot of hard work into this new car. There’s no doubt we have a championship caliber team. ”

Gray raced past Drew Skillman, Greg Anderson and Vincent Nobile before entering the final round. Coughlin Jr. defeated Deric Kramer, Alan Johnson and the No. 1 qualifier Bo Butner on his way to the finals.