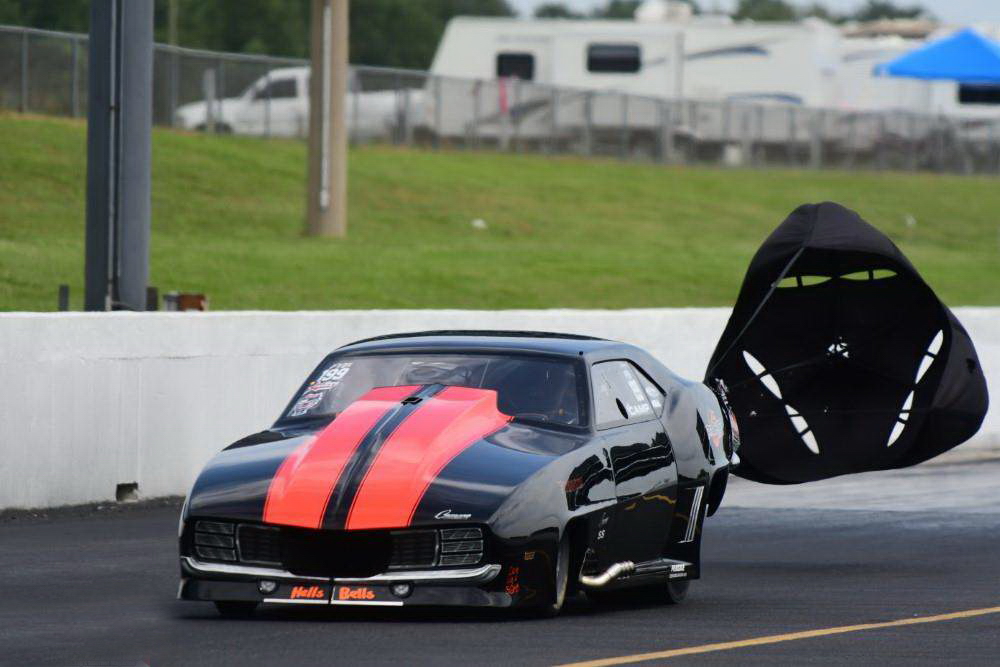 In the PDRA’s Jr. Dragster categories, Ashley Franklin joined her father, Tommy, as a No. 1 qualifier with her 7.901 effort leading the way in Coolshirt Pro Jr. Dragster. Asher Carroll used a .001 reaction time to grab the No. 1 spot in Gilbert Motorsports Top Jr. Dragster.

The #1 qualifiers from the PDRA Summer Shootout! 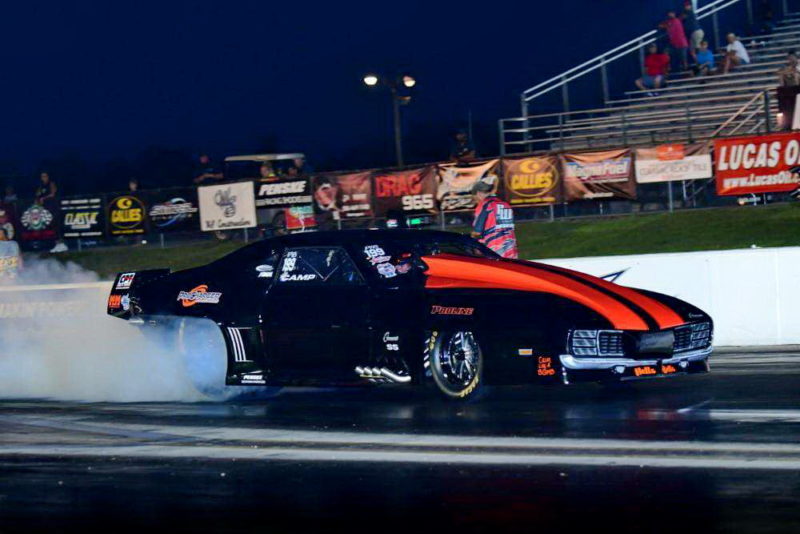 Johnny Camp’s offseason move over to Pro Boost from Pro Nitrous started to pay off Friday when he collected his first No. 1 qualifier award in his ProCharger-boosted “Hells Bells” ’69 Camaro. Camp drove the Brandon Stroud-tuned entry to a 3.675 at 201.40 to lead the 15-car field.

“We’ve been running with the PDRA since the beginning,” Camp said. “Ran Pro Nitrous for years and years, but this is our first No. 1 qualifier ever. We struggled a little bit earlier in the day. We were qualified eighth or ninth. But this was the boost we needed. Shoutout to Proline, ProCharger and Tatman Electric for everything they do for us.”

Two other Proline-powered ProCharger cars dipped into the 3.60s right behind Camp, with reigning world champion Kevin Rivenbark going 3.697 at 201.25 in his GALOT Motorsports ’69 Camaro to qualify No. 2 and Randy Weatherford using a 3.697 at 199.55 in the WS Construction ’17 Camaro to end up third. 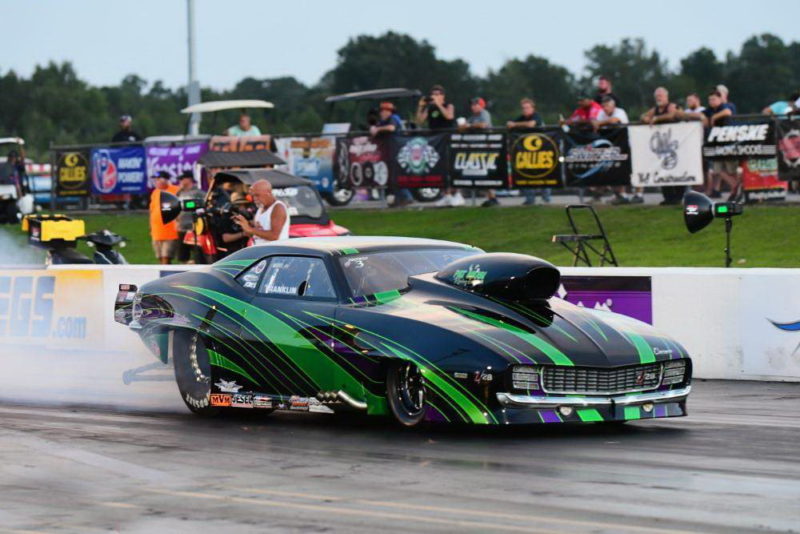 In what has been a consistent trend all season, two-time Pro Nitrous world champion Tommy Franklin and defending world champion Jim Halsey battled all day for the No. 1 spot. Franklin took the top spot in the first qualifying session, then Halsey grabbed it in the second session. Franklin and his Musi-powered “Jungle Rat” ’69 Camaro settled the score in the final session, posting a 3.683 at 204.05.

“It’s an emotional roller coaster out here,” Franklin said. “We come out No. 1 and felt good. Jim knocked us down into No. 2 and I was like, ‘That’s not happening – put some jet in this thing.’ We went back after it and ran a nice, solid pass. Everything’s good. That’s two No. 1 qualifiers in a row now. That’s important to Pat Musi for that [Nitrous Wars] engine builder deal. We get to keep that nitrous bottle and now we have two of them.” 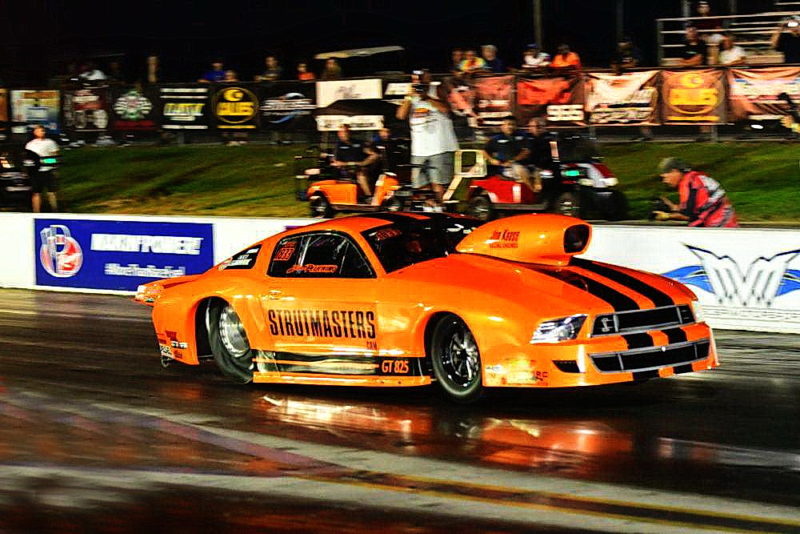 While Johnny Pluchino qualified No. 1 numerous times on his way to two Pro Outlaw 632 world championships, he hadn’t qualified No. 1 in Extreme Pro Stock before Friday. Driving the Kaase-powered Strutmasters.com ’13 Mustang, Pluchino recorded a 4.095 at 176.12 in the final qualifying session to earn his first low qualifier award in the class after winning two of the three prior races. 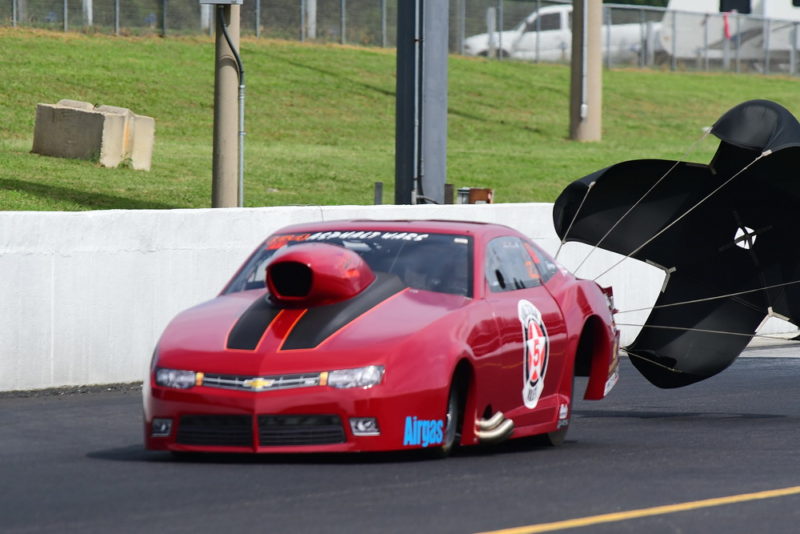 In just his second race in Pro Outlaw 632, Jimmy Pelcarsky shot to the top of the qualifying sheet with his nitrous-assisted, 480ci-powered ’15 Camaro posting a 4.179 at 170.41. Pelcarsky’s RJ Race Cars-built entry bucks the trend of the class-standard 632ci powerplant, instead opting for the small-block combo.

“We’re here to shake things up,” Pelcarsky said. “We worked hard all winter long, spent a lot of money on the car and my brand-new engine. It’s a Ron Hutter Racing engine. He is the baddest man on the planet. And Rickie Jones Jr, he’s the man. He’s got this car so balanced, it’ll go down a dirt road. If we get to race tomorrow, I think I’m going to win my first trophy. That’s how confident I am.”

Points leader Wes Distefano ended up No. 2 after his Musi-powered $hameless Racing ’68 Camaro recorded a 4.228 at 172.19. Past world champion Dillon Voss qualified third with a 4.242 at 169.04 in his Voss-powered Race Star Pro Forged Series ’17 Corvette. 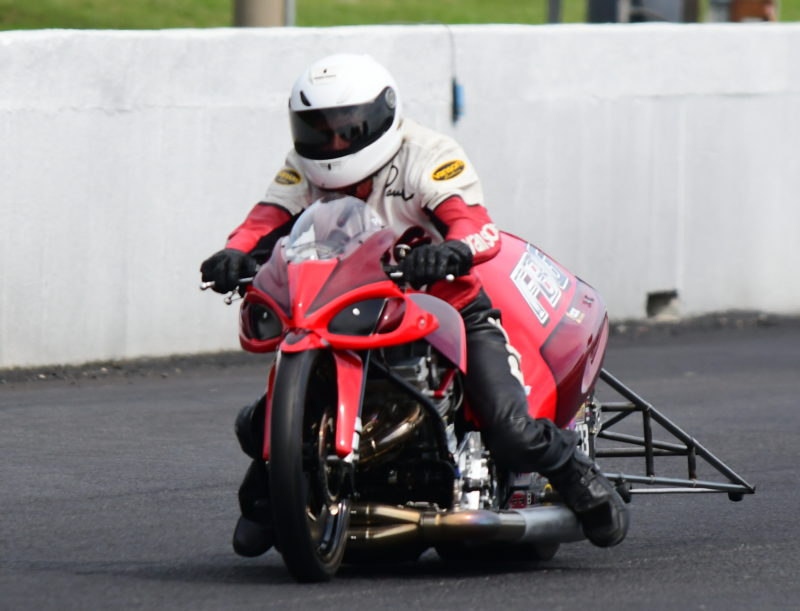 A computer gremlin prevented motorcycle drag racing veteran Paul Gast from putting up representative numbers in the first two qualifying sessions, but his 4.024 at 174.39 in the final session made up for it. He enters Saturday eliminations from the No. 1 spot aboard his Fast By Fast Hayabusa.

“I like to think I’m usually fairly calm and collected up there, but I was a little nervous [going into Q3],” Gast said. “When I saw that the ignition controller wasn’t acting up, I knew it was probably going to whip right on down through there. How quick, I wasn’t sure. I was hoping for a .03 or a .04, so the .02 was quite a pleasant surprise.”

The No. 2 and 3 slots were decided by a fraction of a mile-per-hour, as perennial championship contender Chris Garner-Jones took second with his 4.057 at 172.67 narrowly edging out defending world champion Travis Davis and his 4.057 at 172.30.

Past world champion Dewayne Silance posted a 4.008 at 186.23 in his Buck-powered ’68 Camaro to top the 32 cars making up the second Top Sportsman field.

Virginia’s own Bruce Mullins missed the 16-car Elite Top Dragster field with his 4.001 at 179.52, but it was enough to put the longtime racer and race car painter No. 1 in the Top Sportsman 32 field in his ProCharger-boosted American dragster.

The Summer Shootout presented by Callies Performance continues Saturday with Edelbrock Bracket Bash eliminations beginning at 9 a.m. Sunday is available as a rain date if needed.