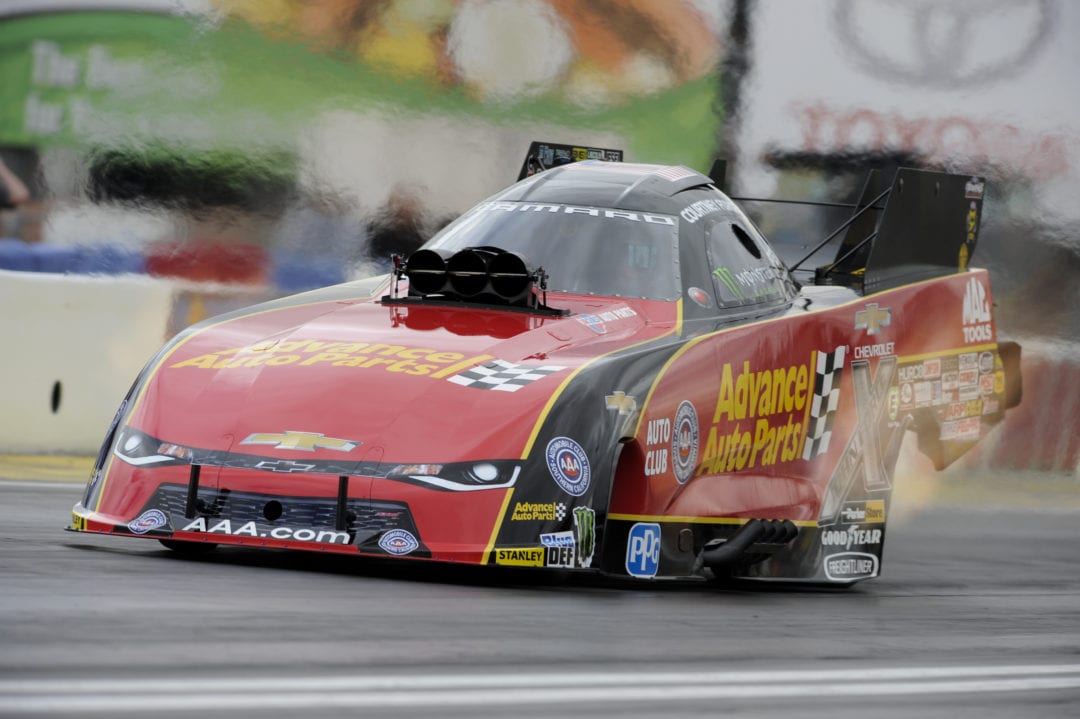 Force set the track elapsed time record with her 3.867-second run at 327.66 mph during the first qualifying session.

“We’re starting the weekend on the right note,” Force said. “Running a 3.86 like that and to go to the top spot and set the track record, it definitely feels good. I’m proud of my guys. It feels good to get it running down there. It was a great run for us to kick of the weekend but we’re hoping we can hold onto it for tomorrow.”

Matt Hagan, who already has two wins under his belt in 2017, is qualified in the second position with a 3.868 pass at 330.63 in his Mopar Express Lane Dodge Charger R/T, Tim Wilkerson is qualified third in the Levi, Ray & Shoup Ford Shelby Mustang and defending world champ Ron Capps is fourth.

Torrence piloted his Capco Contractors dragster to a 3.720 at 327.03 Friday afternoon to lead Top Fuel qualifying. Torrence finished the 2016 season with eight No. 1 qualifiers and is hoping to secure his first of the 2017 season. 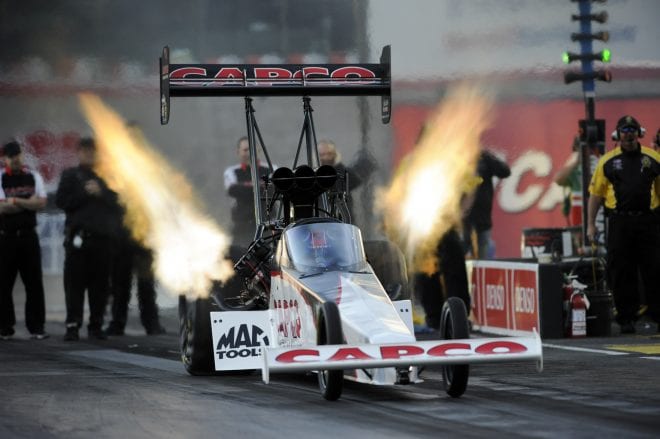 “[The Strip at Las Vegas Motor Speedway] has always been good to me,” Torrence said. “We came here and won in the fall and have run well here pretty much every time we’ve been here. We had a lot of data coming in but we struggled with some consistency. We came out of the box trying some stuff and it worked and we’re happy with the outcome.”

Eight-time world champion Tony Schumacher and his U.S. Army dragster qualified second with a 3.739 run at 326.87, Brittany Force is third in her Monster Energy dragster and points leader Leah Pritchett is fourth.

In Pro Stock, Line raced his Summit Racing Equipment Chevy Camaro to the qualifying lead with a 6.647 pass at 206.76 in the first session. Line has been the No. 1 qualifier at the first three 2017 NHRA Mello Yello Drag Racing Series events.

“We have a really good hot rod and we have had all year,” said Line, the reigning Pro Stock world 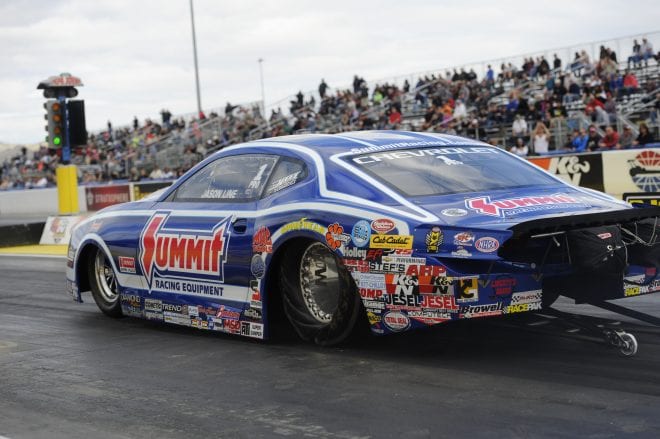 champion. “It’s exciting. It makes it fun to drive and as long as I do my job we’ve got a great chance of winning the race. Tomorrow with the K&N Horsepower Challenge, it’s our big day, we have a chance to win some money so I’m excited about the weekend.”

Veteran Jeg Coughlin is in the No. 2 spot with a 6.652 at 206.29 in his JEGS.com / Elite Performance Chevy Camaro, Bo Butner is third in the Jim Butner’s Auto Chevy Camaro and Greg Anderson is fourth.

Qualifying for the DENSO Spark Plugs NHRA Nationals continues Saturday at 1:10 p.m. with the final qualifying session slated for 3:40 p.m. The K&N Horsepower Challenge, Pro Stock’s race within a race, will be contested at 1:10, 3:40 and 4:45 p.m.