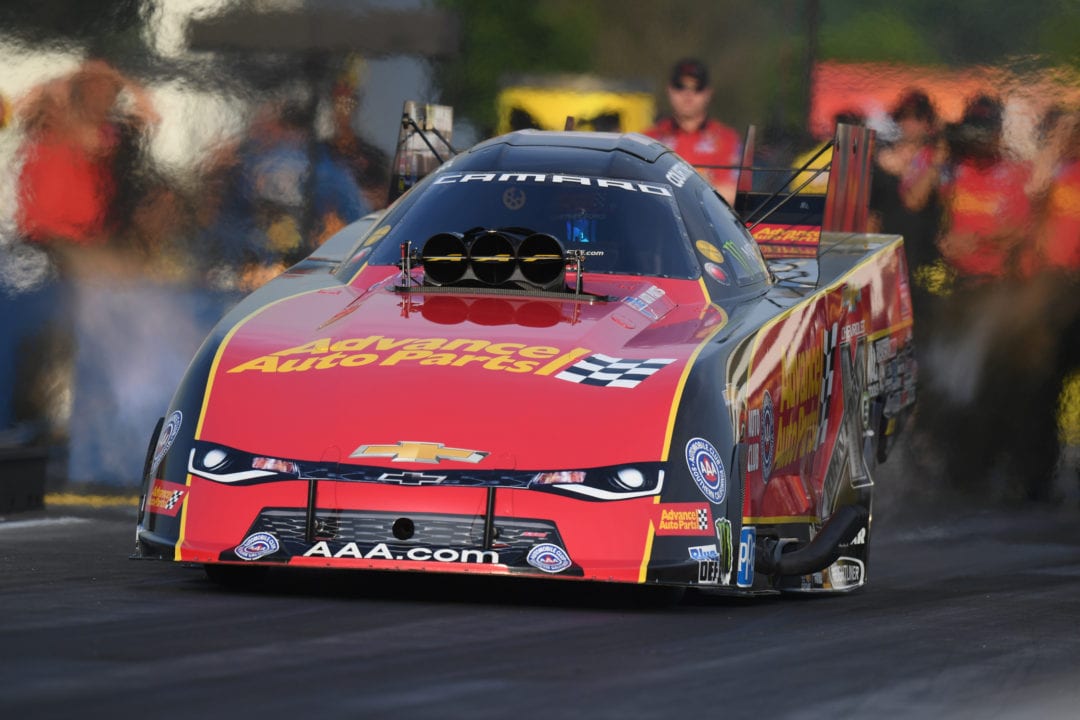 Courtney Force continued her early-season dominance in the Funny Car class as she currently sits as the No. 1 qualifier at the inaugural Virginia NHRA Nationals at Virginia Motorsports Park.

Force jumped atop the category lead with a pass of 3.983-seconds at 323.35 mph in her Advance Auto Parts Chevrolet Camaro SS recorded during her second qualifying run of the day. The NHRA Mello Yello Drag Racing Series returned to the facility for the first time since 2009 and both her time and speed are track records. The current points leader is on the hunt for her sixth No. 1 qualifier of the year and fourth in the past five events.

“We didn’t really know what to expect at a new track, but once we made a solid run in the first round we knew we could make a phenomenal run in the second round to try and get our top spot back,” Force said. “It’s great to be back in Virginia, and I’m really proud of my team for having such a good start to the weekend.”

John Force Racing teammate Robert Hight currently finds himself second with a pass of 4.039 at 318.39 recorded during his second run of the night.

Schumacher powered to the top spot in Top Fuel with a run of 3.777 at a track record 327.51 in his U.S. Army dragster during the second qualifying session of the day. The eight-time world champion is aiming for his third No. 1 qualifier on the season. 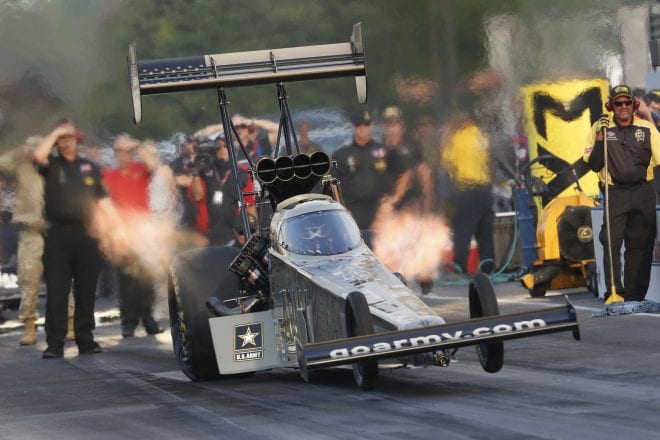 “All of the drivers and crew chiefs were really pleased with this track, it was just perfect,” Schumacher said. “We have won this race before, but to have the fans coming back to this track and see the U.S. Army car doing well is a really cool feeling.”

Defending Top Fuel world champion Brittany Force is currently second after a 3.808 at 324.75 during her second pass of the day.

Anderson currently holds the top spot in Pro Stock after driving to a 6.571 at 210.67 pass in his Summit Racing Equipment Chevrolet Camaro during the last pass of the second round of qualifying. The four-time world champion is chasing his sixth No. 1 qualifying spot of the season and second in a row. 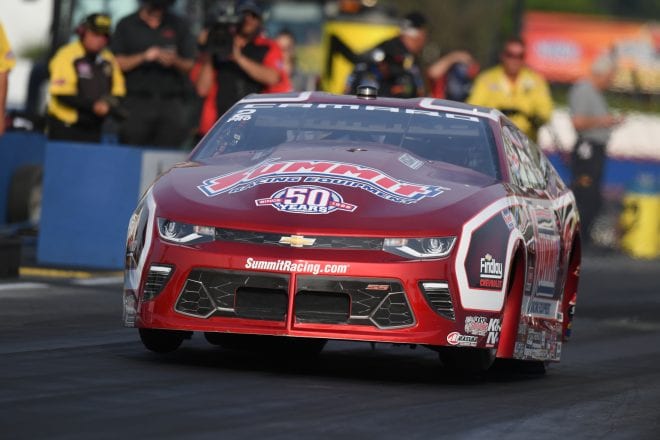 “This is a brand-new race track and they have done a phenomenal job on these two lanes, it’s a tough challenge, but I am very happy with the job that has been done here,” Anderson said. “I have a lot of history here in Richmond, this is a magical place to me so I’m glad to be back here to race at this track.”

Defending Pro Stock world champion Bo Butner was able to move into second with a 6.575 at 210.14 during the second round as he looks to regain the momentum from his season-opening victory at Pomona.

The Pro Stock Motorcycle class was paced by Hector Arana Jr., who used a 6.795 at 198.15 on his Lucas Oil Racing TV EBR from his second qualifying run as he had low E.T. of both qualifying sessions to lead the pack. 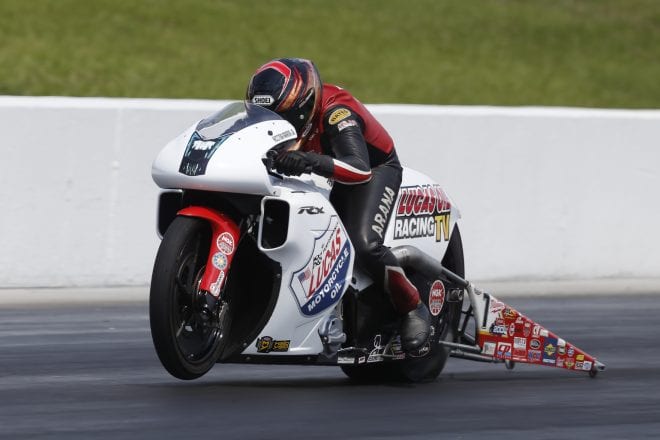 “Our bike is really consistent right now and has responded well to the changes we have been making,” Arana Jr. said. “This track is one of the best I have been on, and we knew we could throw everything we have at this track to have a few solid runs.”

The category points leader Andrew Hines is currently second after a 6.833 at 196.24 as he looks to become the first Pro Stock Motorcycle winner in Richmond since his brother Matt in 1998.

Qualifying continues at 12:45 p.m. on Saturday at Virginia Motorsports Park.