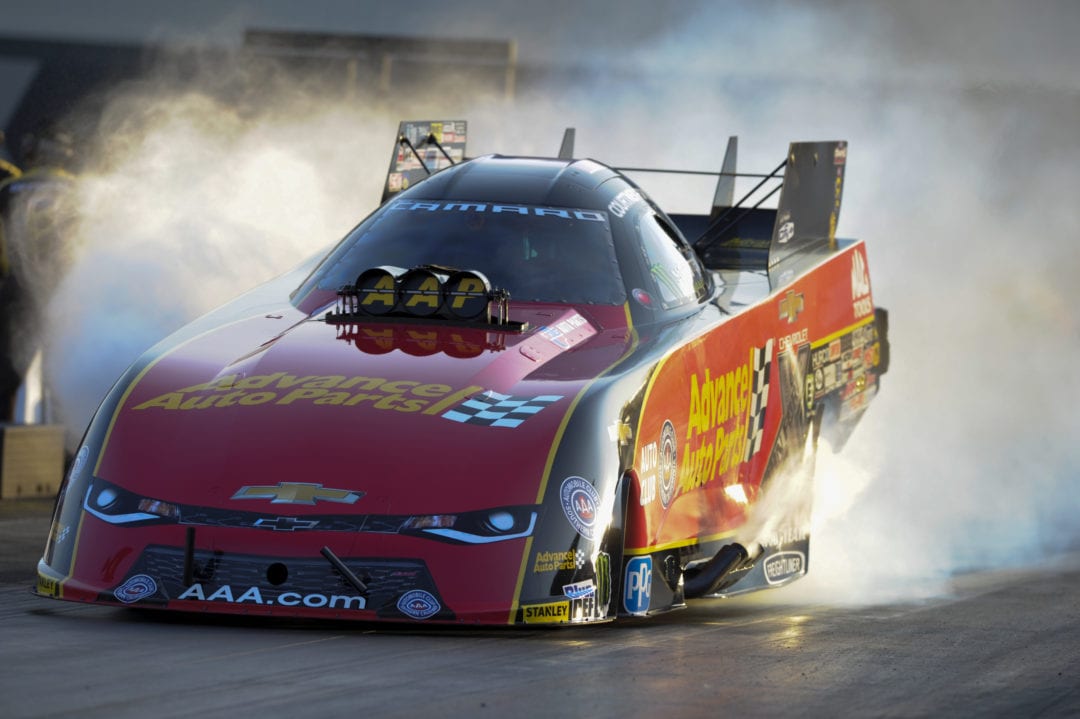 Force raced a track-elapsed time record of 3.851-seconds at 323.27 mph in her Advance Auto Parts Chevy Camaro in the second qualifying session.  Her teammate, Robert Hight, qualified second at 3.873 at 333.91 in his Auto Club Chevy Camaro, and her father and team owner, John Force, ran a 3.889 at 323.43 to qualify third in his PEAK Chevy Camaro.

“Excited to be one, two and three coming out here,” Force stated. “This is also a pretty important track for us. It’s so crazy from a driver’s standpoint but it’s so much fun and puts such a challenge on everyone that I think this track makes everyone a better driver. A lot of people make mistakes here and I think a lot of people really have to be on their A-game when you come to a track like this.”

Millican leads Top Fuel qualifying with his run of 3.716 at 325.77 in his Parts Plus / Great Clips dragster which occurred during the second session.  He was the No. 1 qualifier in Houston where he was defeated by Steve Torrence in the semi-finals. 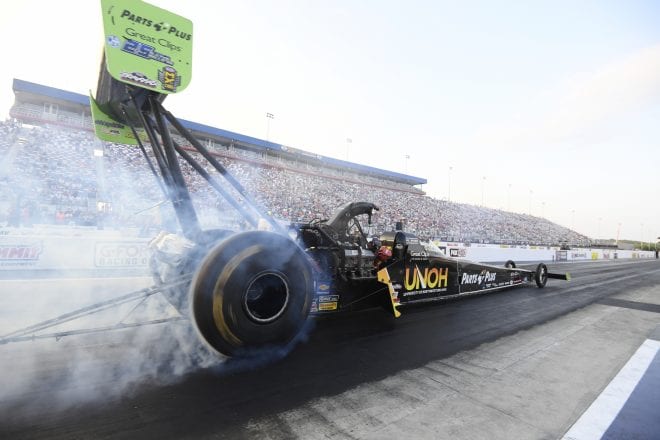 “It’s just crazy that we’re at the front of the field these last couple of weeks,” Millican stated. “The car is just running well and it’s not hurting itself which is very important to be able to have those consistent runs.”

Doug Kalitta and the Mac Tools dragster are second with his pass of 3.718 at 325.77 and three-time world champion Antron Brown is third with a 3.720 at 328.06 run in his Matco Tools dragster. Torrence and the Capco Contractors dragster sit in fourth.

Coughlin Jr. holds the Pro Stock top spot after running a 6.578 at 210.24 in his JEGS.com/Elite Performance Chevrolet Camaro. Coughlin, a five-time Pro Stock world champion, was the No. 1 qualifier at the most recent event in Houston as well as racing to a runner-up finish and is buoyed by the current success. 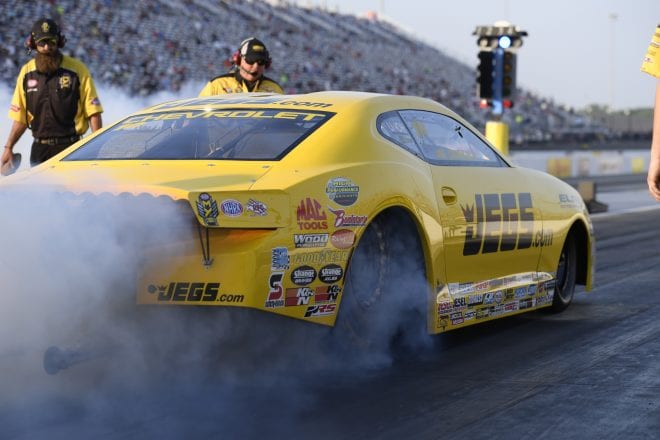 “We had touches of brilliance here and there and tested between Vegas and Houston,” Coughlin said. “We showed up in Houston and qualified on the pole. We tried to not look back but was nipped in the final by Bo Butner. Heck of an effort, we had a great day for the yellow and black and look forward to hitting the track tomorrow.”

“We take it race by race and focus on our program,” Savoie stated. “One thing you’ll learn about my crew chief is that he doesn’t think about tomorrow. He doesn’t think about round two when he’s in round one. Whatever the conditions are at that time is when he makes the adjustments.” 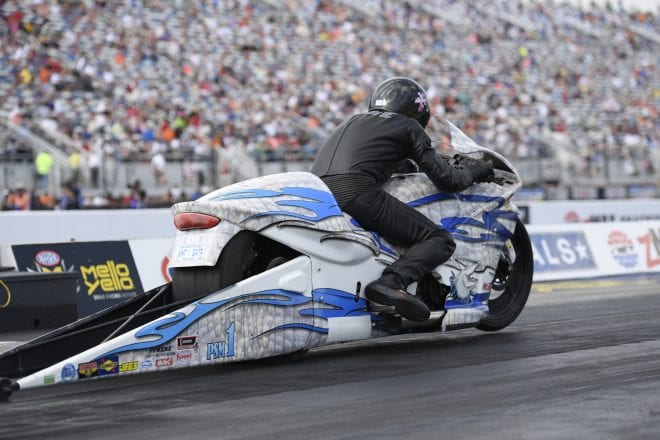 Eddie Krawiec, a three-time world champion, sits in second position with a 6.835 pass at 196.93 on his Screamin’ Eagle Vance & Hines Harley-Davidson and Chip Ellis on his Junior Pippin Trucking Company Buell is in third.

Qualifying for the eighth annual NHRA Four-Wide Nationals continues at 1:30 and 4 p.m.  on Saturday at zMax Dragway.