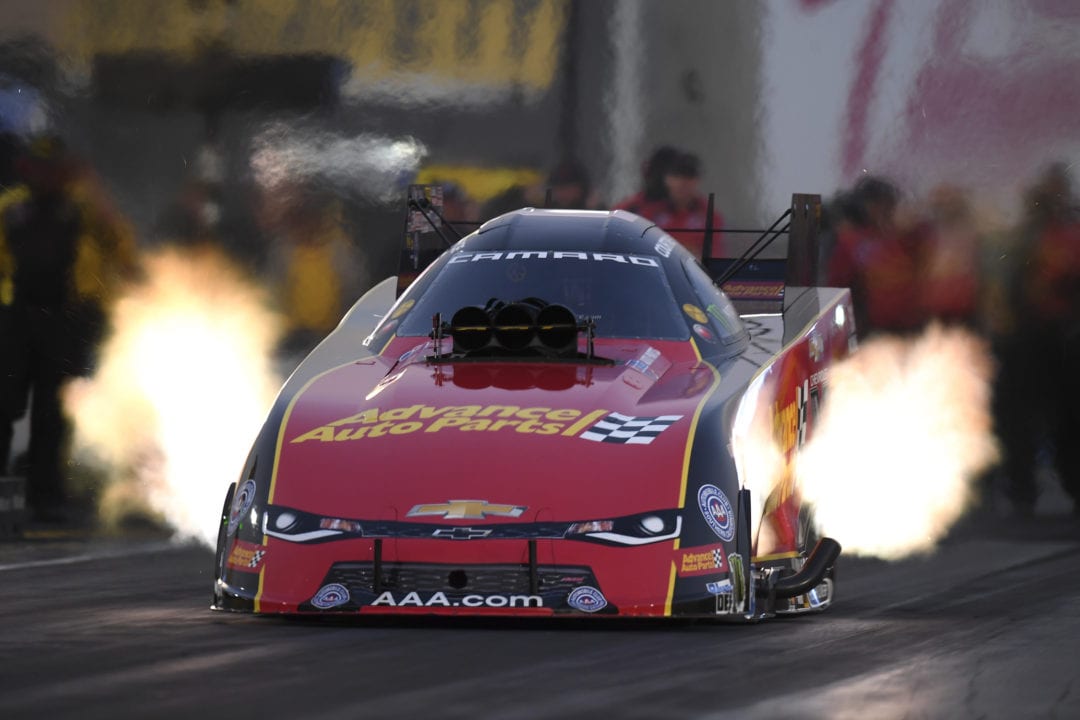 Force jumped atop the class with a pass of 3.910-seconds at 326.16 mph in her Advance Auto Parts Chevrolet Camaro SS recorded during her second qualifying run of the day. She currently leads all NHRA competitors with nine No. 1 qualifiers on the year as she also has a category-best four wins at this point in the season.

“I knew that with these conditions during the second pass our team could really shine, so we pushed the car pretty hard and made our way to the top spot,” Force said. “That run felt great so I was really excited to do that for our sponsors, and even though we still have that pass tomorrow it feels great to be on top at the end of night one in Sonoma.”

Jack Beckman jumped into second in the class with a 3.929 run at 324.51 in his Infinite Hero Foundation Dodge Charger R/T during the second qualifying run.

Millican powered to the preliminary top spot with a run of 3.700 at 327.98 in his Great Clips / Parts Plus dragster during the last qualifying pass of the night. Millican is chasing his seventh No. 1 qualifier of the year as he also looks for his first career top spot at Sonoma Raceway. 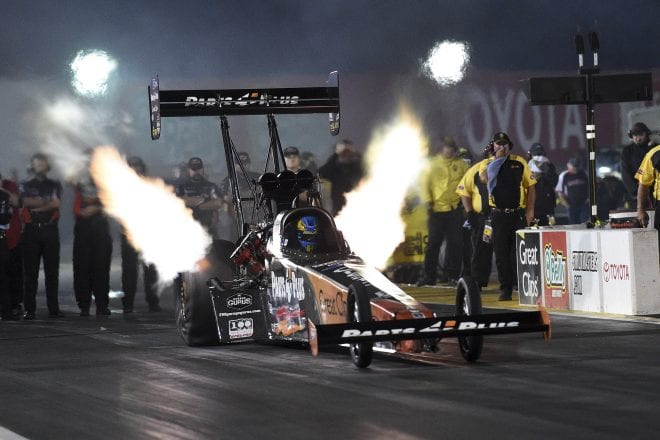 “The coolest part of this last pass was that [crew chief] David Grubnic completely called that run, so I know he’s a happy guy since we ran exactly what he planned,” Millican said. “These No. 1 qualifiers are fun and they are cool, but we want to turn more of these great qualifying efforts into wins.”

Leah Pritchett is second in current Top Fuel qualifying after her 3.727 at 328.38 in her Mopar dragster during her second run of the day as she looks for her second consecutive win in the Western Swing.

Anderson currently leads the Pro Stock class after driving to a 6.515 at 211.16 in his Summit Racing Equipment Chevrolet Camaro during his second pass of the day. The four-time world champion is chasing his ninth No. 1 qualifying spot of the year as he sets his sights on back-to-back race wins to start off the Western Swing. 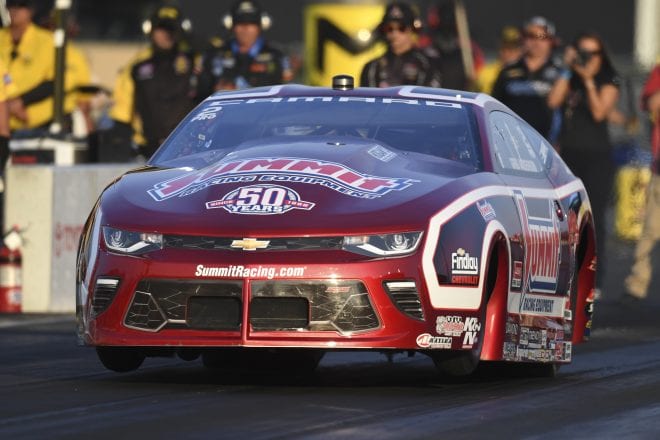 “What a great day out here, I love racing at this track and these conditions really bring these cars to life,” Anderson said. “We were a little off on the first run today, but we bounced back in the second round and we get to celebrate being on top of the group today.”

His teammate Jason Line is currently qualified second following a 6.517 at 211.03 in his Summit Racing Equipment Chevrolet Camaro during the second round of qualifying.

The defending world champion Krawiec currently leads the Pro Stock Motorcycle class after a 6.780 at 198.76 on his Screamin’ Eagle Vance & Hines Harley-Davidson during his first pass of the day. The four-time world champion is chasing his second consecutive No. 1 qualifying spot of the as he also looks to expand upon his category-best three wins in 2018. 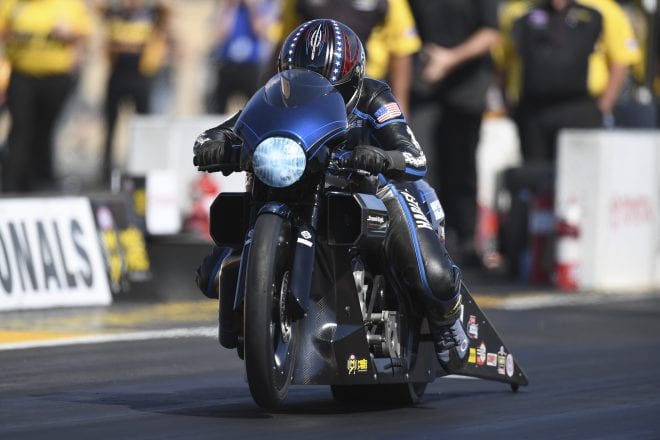 “It’s a big challenge coming from the high altitude of Denver back to sea level with this great air quality which makes it exciting,” Krawiec said. “This is a big change for our timing and how we ride these bikes, but we had a real good, clean run right off the truck and I’m very thankful for that.”

Hector Arana Jr. finds himself second following a 6.803 at 200.11 on his Lucas Oil Racing TV EBR during the first round of qualifying as he remains the only rider in the class to have broken the 200-mph barrier.

Qualifying continues at 1:10 p.m. on Saturday at Sonoma Raceway.