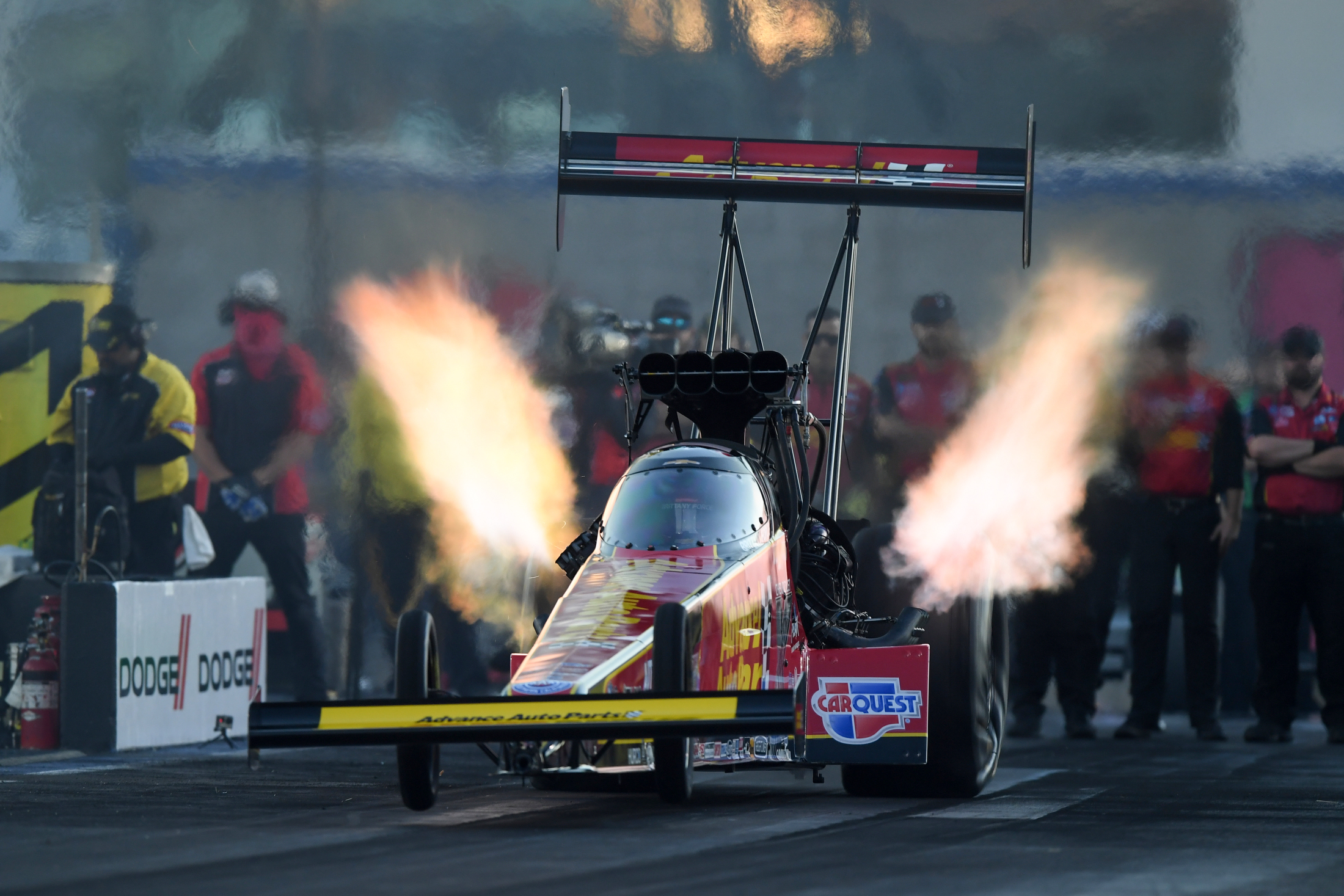 It was nearly 15 years ago when Tony Schumacher made the fastest run in NHRA Top Fuel history, setting the record with a run of 337.58 mph to the quarter-mile at Brainerd in 2005.

With Schumacher calling the action from the broadcast booth on Friday in Las Vegas, Brittany Force blasted her way to a new mark – in 320 less feet.

Force and her team, led by swing-for-the-fences tuner David Grubnic, went otherworldly at The Strip at Las Vegas Motor Speedway, going 338.17 mph on a track record pass of 3.659-seconds.

That gave her the No. 1 qualifying position at the Dodge NHRA Nationals, but the speed number was what had everyone – Schumacher included – buzzing.

Force had been over 330 mph before, including a previous career-best speed run of 335.15 in Sonoma this summer, but even she noticed something different about this memorable pass.

The finish line came much quicker and even with her radio not working on the pass, Force knew she had been a part of something special. She wasn’t expecting to hear a 338 when it came to her speed, though. 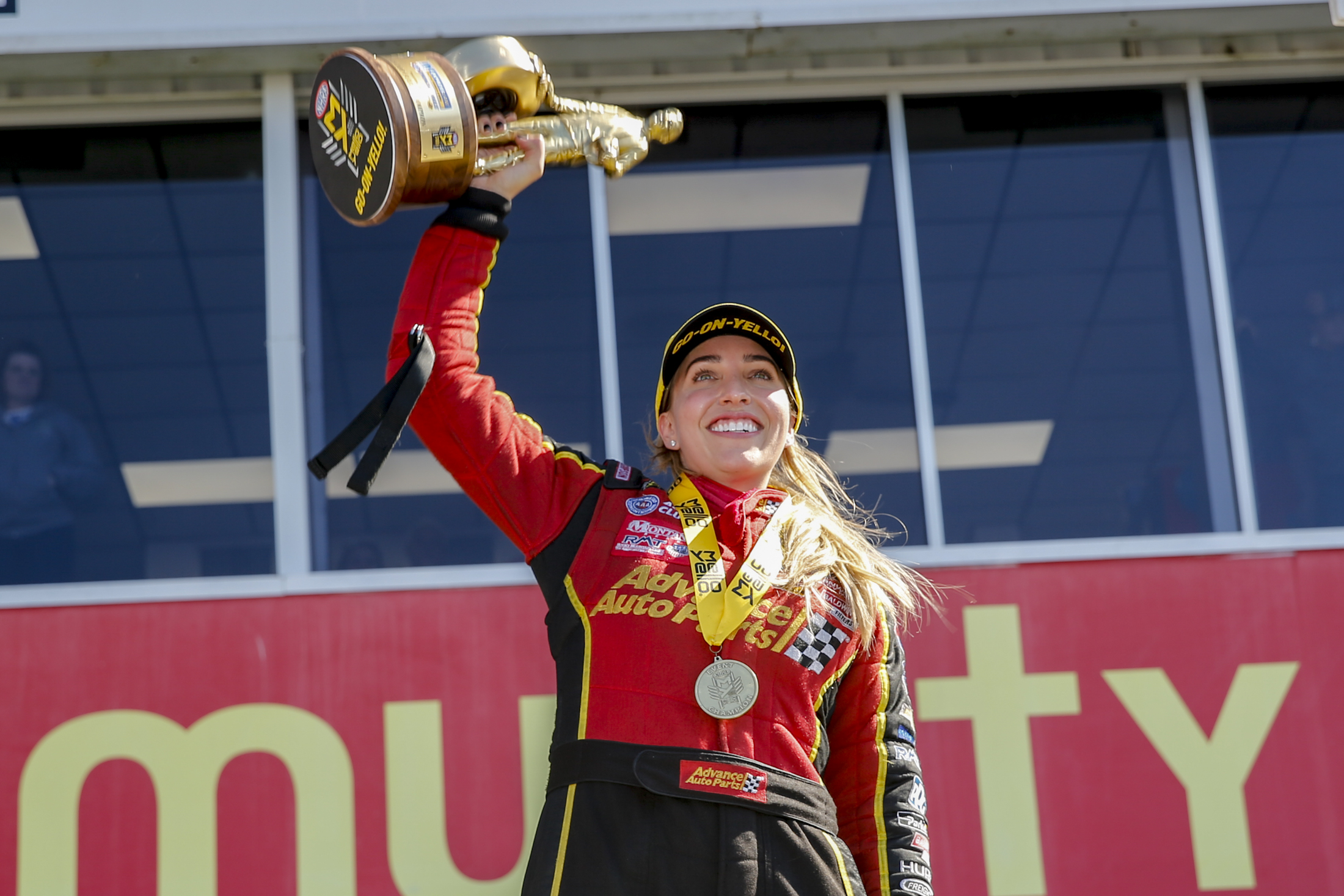 “The plan must have changed because when we spoke we were trying to run a .68,” Force said. “Once I got in the car and Grubnic saw some of those numbers come up on the board, I’m sure he changed things up.”

Of course, big numbers are Grubnic’s forte. He called the shots as Clay Millican made the quickest run (at that time) in NHRA history a year ago, coming on board as Force’s crew chief in 2019.

There have been moon shots aplenty this year, too, including a new E.T.-record pass of 3.623 to open the Countdown, and Vegas was simply the latest.

It gave Force, who entered the weekend third in points and 46 behind Steve Torrence, three bonus points and plenty of momentum. Even as record-breaking passes aren’t the biggest priority, Force admitted there’s a certain cool factor with holding both ends of the national record.

Surpassing Schumacher’s mark in just 1,000 feet only added to the magnitude of what she accomplished on Friday in Vegas.

“We’ll take those bonus points and now we have the speed record, which is pretty awesome,” Force said. “I’m very proud to hold that with all of my guys.”

The goal, though, is to eventually turn these massive runs into wins. Force is closing in on her third No. 1 qualifier in the Countdown to the Championship, and her fifth in the past seven races, but she only has three semifinal appearances to show for it in that span.

Her lone win came way back in April in Houston, even as she’s raced to eight – and likely nine – top qualifiers. Grubnic has had no problem dialing up mammoth blasts, but finding a consistent, winning combination hasn’t been easy.

Still, that remains the goal to close out the season. Force is entrenched in the title chase with two races left, sitting a pair of rounds behind Torrence, whom she dueled with two years ago en route to her first world title.

If a record run turns into a Vegas win for Force, things could be downright epic in Pomona.

“A 3.65 is pretty outstanding here in Vegas and this is one of my favorite tracks on the circuit,” Force said. “I would love to win here and we’re off to a great start. The only win we’ve had was too far back, (and) just one win this season. I’m banking on this weekend. We need to get that win if we want to go after a championship. We’re in a good position right now, but we have to win this thing.”

If nothing else, Force couldn’t have started any better. 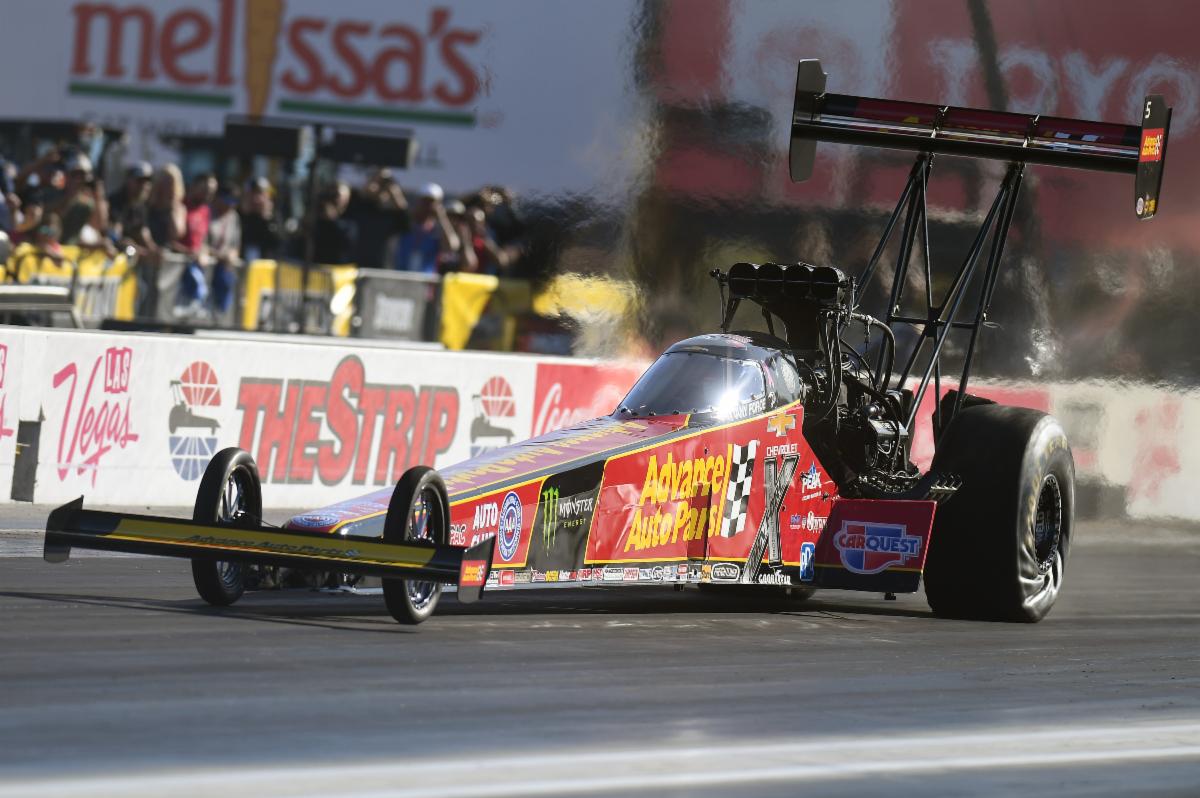