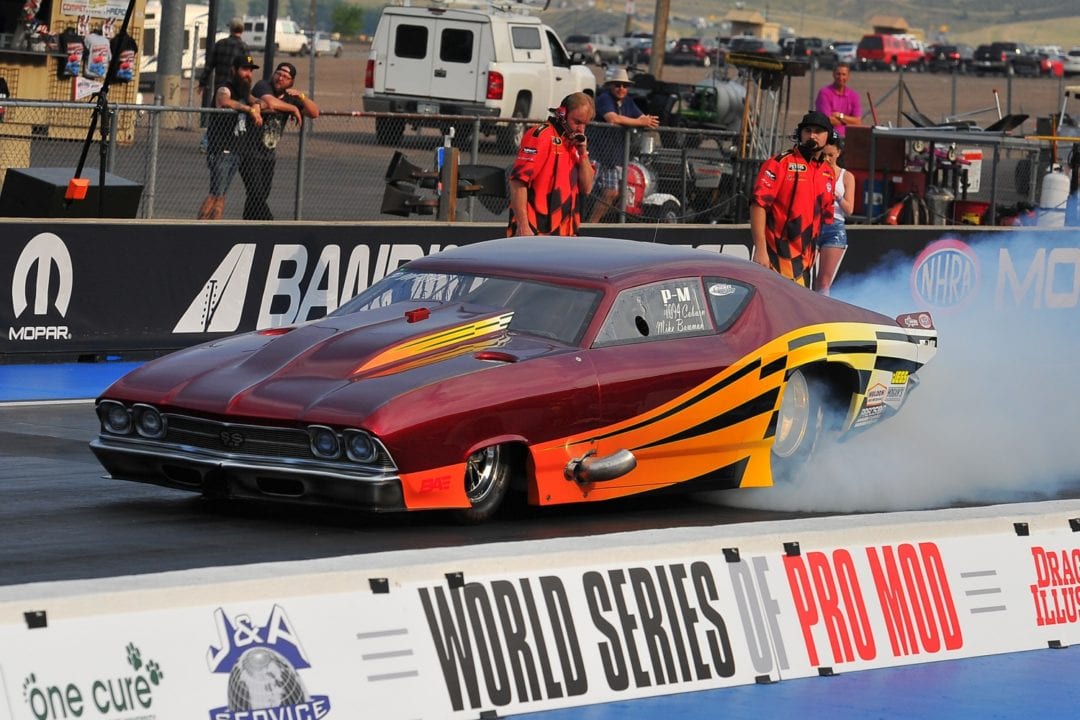 Industry leader Brad Anderson Enterprises (BAE) has been named a sponsor for the upcoming DRAG ILLUSTRATED World Series of Pro Mod, race officials announced today. The second annual event, known as the biggest and richest Pro Mod race in the history of the known universe, will take place Aug. 10-11 at Bandimere Speedway just outside of Denver.

The addition of BAE adds another standout company to the highly-anticipated Pro Mod race, which will award $100,000 to the winner and will feature 32 of the best Pro Mod competitors in the world.

“Drag racing has always been a driving force for our business, and I’m happy to still be involved after all these years,” BAE Founder Brad Anderson said. “Pro Mod has been an interest and challenge for us, and we’re very excited to be a part of the World Series of Pro Mod. We’re proud to not only support this race and what it means for Pro Mod, but also the many customers we have competing for that $100,000 grand prize. We wish them all the best of luck on ‘Thunder Mountain’ this August.”

BAE has been a marquee name in drag racing for more than three decades, in part to Anderson’s own success as a driver. Anderson recorded 24 national event victories and three world championships in Top Alcohol Funny Car, using that experience to help make BAE an industry powerhouse.

The company develops innovative and high-quality racing engines and components, specializing in aluminum engine blocks and billet cylinder heads. BAE customers have enjoyed impressive success in a number of different categories and that incredible track record includes numerous top Pro Mod drivers, including reigning World Series of Pro Mod champion Mike Bowman. As the World Series of Pro Mod continues to grow, the addition of BAE as a race sponsor also adds to the magnitude of the race.

“What can you say about Brad Anderson that hasn’t already been said? He’s an icon,” Drag Illustrated Founder and Editorial Director Wes Buck said. “To call and talk to him on the phone, or to spend a few minutes chatting with him at the track, for me, is surreal. His contribution to the sport of drag racing on so many levels is largely unparalleled, and we are proud and honored to have his world-renowned operation involved with the World Series of Pro Mod.”