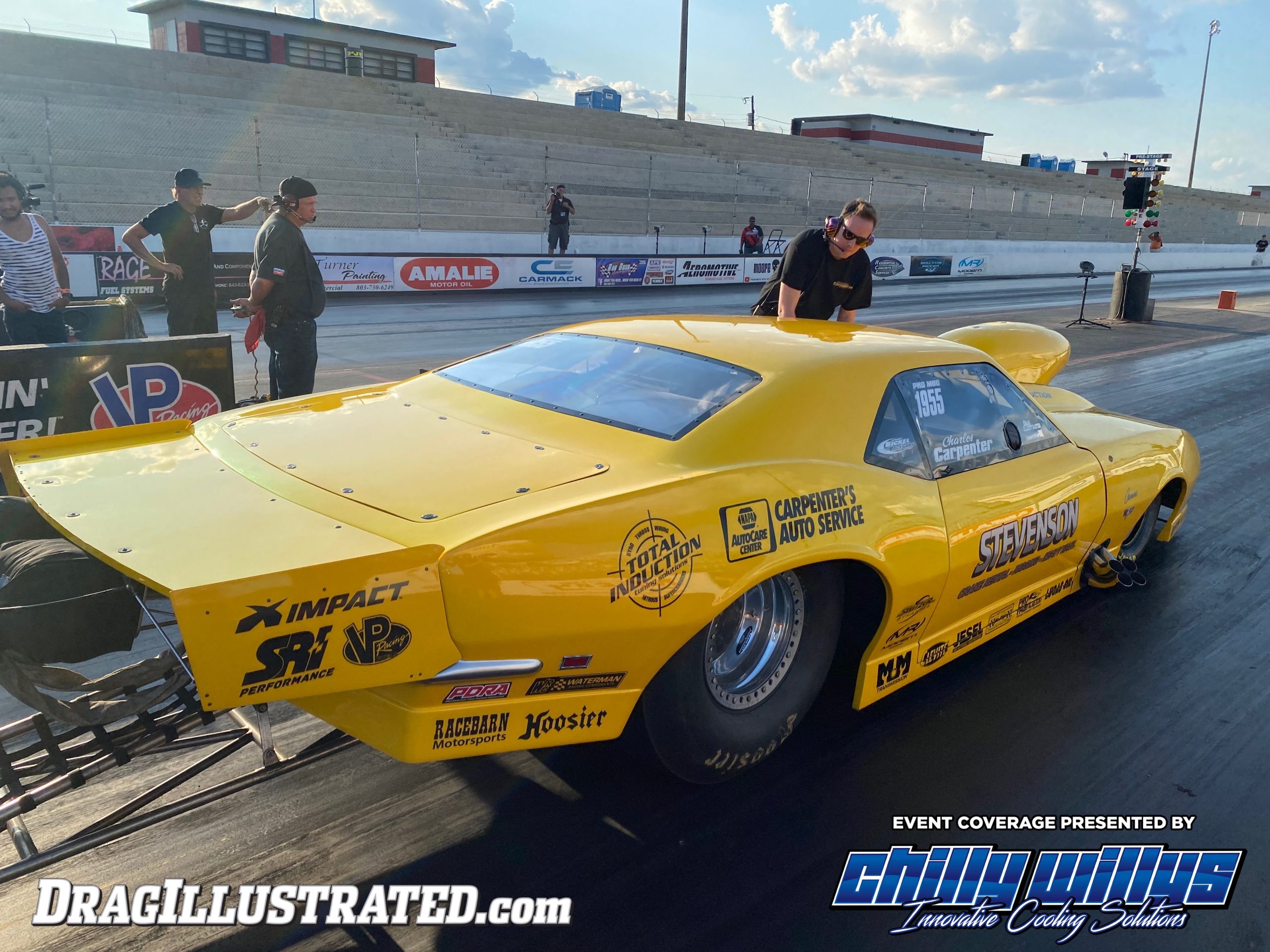 We here at DRAG ILLUSTRATED have been fortunate to cover a lot of drag races over the years, but we’d be hard pressed to identify any single event that has generated more genuine enthusiasm than the 2020 running of Keith Berry’s WOOSTOCK at Darlington Dragway.

Honestly, though, what I’m interpreting as enthusiasm may well simply be a collective sigh of relief. Racers want to race, and they’ve been chomping at the bit since the season ended last year. Some of them got to exercise their demons at Lights Out 10 in Valdosta, at the NHRA national events in Pomona and Phoenix or our DRAG ILLUSTRATED World Doorslammer Nationals in Orlando, but a significant group of racers have been waiting for their opportunity to crack the throttle for something like six months. For any heads up racer with a small fortune invested in their race car and tow rig (not to mention all the associated spare parts, tools and pit equipment required to race)…that’s an unacceptable timeline.

So, while I’m certain a gang of the racers assembled here at South Carolina’s favorite race track are stoked to be at WOOSTOCK, by and large it feels like racers are just happy to be racing.

I rolled through the gates at Darlington around 10PM Eastern Standard Time today (Thursday) with my partner in crime JT “Murder Tundra” Hudson and we were both floored by the number of rigs on the property. We haven’t heard an official number, but our estimate is well over 200 – a host of which have been here damn near all week. Making our way through the staging lanes it was an absolute who’s who of doorslammer heavy hitters. We chatted up Mark Micke and Jason Carter, who have dived head-first into Pro 275 competition with their well-known twin-turbo Chevy Malibu. We saw “Stevie Fast”, Jim Halsey, Jay Cox, Dean Marinis, Jon Salemi and “Tricky” Rickie Smith – arguably the greatest doorslammer racer of all time. The Godfather of Pro Mod, Charles Carpenter, is here. Mark Woodruff, Shawn Ayers, Craig Sullivan, Randy Weatherford, Steve Petty, Jamie Miller, Todd Tutterow, Chris Rini, Mike “The Hitman” Hill, and the list goes on.

Just typing that list and knowing that we were there amongst that group is pretty hard to believe.

Ask any of those aforementioned folks what this event means and they’ll all tell you the same thing: Everything.

It means everything to get racers back on the track. Speaking to a few of my friends in the industry earlier this week, I was told multiple times that simply injecting the notion of going drag racing soon had produced a significant uptick in business – phone calls, online orders, etc. all on the rise. Now, with an actual race taking place and parts being destroyed (hey, it’s part of it) – there is no telling how great of an impact it will have on our industry. Many a racer prides his or herself on not tearing up parts, but there are a tremendous amount of consumable goods involved in this straight-line motorsport of ours, and it’s day-long test sessions and multiple rounds of qualifying followed by multiple rounds of eliminations that gets those valve springs worn out, spark plugs burnt up, bottles emptied, belts frayed and tires destroyed. That’s what our industry needs right now, and I don’t know that I could be any happier to see it happening.

What promoters in our industry need, however, is fans buying tickets, eating food, drinking beer and standing in line for merchandise and, unfortunately, that’s something that is not happening here at WOOSTOCK.

My first stop once on the grounds in South Carolina were to track down Keith Berry, who has promoted the holy hell out of this event for the last few years, and to check in on the guy. Hey, it’s been a real up-and-down ordeal for him over the course of the last few months. From feeling like he was on the cusp of “breaking through” as one of outlaw drag racing’s premiere events to being almost certain he was going to have to cancel it; from being over-the-moon excited he wasn’t going to have cancel it, but might not be able to have fans to going public with the news that he would be able to have fans and less than a week later having to take it back – it’s been a rough go of it for one of Georgia’s favorite radial racers.

“If we’re lucky, we’ll break even,” he told me, when I asked how things were looking.

I hope that is something everyone remembers next year when – God willing – this coronavirus nightmare is a distant memory, there are dozens of races on the schedule and WOOSTOCK is simply one of a several options for doorslammer drag racers. I hope that racers remember how it felt tonight to be back out at the track and to be racing on a superbly prepared surface, for a legitimate purse and doing so while the promoters and track owner have hardly a chance of making a penny.