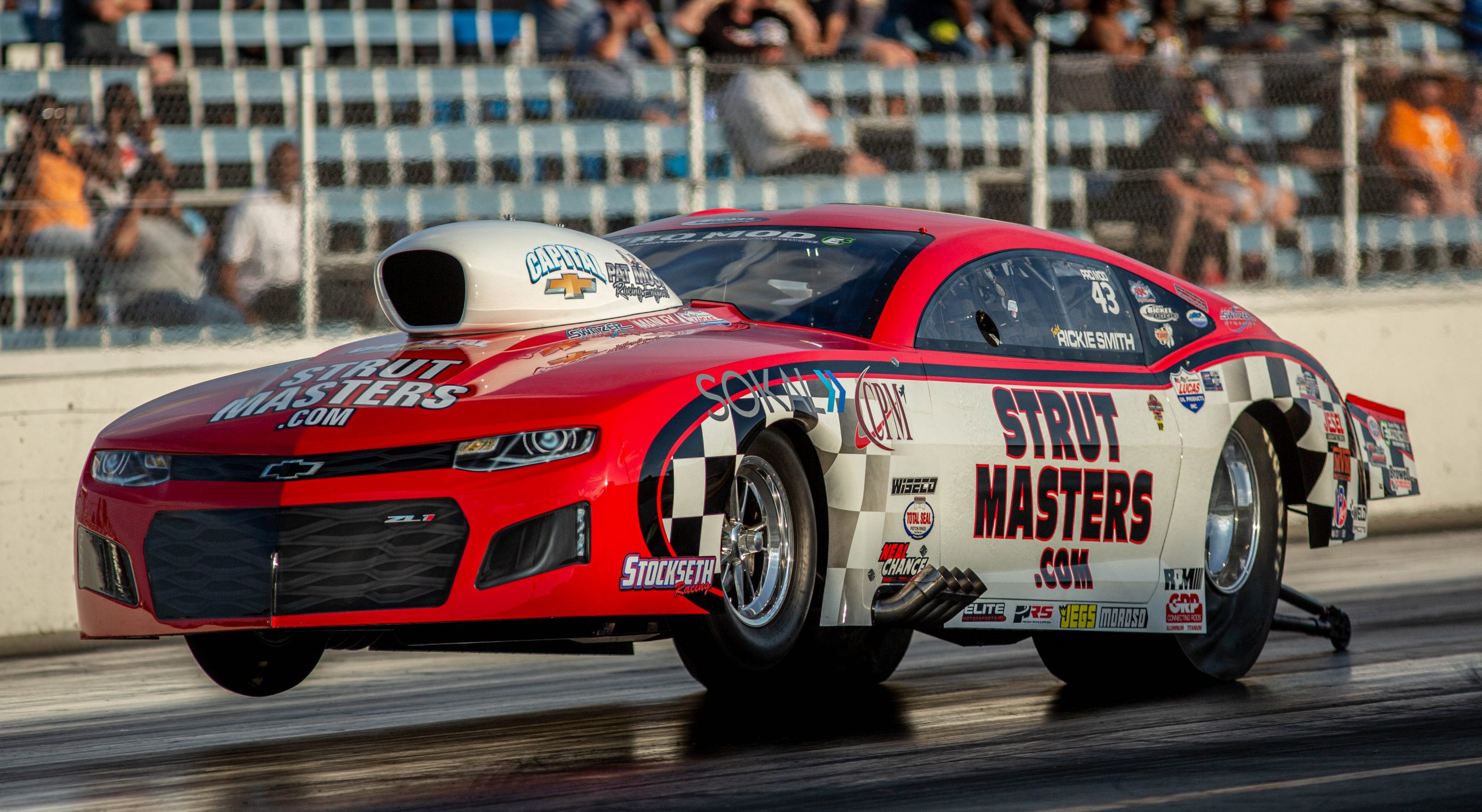 Despite the painful absence of fanfare at WOOSTOCK 2020, it’s impossible to downplay the number of cars on the property here at Darlington Dragway.

Even harder to downplay? The quality of the cars here.

I’ve seen my fair share of Pro Mod races, and the big tire show that has been put together by the Carolina Xtreme Pro Mod series is un-freaking-believable. While the first round of qualifying late, late, late on Thursday night was solid, the second session, which took place at about 7PM EST, bordered on ridiculous. The action since then has not disappointed.

Listen…I know that radials are all the rage right now (and have been for awhile), but even with the big tire classes at WOOSTOCK slotted into the schedule almost as filler – these guys and gals are 100-percent stealing the show. Don’t get me wrong – those 3.5-second passes from “Stevie Fast” and Kevin Rivenbark last night in Radial vs. the World were massively impressive. It’s just that almost every car in the Pro Mod division is bad-to-the-bone. It’s not a deal where there are just two or three guys capable of doing something spectacular.

For instance, the second round of Pro Mod qualifying produced at least six runs in the 3.6-second range, and a slew of mid-to-low 3.70s. Randy Weatherford and Eric Gustafson clicked off brutal 3.68- and 3.69-second side-by-side passes as the first pair of cars. Speaking of Randy Weatherford, his blue Pro Line/ProCharged Camaro looked absolutely hateful.

Admittedly, it’s not that unusual for a slew of Pro Mods to turn up for a Quick-8 in the Carolinas, but the names involved with this particular endeavor would rival even the most established drag races in the country. From “Tricky” Rickie Smith and Charles Carpenter, two of the most iconic racers in the history of Pro Mod, to PDRA Pro Nitrous stars Jim Halsey and Jay Cox and a couple dozen other heavy hitters – I can’t imagine there has been a more diverse group of racers at the Legendary Darlington Dragway in a decade or better.

The multiple iterations of WOOSTOCK and how Pro Mod fits in is interesting, too. Initially, WOOSTOCK, which is co-promoted by longtime radial racer Keith Berry and the Carolina No-Time Association’s Lance Stanford, was built to be the biggest clocks-off, grudge racing event on the East Coast. Berry, who’d spent the majority of his racing career at radial events in Valdosta, Georgia, and on the NMCA Radial Wars trail, decided on a whim to throw his hat into the no-time world by attending a Carolina N/T event in Piedmont, North Carolina. The energy, passion and enthusiasm of the scene hooked Berry immediately, and he knew it was a brand of racing he wanted to invest in.

The first year of WOOSTOCK was largely headlined by those N/T classes, but with Berry being so entrenched in the radial world he couldn’t help but add a headlining, big payout Radial vs. the World eliminator. The decision worked out well as killer conditions and Darlington’s notoriously fast surface produced a then-record-setting 3.71-second blast from “Stevie Fast” Jackson and what was the quickest side-by-side pass in radial racing history as Barry Mitchell posted a 3.74-second lap alongside Jackson.

The push for radial racing to headline the event has continued over the years, but here in 2020 it feels almost certain that this event could very quickly become known as a must-attend-happening for big tire Pro Mod guys/gals. It’s a tight-rope walk, however, as adequately preparing the all-concrete surface at Darlington for both radial and slick competition simultaneously remains a challenge for promoters and track operators around the world.

I’m not saying WOOSTOCK needs to “pick one and ride”, but I am saying that the Carolina Xtreme Pro Mod shootout that has taken place this weekend – with something like 40 cars across three categories, including Xtreme Pro Mod, Outlaw 800 and 4.50 Index – is absolutely, positively capable of carrying this event into the future.

It’s my opinion that small tire/radial racing will always have a place at WOOSTOCK. Yet if it’s going to be the marquee happening, it’d be cool to see a new class or previously lesser-promoted eliminator be thrust into the spotlight. Perhaps a new format? Instant green starts and the more classic small-tire cars like those found in Limited Drag Radial could be the headliner? Does the inventory of cars exist to support that? I’m not certain.

Either way, the show over these last few days in South Carolina has undoubtedly included big tires and wheelie bars.