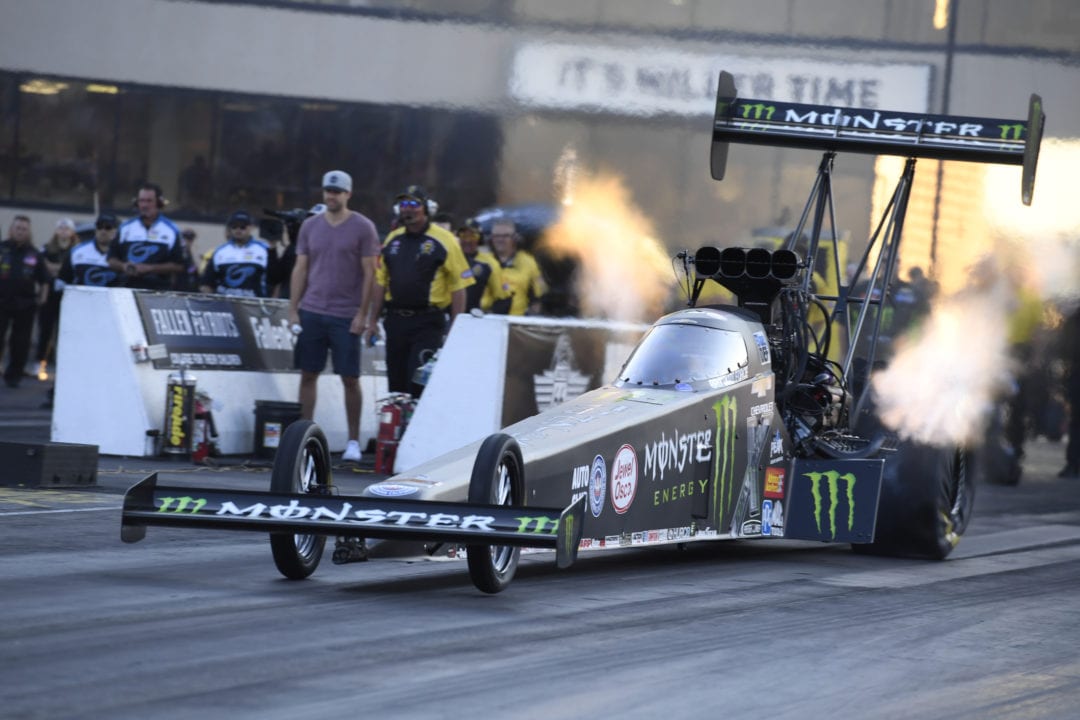 Brittany Force powered to her first No. 1 qualifier of the season Saturday evening at the 20th annual Fallen Patriots NHRA Route 66 Nationals presented by K&N Filters at Route 66 Raceway.

Force maintained her lead in the Top Fuel category with a run of 3.711-seconds at 323.04 mph in her Monster Energy dragster during her second pass on Friday. She notched her seventh career No. 1 qualifier as she chases her second victory of the season.

“It’s been a pretty good weekend for us, especially since we earned our first No. 1 of the season,” Force said. “It was rough having the car take some damage on our last run, but if we can end up in the winner’s circle tomorrow it will all be worth it.”

Leah Pritchett earned the second spot in Top Fuel qualifying after a 3.723 at 326.56 in her Papa John’s dragster, barely missing out on her fourth No. 1 qualifier of the season. Clay Millican had a strong showing as well, sitting in third in qualifying after a 3.739 at 325.22 in his Great Clips / Parts Plus dragster during his final run of the day.

Hight set both ends of the track record after a 3.851 at 334.73 in his Auto Club of Southern California Chevy Camaro during the second qualifying session on Friday. He now has two No. 1 qualifiers on the season as he aims for his first win in 2017. 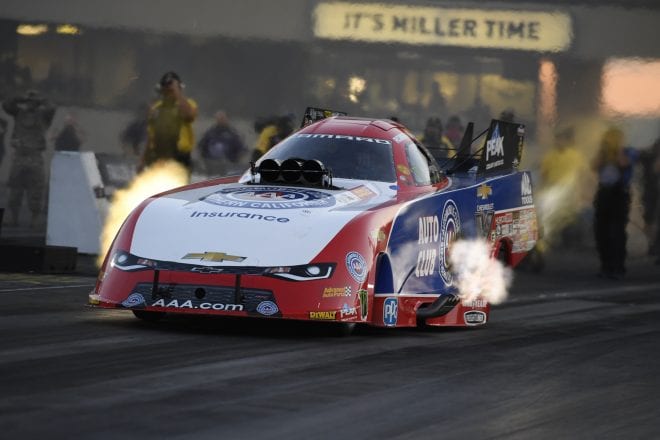 “Last night I would have guessed that if we didn’t improve upon our time from yesterday that we would not come out as the No. 1 qualifier, but we have to make sure we get it together tomorrow when it’s pretty hot out here,” Hight said. “We know it will be a hot track tomorrow but if we can run like we did in Norwalk then we should do just fine.”

Jack Beckman landed as the second qualifier after a run of 3.856 at 330.23 in his Infinite Hero Foundation Dodge Charger R/T, as he searches for his third win in the past four races. Courtney Force sits in third with a 3.880 at 331.36 in her Advance Auto Parts Chevy Camaro as she looks for her first win of the year.

In Pro Stock, Anderson secured the top spot after driving to a 6.564 at 210.18 in his Summit Racing Equipment Chevy Camaro during the second session of the day. He locked down his second No. 1 qualifier of the season and the 89th of his career. 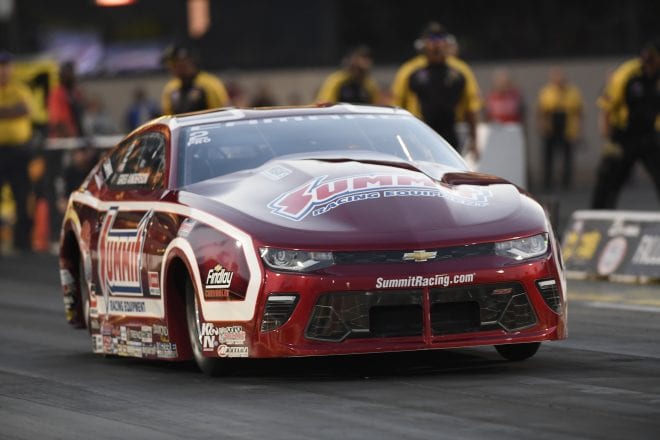 “It was a very nice day today and we made the most of it with two great runs, and we ended up with the No. 1 spot,” Anderson said. “This was actually the last race track on the circuit for me to win until I got it done a few years back and then of course winning last year, and now there is nothing to not love about this great facility since the monkey is off my back.”

Points leader Bo Butner qualified second with a 6.574 at 210.21 in his Jim Butner’s Auto Chevy Camaro, narrowly missing his fourth No. 1 qualifier of the season. Drew Skillman landed in the third spot with a 6.581 at 210.08 in his Ray Skillman Chevy Camaro.

Tonglet finished atop the Pro Stock Motorcycle qualifying after setting an elapsed time track record 6.806 at 196.13 in his Nitro Fish Racing Suzuki during his second pass of the day. He notched his second No. 1 qualifier of the season and the fifth of his career. 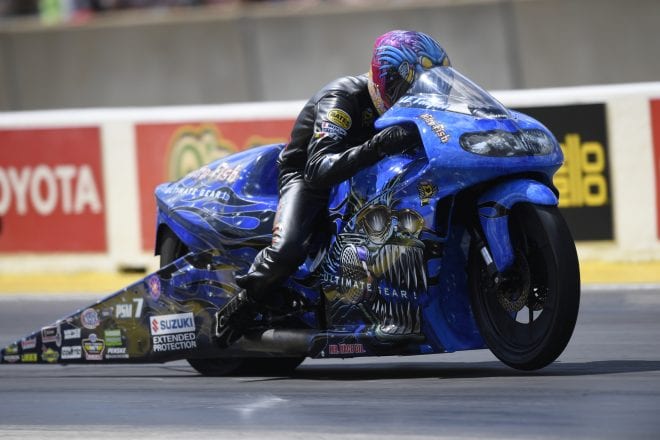 “We had made some mistakes in the third round of qualifying, but I knew I just had to calm down and run better numbers in these great conditions,” Tonglet said. “We’ve had a very good season so far and it feels similar to our previous successful years, so I know we can continue to build off of it.”

Hector Arana Jr. qualified second after a 6.811 at a track record 197.33 mph in his Lucas Oil Buell during his final pass of the day. Matt Smith notched the third slot after his 6.823 at 196.62 in his Victory Polaris Magnum failed to hold up from Friday night.