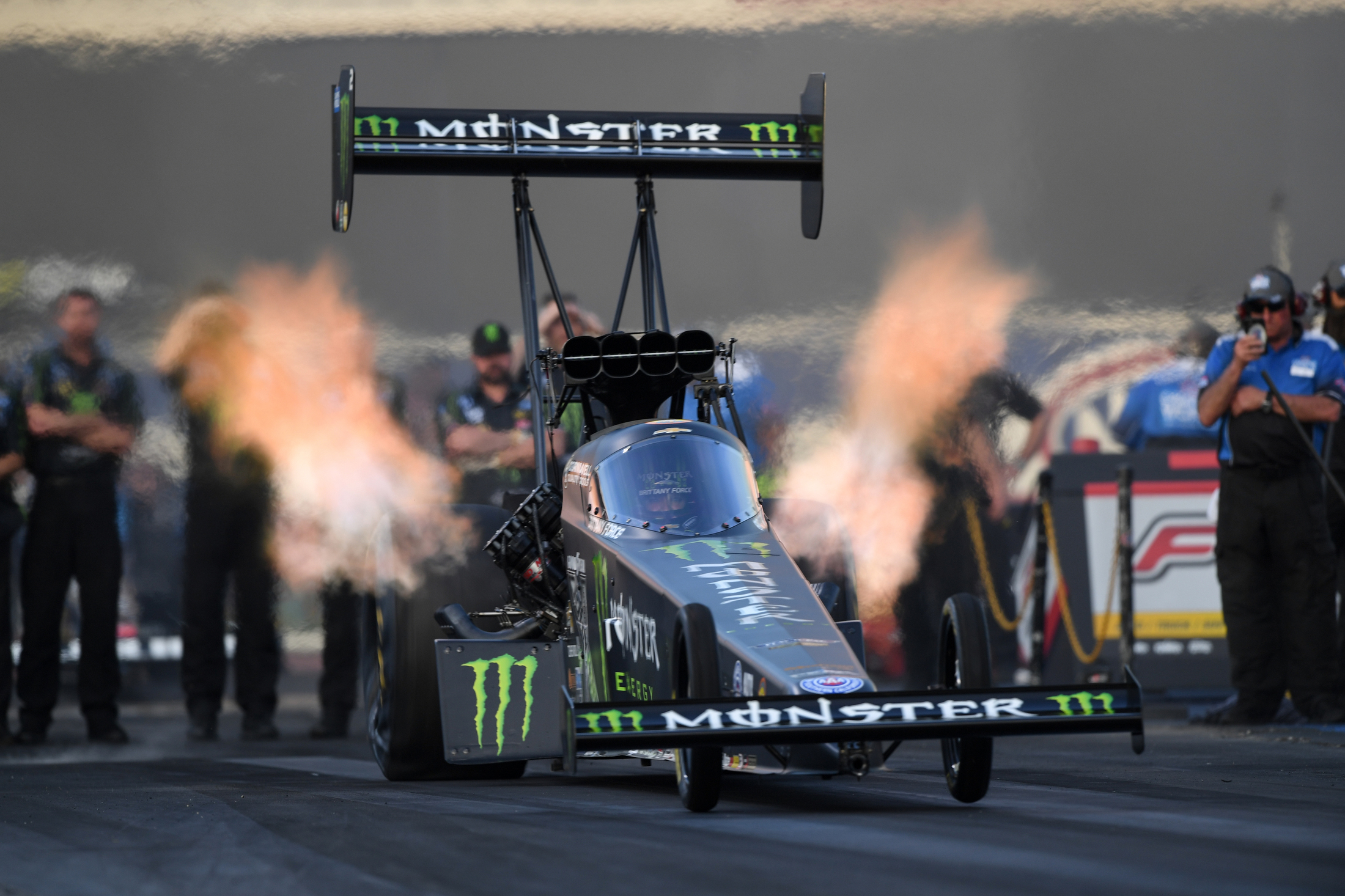 Following a dominant performance in qualifying throughout 2021, Brittany Force added another to start her 2022 NHRA Camping World Drag Racing Series season, rolling to the No. 1 spot in Top Fuel on Saturday at the 62nd annual Lucas Oil NHRA Winternationals presented by ProtectTheHarvest.com at Auto Club Raceway at Pomona.

Force powered to the top with a run of 3.661-seconds at 333.91 mph in the final qualifying session, giving her 33 career No. 1 qualifiers in her 11,000-horsepower Monster Energy dragster. She drove to 12 No. 1 positions a year ago and is now seeking her first career Winternationals victory as she looks to begin the 2022 campaign on an impressive note. Force will take on Ron August in the first round of eliminations on Sunday.

“It feels awesome to be back out here at my home track and starting a new season,” Force said. “I’m glad to be back, doing what we love and it’s even better to go No. 1 at the first race of the season. It pumps all of us up. We’re excited to get going and see what we can do this season. It felt good to have a solid pass going into race day. A 3.66, that’s pretty outstanding.” 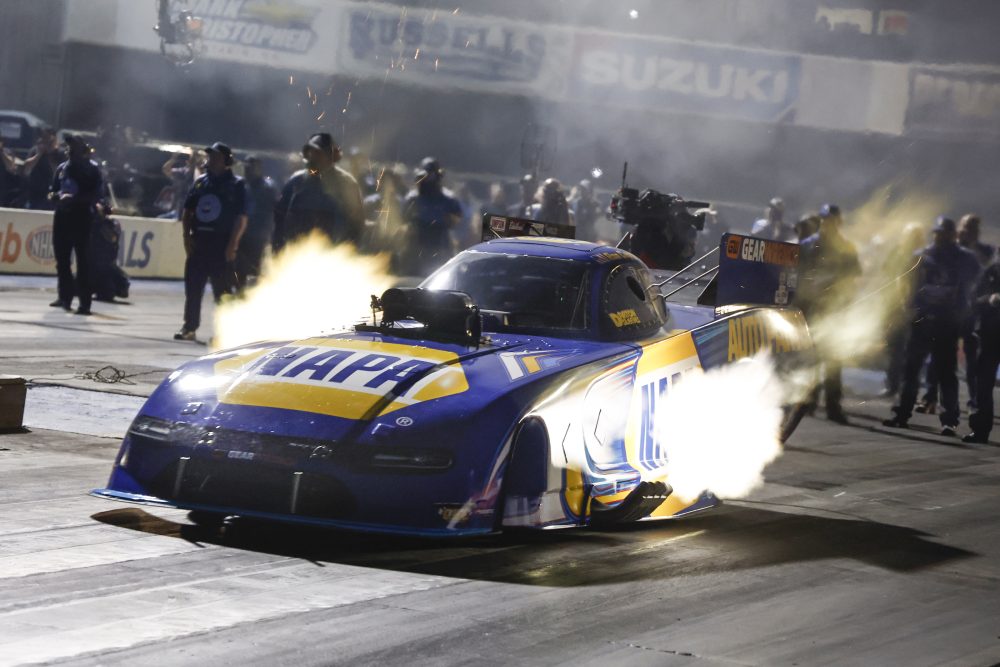 Capps, the reigning Funny Car world champ, closed out qualifying with an outstanding performance, slipping past Robert Hight with his run of 3.857 at 332.43 in his 11,000-horsepower NAPA Auto Parts Funny Car. After moving into a team ownership role for the first time and forming Ron Capps Motorsports in the off-season, it was also an ideal start for the veteran. In a thrilling, must-see first-round matchup to open eliminations, Capps will take on longtime rival and 16-time world champ John Force.

“We went up there to run an .83. That’s what Guido (crew chief, Dean Antonelli) put in it,” Capps said. “It started cooling off, so we came back and made some changes. That thing was a rocket ship. I could hear (Robert) Hight over there but I couldn’t see him, but I knew he was right there. That means if you’re running with (tuner) Jimmy Prock, you’re running pretty good. This No. 1 qualifier hat right here, means a lot. To start off as a team owner and have all the people who have helped throughout the off-season, it’s huge.” 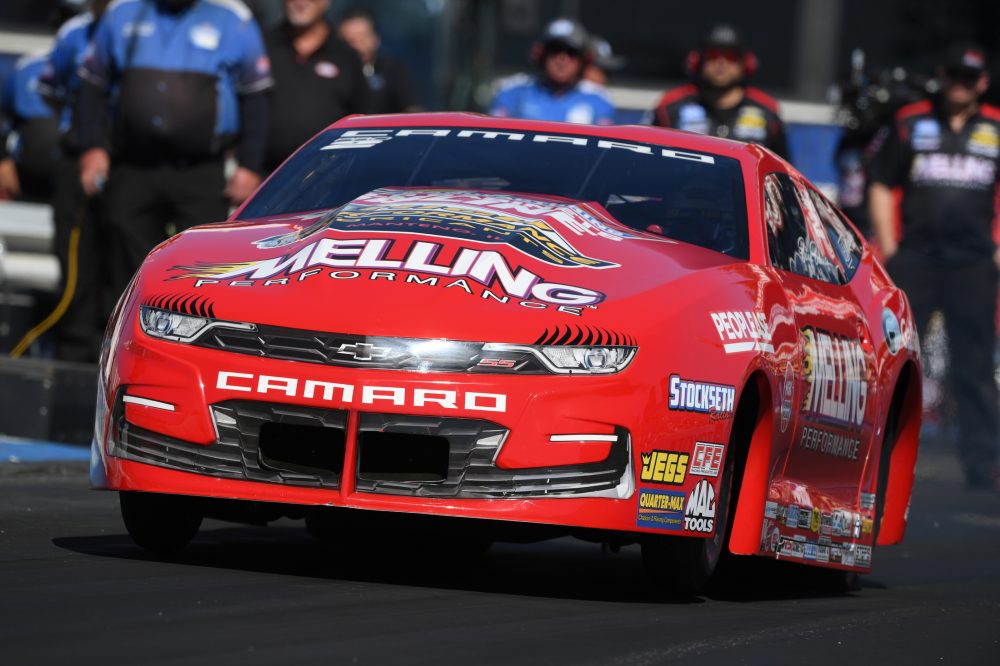 Looking for her first career Winternationals victory in her storied career, Enders moved a step closer by starting her 2022 with a No. 1 qualifier thanks to her run of 6.521 at 210.44 in her Melling Performance/Elite Motorsports Chevrolet Camaro. It gives Enders, a four-time world champ, her 24th career No. 1 qualifier. She will open eliminations against Cristian Cuadra and the standout is focused on picking up her first win in the event in what is Pro Stock’s 900th career race. Sunday’s winner will also receive a special trophy along with the Wally to commemorate the 900th event in class history.

“I feel like this is the best race car we’ve had in a long time,” Enders said. “We had a goal in the off-season to come out swinging. I feel like we have something to prove and the guys went to work hard in the engine shop. To lay down three consistent runs like that during the three qualifying sessions gives you confidence heading into race day. Tomorrow is very exciting and I just try to focus on keeping it as a normal race. I just go up and try to control every aspect in my lane with my race car. We’ve been fortunate enough to battle it out for a lot of really cool awards and this 900th event for Pro Stock, it would definitely mean a lot to take that bad boy home.”

Defending event winner Aaron Stanfield qualified second thanks to his run of 6.527 at 210.37 and Kyle Koretsky qualified third thanks to his Friday run of 6.528 at 209.20. Greg Anderson, the defending world champ, qualified fourth and will be seeking his 100th career victory on Sunday.