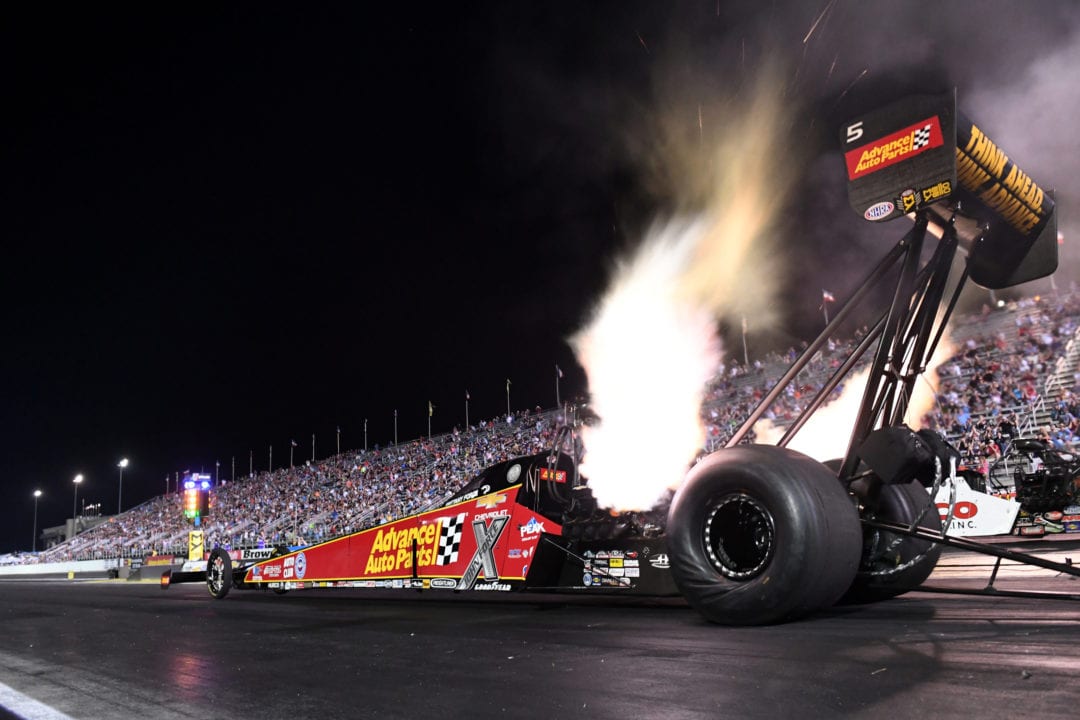 INDIANAPOLIS – Brittany Force powered her way to the provisional No. 1 spot in Top Fuel on Friday during the 65th annual Chevrolet Performance U.S. Nationals at Lucas Oil Raceway at Indianapolis.

Jack Beckman (Funny Car), Jason Line (Pro Stock) and Andrew Hines (Pro Stock Motorcycle) are also provisional No. 1 qualifiers in their respective categories at the final regular-season race of the 2019 NHRA Mello Yello Drag Racing Series season. It is the 18th of 24 events in 2019.

“It definitely felt fast,” Force said. “We went right down the track and put an awesome number on the board. It was a pretty awesome run, but the next two days are going to be the important ones setting us up for Monday. We’re really looking for consistency because that’s where we’ve been struggling, so this is a good start to the weekend and we’re very happy with that. I want to win here. I’ve been coming here since I was a baby and it’s on my bucket list.” 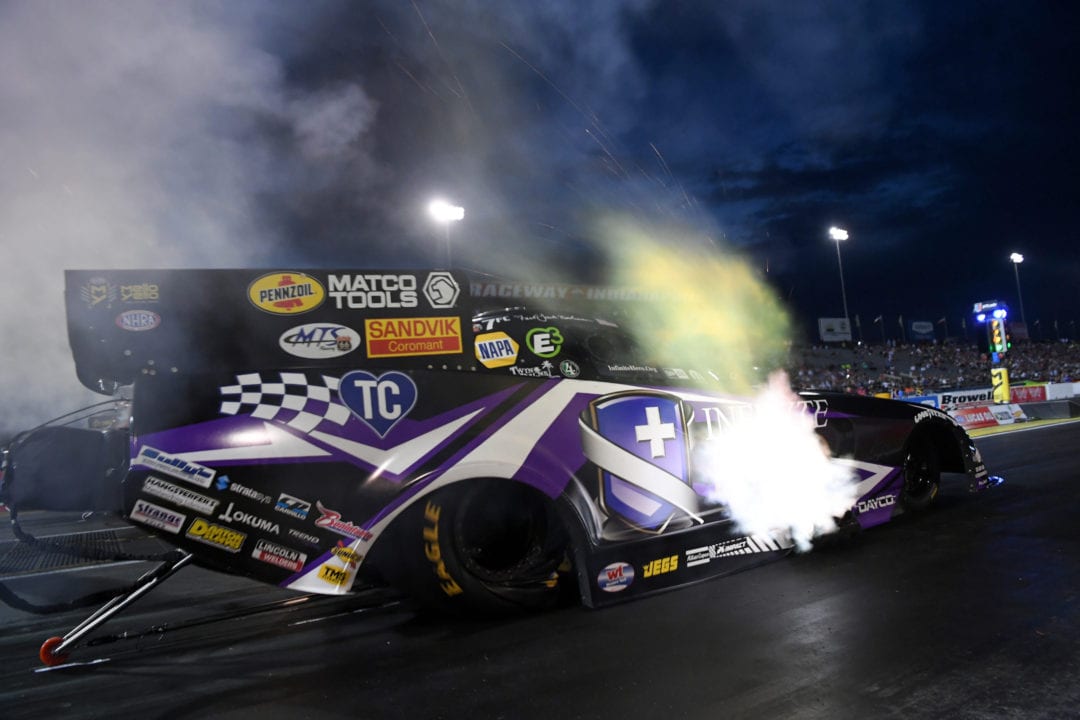 Funny Car’s Beckman, who is after his first win of 2019, drove his Infinite Hero Foundation Dodge Charger SRT Hellcat to an impressive 3.875 at 328.46. It would give Beckman, the 2015 Indy winner, his first No. 1 qualifier this year and 25th in his career if it holds.

His Don Schumacher Racing teammate Ron Capps, who won the most recent race in Brainerd, is second after his blast of 3.882 at 327.66, while J.R. Todd, the defending and back-to-back Indy winner, sits third thanks to his 3.883 at a class-best 331.20. Before Friday’s run, Todd and his team also unveiled the special Mello Yello wrap they will be sporting this weekend on his Camry.

In Pro Stock, Line went 6.570 at 209.62 to take the No. 1 spot in his Summit Racing Equipment Chevrolet Camaro. Line, who won the most recent event in Brainerd, is aiming for his second straight and third overall top qualifier of 2019, and 56th in his career. Erica Enders, the runner-up at Brainerd, is second after Friday thanks to her 6.590 at 207.24, while points leader Bo Butner is third after going 6.592 at 209.95. On Friday, the NHRA also revealed the official logo for the 50th anniversary of Pro Stock, which will be celebrated during the 2020 season.

Pro Stock Motorcycle points leader Hines raced to the top spot on his Screamin’ Eagle Vance & Hines Harley-Davidson, going 6.864 at 194.63. It would give Hines, a seven-time winner this year, his third No. 1 qualifier of the season and 45th in his career. Defending world champion Matt Smith is currently second after his run of 6.874 at 197.02 and Jerry Savoie is a spot back thanks to his pass of 6.898 at 193.85.

In the E3 Spark Plugs NHRA Pro Mod Drag Racing Series presented by J&A Service, three-time world champ Rickie Smith took the top spot on Friday with a run of 5.746 at 251.95 in his Camaro.

Qualifying continues Saturday at the Chevrolet Performance U.S. Nationals with two rounds at 1:15 and 4:15 p.m. ET. 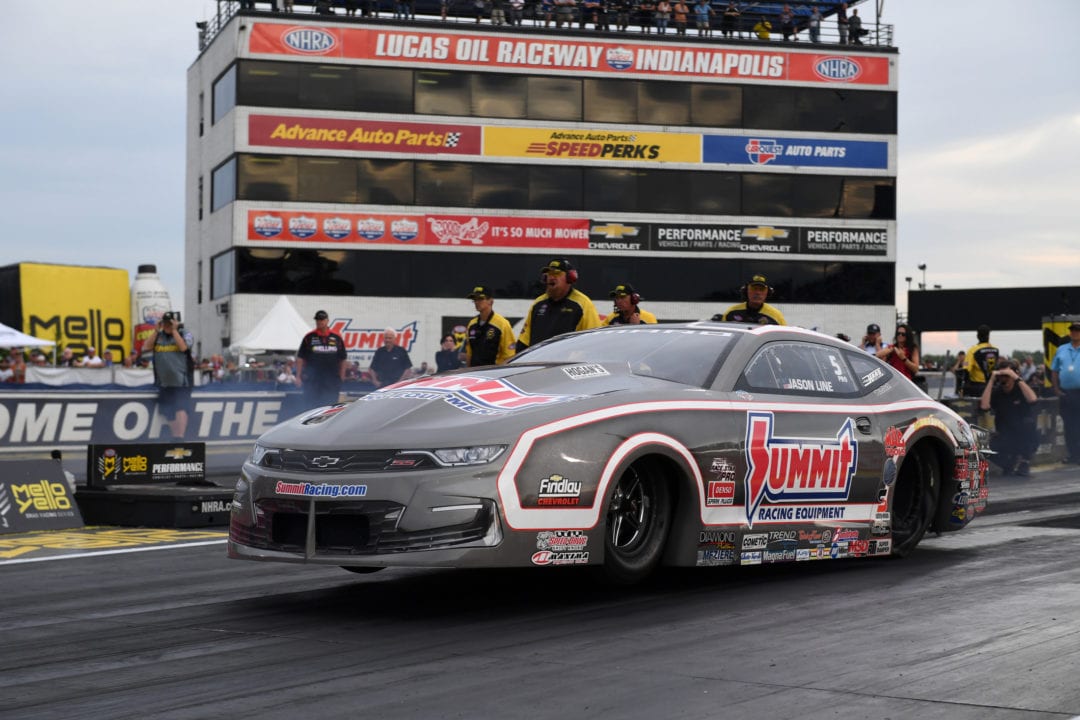