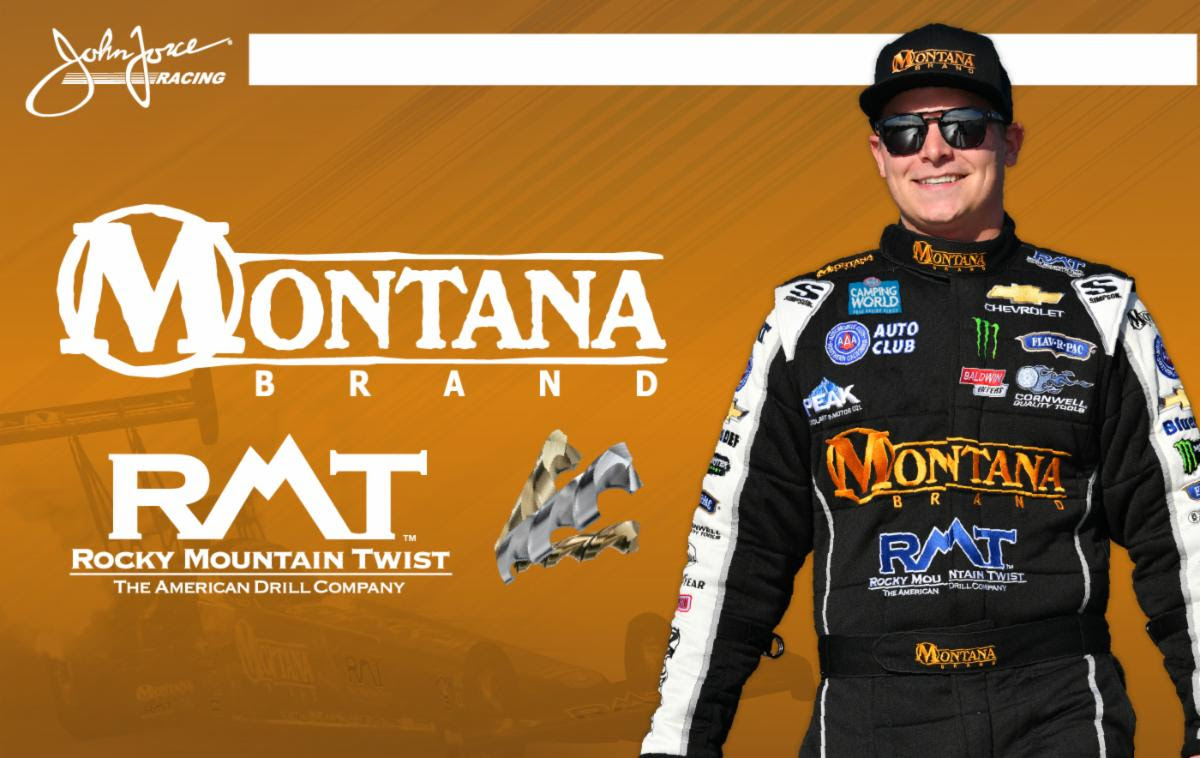 John Force Racing has announced the return of Montana Brand and Rocky Mountain Twist as a primary sponsor for Austin Prock’s Top Fuel dragster in the 2022 NHRA Camping World Drag Racing Series season. Owned by Frank Tiegs, also the owner of Flav-R-Pac Fruits and Vegetables who share primary sponsorship of Brittany Force’s dragster, Montana Brand is manufactured by Rocky Mountain Twist in its Ronan, Montana location and was founded in 2001.

Montana Brand and Rocky Mountain Twist first joined the John Force Racing family in 2019 as Prock’s primary sponsor when he won his first career NHRA national event at the Northwest Nationals in Seattle. Prock would finish the season as the NHRA’s Rookie of the Year winning the Auto Club Road to the Future Award. In 2022, the Montana Brand Rocky Mountain Twist dragster will be led by co-crew chiefs Joe Barlam and Rahn Tobler.

“It’s exciting to have Montana Brand / Rocky Mountain Twist back with Austin in the drivers’ seat,” said John Force, CEO and owner of John Force Racing and driver of the PEAK Antifreeze and Coolant Chevy Camaro. “Frank has continued to be part of the John Force Racing family and we always hoped he’d be back on a second car with Montana Brand / Rocky Mountain Twist. It was a great partnership in 2019 and there was so much room to grow. Now we’re able to start that process. I’m really looking forward to seeing what that team does with Joe Barlam, who was on my car last year, and Rahn Tobler handling the tuning duties. It’s going to be pretty exciting to see how this partnership grows.”

“It’s great to be involved with a second dragster at John Force Racing and to have Austin back with Montana Brand / Rocky Mountain Twist, the brands that started his career,” said Frank Tiegs. “It was exciting watching Austin race in his rookie season and now, having Brittany under Flav-R-Pac too, it’s going to be a fun year, I have a lot to look forward to with two dragsters in the hunt for a championship.”