Arana, the patriarch of the three-bike Arana Racing Pro Stock Motorcycle team, is third in the points standings heading into the second race of the Countdown to the Championship. Arana, who won the 2009 title, is battling sons Hector Jr. and Adam and seven other riders for the championship.

Arana first visited ESPN Deportes Dallas 1540 AM for a live, on-air interview on the Charla Deportiva show. He then conducted an interview with Telemundo 39 sports anchor Ramon Diaz.

“It’s important for NHRA to reach out to the Hispanic market,” Arana said.

“We could generate lots of new fans for the sport, for Lucas Oil, and for Arana Racing. My thanks go out to ESPN Deportes and to the Telemundo station for having me on.” 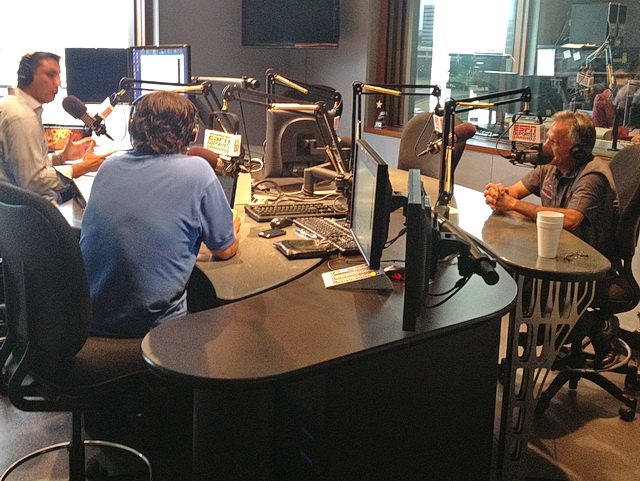