The event will be open to the public Sunday, December 2nd from 10 a.m. until 4 p.m. Spectator admission is a new $10 unwrapped toy. 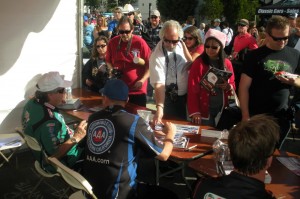 Last year tens of thousands of people wandered through one of the largest collections of hot rods, muscle cars, vintage cars, trucks and exotic Ferrari’s. Throughout the day toys, stuffed animals and games poured into the John Force Racing shop as fans toured the shop and John Force RaceStation. In the past 14 years JFR has collected nearly 90,000 toys for underprivileged children in the Southern California area.

The car show is open to all Sports Cars, Street Rods, Classics, Trucks, Muscle Cars and Exotics. There will be plenty of vendors and this family friendly event will have something for everyone. The ‘featured vehicle’ this year are Woodies. Fans will be able to tour the John Force Race Shop and Museum. 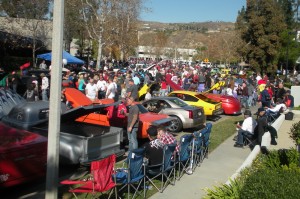 Performing in concert will be “Surfin Safari” the ultimate Beach Boys tribute band along with The Answer, one of the hottest classic rock bands in Southern California.

For entry registration call 714-921-8123 x227 or download entry form at www.JohnForceRacing.com or http://www.johnforce.com/holidaycarshow2012/index.cfm