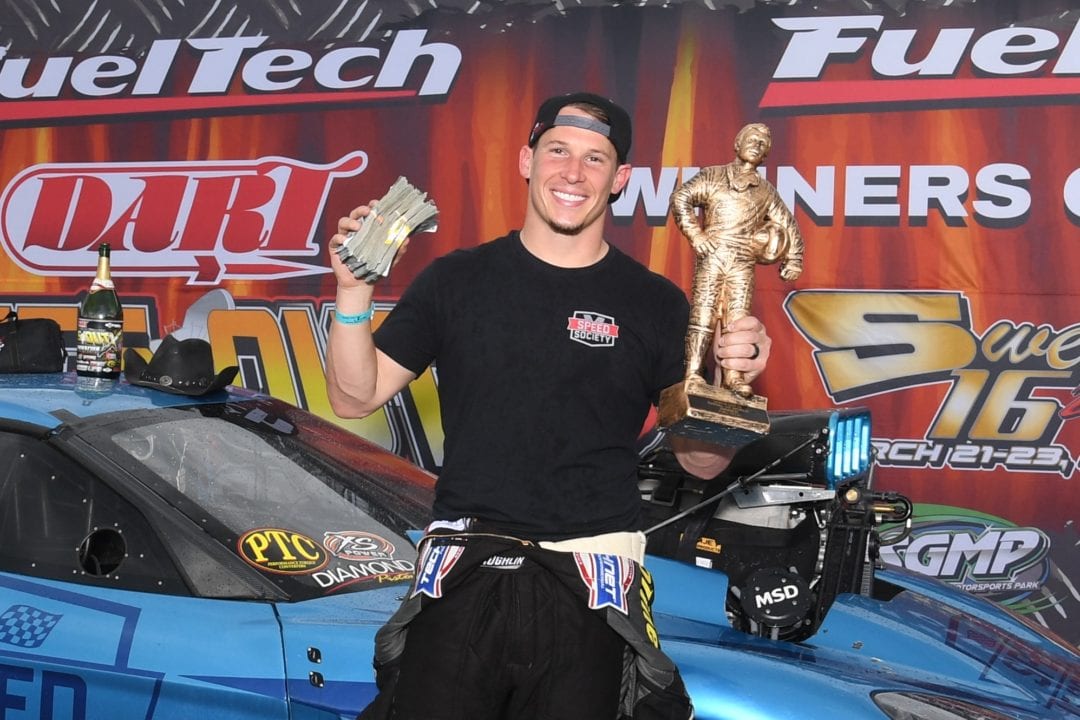 Make it four classes for Alex Laughlin in 2019.

A last-minute opportunity became reality for Laughlin, as he received official confirmation on Thursday he will drive a Ford Mustang owned by MMPS veteran Elijah Morton at this weekend’s NHRA Four-Wide Nationals at zMAX Dragway.

“It’s an awesome opportunity and I’m pumped,” Laughlin said. “These are such cool cars and I absolutely cannot wait.”

It only enhances Laughlin’s reputation as the Swiss Army knife of doorslammer racing, as well as someone who won’t turn down an opportunity to drive something fast. Morton’s championship-winning Mustang certainly qualifies as that.

Elite Motorsports team owner Richard Freeman called Laughlin earlier this week and asked Laughlin if he would be interested in driving a Mountain Motor Pro Stock car this weekend in Charlotte.

It wasn’t a sure thing, but as one could imagine, Laughlin’s reply was immediate.

The details became clearer as the week progressed and Laughlin got the confirmation text from Freeman Thursday morning.

For Morton, who will be driving the 2018 Mustang he debuted last year, he is thrilled to add the talented Laughlin to the team for the highly-anticipated weekend.

“Alex has driven about everything and I felt like he’s a great driver who could jump right in and put on a good show,” Morton said. “We needed an extra car, Richard mentioned Alex and it came together. I’m excited and I think it’s going to be awesome.”

Laughlin joins Vincent Nobile as a pair of NHRA Pro Stock drivers competing in the Mountain Motor Pro Stock debut at the Four-Wide Nationals in zMAX.

The Lights Out 10 winner in Radial vs. the World made sure to watch the four-car MMPS exhibition at the U.S. Nationals last year, and took in some of the action when the class raced in Houston two weeks ago.

With the class building considerable buzz heading into Charlotte, Laughlin called the chance to race the 800 cubic-inch cars, which should run in the 6.20s at nearly 230 mph in Charlotte, a no-brainer.

“Had I not been in a Pro Mod before, I would have been a little nervous,” Laughlin said. “But these are awesome cars. It’s like a NHRA Pro Stock car that goes way faster.”

Laughlin will also race Pro Mod in another weekend of double-duty, which has almost become second nature for him.

It will be learning on the fly at its finest when it comes to handling the Mountain Motor Pro Stock car, but Laughlin’s vast driving experience should come in handy.

Morton, meanwhile, can’t wait for the weekend to get underway. He was part of the exhibition at the U.S. Nationals a year ago, and continues to see the class pick up steam heading into Charlotte.

“I’m like a kid in a candy store,” Morton said. “Running four-wide for the first time, I’m really excited. Everybody in this class is getting attention like never before and we’re glad this is happening. It’s an exciting time for Mountain Motor Pro Stock. The NHRA has rolled out the red carpet and really welcomed us, and I think we’re making a lot more Mountain Motor Pro Stock fans.”

Laughlin quickly became one a year ago, a major reason why he jumped at the chance to race one this weekend. He’s optimistic he can run well in the class, as well as continue to show improvement in the Pro Mod ranks.

Morton, though, hopes to have the last laugh in the MMPS ranks and grab his first Wally in the process.

“I think it will be cool seeing four 800 cubic-inch cars going down the track – with hopefully mine out in front,” Morton said. 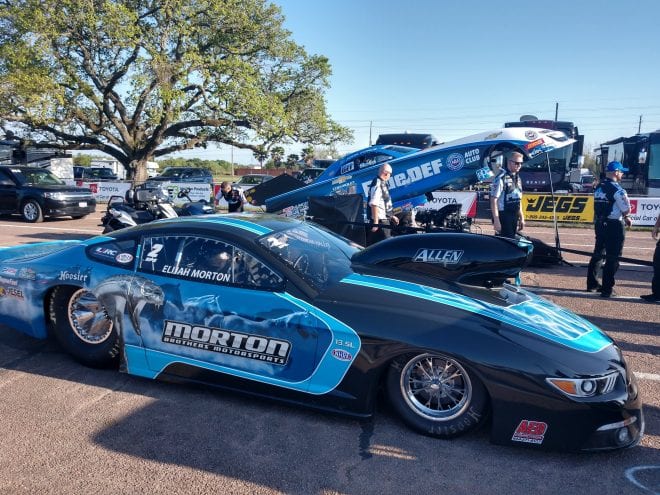