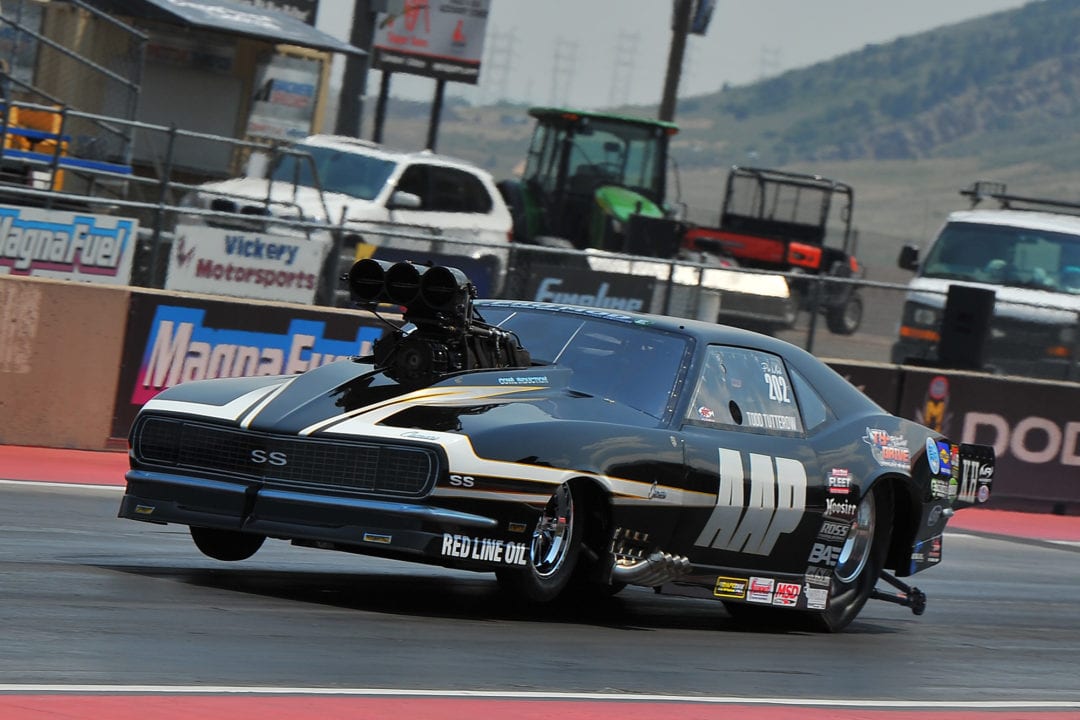 “The 2018 season marks 10 years that Al-Anabi Performance has been involved in drag racing, and Pro Mod has always been at the center of that,” said Jason Sharp, Al-Anabi Performance. “We are extremely proud to be involved with a great event like the World Series of Pro Mod and to do our part to support this event as it continues to grow in its second year.”

Al-Anabi Performance designs and manufactures high performing components for the worldwide drag racing community, working closely with several top Pro Mod teams. The company’s presence adds another significant partner to the World Series of Pro Mod in the race’s second year, while Tutterow’s participation in the event is a source of major pride for Drag Illustrated Founder and Editorial Director Wes Buck in relation to the growth of the highly-anticipated race.

“I’ve traveled to events all over the world watching racers and teams that have been involved with His Highness Sheikh Khalid Bin Hamad Al Thani and Al-Anabi Performance, and it’s now a pleasure and a point of pride to have them as part of the World Series of Pro Mod,” Buck said. “It makes me proud to have them associated with this race and I’m excited to see what the next 10 years holds for them. They share our passion for doorslammer racing, and they’ve also sent one of their sponsored drivers in Todd Tutterow, who is a living legend in the sport, to the World Series of Pro Mod.”