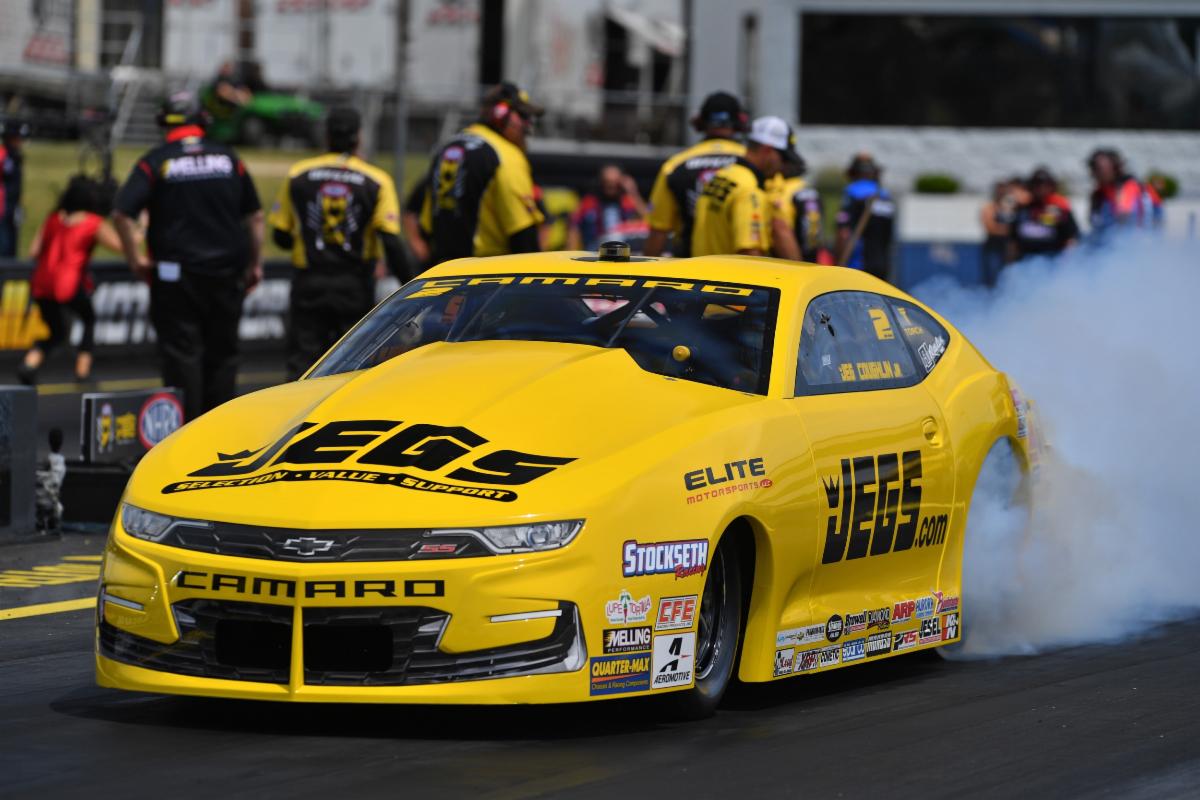 The NHRA’s six-race Countdown to the Championship playoffs got off to a great start for five-time Pro Stock world champion Jeg Coughlin Jr. as his semifinal finish in Reading, Pa., lifted him from eighth to sixth in the rankings, just 95 points off the lead.

Even so, the versatile veteran knows he needs to keep the gas pedal of his JEGS.com Elite Motorsports Chevrolet Camaro smashed to the floorboard if he hopes to contend for this year’s title. The 81-time national event winner says a big weekend under the arch is imperative.

“We feel like we’re arriving in St. Louis with a lot of momentum,” Coughlin said. “We had a great startto the playoffs in Reading. The JEGS Elite Camaro was running very well and if not for the smallest of miscues in the semifinals where we went red by -.002 seconds, we would have had a great chance at taking the trophy home. 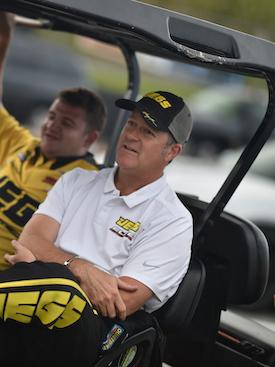 “There’s no reason to think that we won’t be strong again this weekend, considering how well we ran in Reading. Some changes were made before that race and everything we hoped would happen appears to be happening now so we’re charged up to drop the clutch Friday and see how we stack up.”

“Certainly, we’ve enjoyed some great times and had some big runs in St. Louis,” Coughlin said. “Any time you go to a track where you’ve won races in the past it gives you an extra dose of confidence. It’s a really fun track, a Midwest track, so we know there will be a bunch of JEGS fans and customers cheering for us. That’s exciting.”

Coughlin finished as runner-up to the 2018 championship with three wins in five final-round appearances and six No. 1 qualifying efforts. This year, Coughlin won in Phoenix and was low qualifier in Seattle.

“I’m ready to get back behind the wheel and work with the guys again on finding the best path down the quarter-mile in St. Louis,” he said. “I feel strongly that we will challenge for another race win, just as we did in Reading, and I have every confidence in the Elite Motorsports crew.

“It’s a time of the year where you have to be very aggressive. There’s no point in being conservative, especially when you’re not in the lead. There are some great drivers and teams ahead of us but we’re pretty good too.”