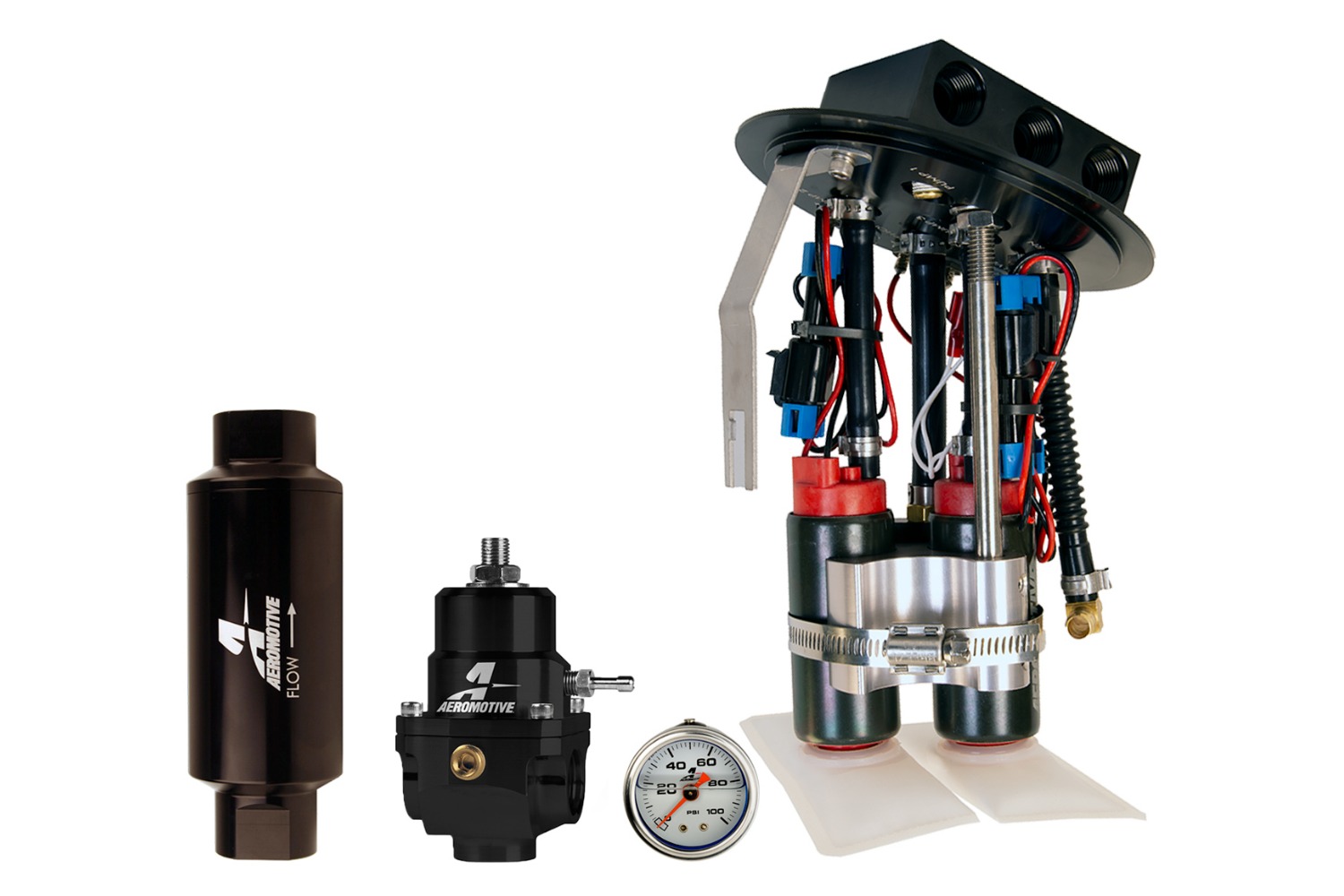 Aeromotive’s Phantom Series direct drop-in fuel pump modules for Ford Mustangs feature a factory-sized outlet cap to maintain fitment with the OEM fuel tank and lock ring. Compatible with both gas and E85 ethanol, these pumps are available in single, dual and triple pump configurations with flow rates of 340 liters per hour or 450 liters per hour.

Each configuration is also offered as a complete kit, including a fuel filter, a fuel pressure gauge and the recommended fuel pressure regulator based on flow rate. Kits do not include plumbing or electrical components to complete the installation.

In conjunction with the factory plastic fuel tank, the Aeromotive fuel pump module for 2011-2017 Ford Mustangs is a direct drop-in unit with no drilling or fabrication required, retaining all OEM tank venting and jet siphoning with the use of both OEM sending units.

Aeromotive’s Phantom Series drop-in fuel pump modules for Ford Mustangs are preassembled with the pump configuration of choice and are covered by Aeromotive’s limited one-year warranty.