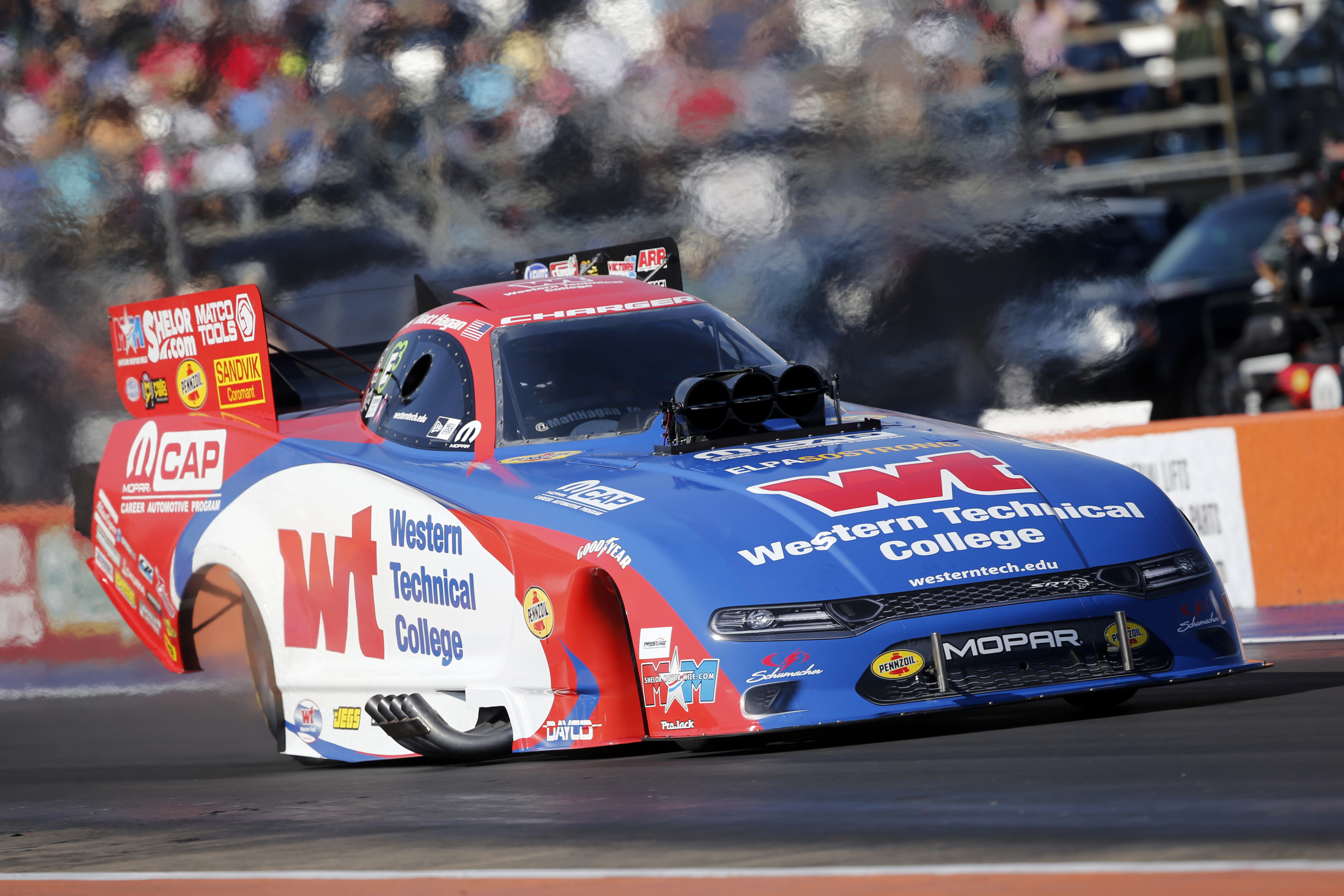 The world renowned Texas Motorplex will be celebrating its 35th year of showcasing the fastest sport in the world, the NHRA Mello Yello Drag Racing Series, and following the reorganization of the NHRA schedule the event will feature additional classes along with the traditional playoff atmosphere.

Tickets for the October 14-18, NHRA AAA Texas FallNationals are on sale now following a highly successful renewal period and until July 1st each order will receive a commemorative 35th anniversary coin.  As one of the last four races of the season title hopes are on the line and fans will be thrilled with exciting racing action.

The FallNationals will feature five days of racing action with all the top pro classes including Top Fuel and Funny Car as well as Pro Stock and Pro Stock Motorcycle racing Saturday and Sunday. Wednesday and Thursday will feature a National Open for sportsman competitors from across the country. Friday will be highlighted by the “Friday Night Live” featuring jet cars, nostalgia Funny Cars as well as a wide assortment of NHRA classes along with continued sportsman qualifying. Additionally, this will be the final event for Top Fuel Harleys so the championship will be on the line and will be crowned in front of the Texas Motorplex crowd.

“This will be one of the biggest NHRA events of the season when you consider the number of days and classes contested. We are especially excited to produce ‘Friday Night Live’ with all sorts of ground pounding fast race cars you wouldn’t normally see at an NHRA national event. You will not get a better playoff atmosphere than the AAA Texas Fall Nationals in October. All the professional class championships will be on the line and when you consider we are one of the last four races, you will be able to cut the championship tension with a knife,” said Andy Carter Texas Motorplex General Manager.

The variety of the race cars will be expanded by the inclusion of the Pro Mod class, 200 mph door slamming daredevils, competing in their penultimate event of the season with championship dreams in the balance as well as the Factory Stock Showdown class.

“We will be featuring every major class that competes on the NHRA national tour, everything from Top Fuel and Funny Car to Top Fuel Harley Davidsons to Pro Mods and Factory Stock Ford Cobra Jets and Chevrolet COPO Camaros,” said Carter. “I don’t think we have ever had this many classes at one event all racing in a playoff setting for so many different world championships. It will be an amazing weekend of racing for sure.”

The entire event schedule will be posted on www.texasmotorplex.com as categories are confirmed. The “Friday Night Live” show will also continue to add specialty and exhibition cars throughout the summer.