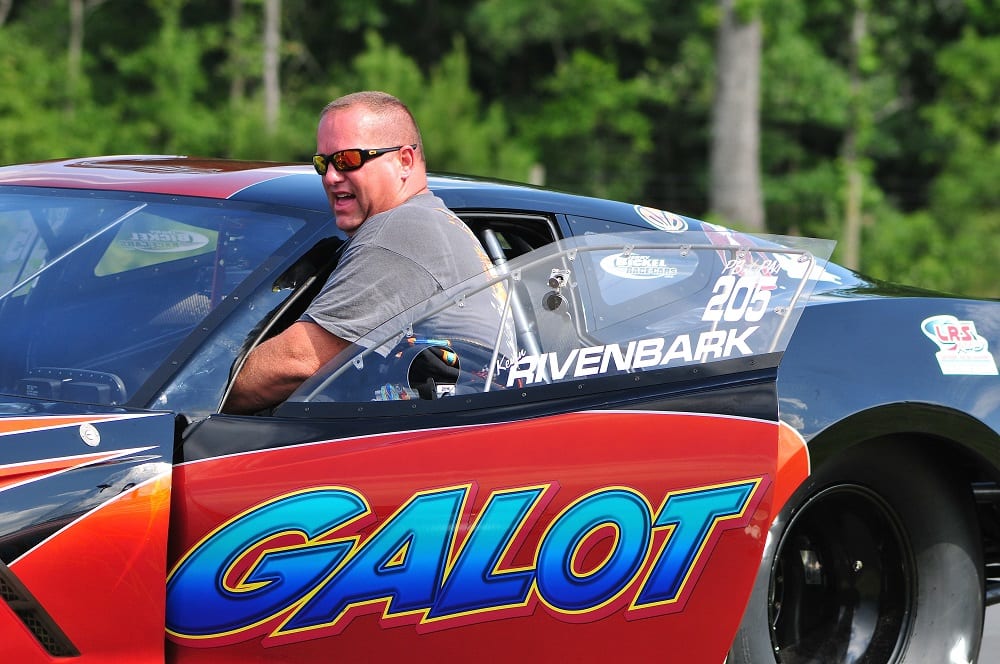 Communications technology company, A Simple Reminder.com, has announced it will be an associate sponsor on the Galot Motorsports Pro Modified team of Todd Tutterow and Kevin Rivenbark (pictured above) at the 62nd Annual Chevrolet Performance U.S. Nationals on August 31 – September 5 at Lucas Oil Raceway in Indianapolis, IN.

“We’re pleased to have our company represented at Indy this weekend by a pair of very well-respected racers and teammates like Todd Tutterow and Kevin Rivenbark,” commented Chris King, who co-owns A Simple Reminder.com and is President of its parent company, Alphacomm, Inc.

A Simple Reminder.com is a communications technology company with applications ranging from Homeland Security to the Farming Industry, and has recently announced its intentions to increase an already present involvement in drag racing through various partnerships. While the most recent sponsorship of Tutterow and Rivenbark is for a one-race agreement, additional sponsorships are forthcoming. King also has aspirations of expanding business operations that would directly impact race tracks, competitors as well as fans through an enhanced racing experience made possible through communications technology developed by A Simple Reminder.com.

“It’s currently in the works and could potentially revolutionize the sport of drag racing from a communications standpoint,” says King. A Simple Reminder.com as well as other business ventures that King is associated with are currently headquartered Indianapolis, IN with expansion plans of opening offices in the Raleigh, NC area currently underway. “I’m a retired Deputy Sheriff from Harnett County in NC, so I have a deep rooted connection to the Tar Heel state,” says King.

In addition to Tutterow and Rivenbark (both NC natives) the umbrella of racers sponsored by King also include Benson, NC businessman and Pro Nitrous racer, Edward Wilson, as well as PDRA Top Dragster competitor, Paul Daigrepont, a resident of Mooresville, NC.

“We’re also going to field a TM Race Cars 1963 Corvette in Top Sportsman later this year, with brand new driver, Logan Paul, behind the wheel. My wife, Donna and I recently named our family of racers “Sow The Seed Motorsports,” which is a reference to our Christian faith, as well as a statement that shows our support for groups like Protect The Harvest. I’m stunned to my core that the Lord has blessed us to the point that we even have the opportunity to be involved in all this. We believe that this is all in God’s plan, and while we don’t fully understand it, we’re just simply following it,” says King.