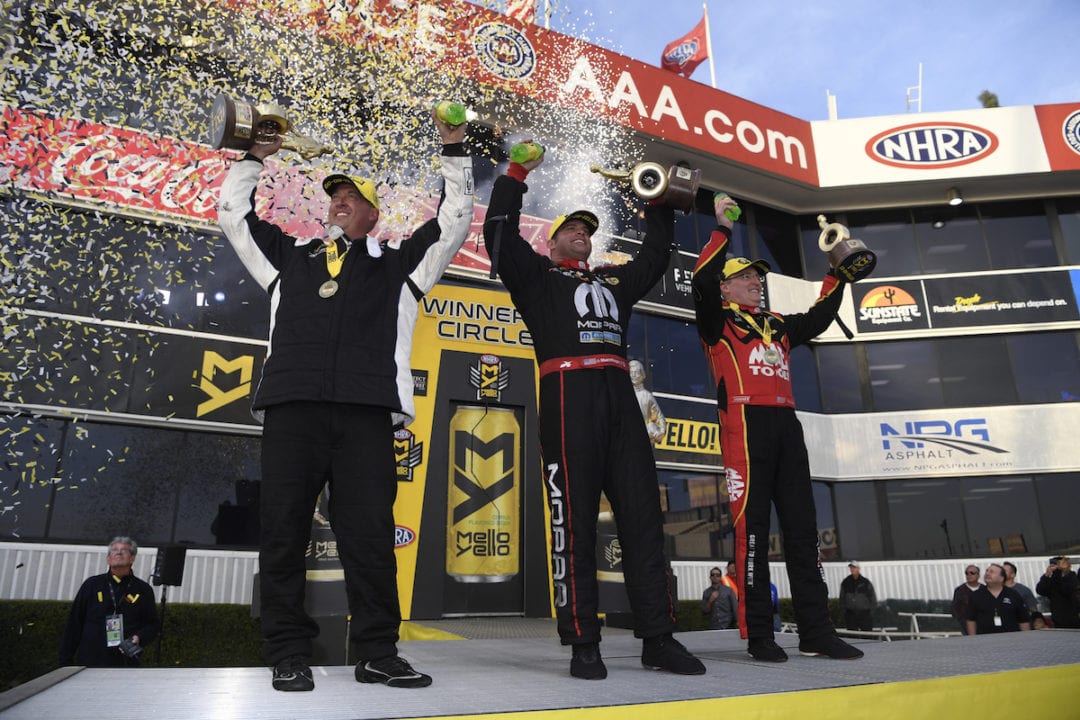 The first of 24 races during the 2019 season has long been a historic event for the sport and winning the Winternationals has provided career-making moments for NHRA competitors for nearly six decades. On the heels of an action-packed 2018 campaign, there is plenty of excitement heading into 2019 and Auto Club Raceway at Pomona provides the perfect backdrop for the 10,000-horsepower nitro machines to roar back to life. New cars, new teams and new team members add another level of excitement to the race, making it a must-see event to start 2019.

The top stars in Top Fuel, Funny Car and Pro Stock will aim for a quick start and to grab a Wally at one of drag racing’s most revered events. Doug Kalitta (Top Fuel), Matt Hagan (Funny Car) and Bo Butner (Pro Stock) were last year’s winners of a race that will be televised on Fox Sports 1 (FS1), including finals coverage beginning at 5 p.m. on Sunday, Feb. 10.

In Top Fuel, world champion Steve Torrence returns to a track where he capped off his incredible finish to 2018. Torrence won all six Mello Yello Countdown to the Championship playoff races a year ago, becoming the first competitor in NHRA history to do so. That included a season-ending triumph in Pomona, giving Torrence 11 wins on the year. He’ll try to keep that momentum going to kick off 2019, but it won’t be easy against a loaded Top Fuel lineup that includes defending event winner Kalitta, eight-time world champion Tony Schumacher, Antron Brown, Leah Pritchett, 2017 world champ Brittany Force, Clay Millican, Terry McMillen, Mike Salinas and Scott Palmer.

The event also will feature thrilling competition in the NHRA Lucas Oil Drag Racing Series, where future stars of the sport hone their skills.

Those in attendance will also have the once-in-a-lifetime opportunity to interact with some of the biggest names in drag racing during the NHRA Legends Tour. This includes meet-and-greets, autograph sessions, and a variety of other activities. Legends scheduled to attend the Lucas Oil NHRA Winternationals presented by ProtectTheHarvest.com will be announced soon.

Along with the exciting on-track action, the Lucas Oil NHRA Winternationals presented by ProtectTheHarvest.com will honor first responders with NHRA’s “Salute to First Responders” celebration.

As always, fans can interact with their favorite drivers as they’re granted an exclusive pit pass to the most powerful and sensory-filled motorsports attraction on the planet. This unique opportunity gives fans direct access to the teams, allowing them to see firsthand the highly-skilled mechanics service their hot rods between rounds, and get autographs from their favorite NHRA drivers.

Mello Yello Drag Racing Series qualifying will feature two rounds at noon and 2:30 p.m. on Friday, Feb. 8, and the final two rounds of qualifying on Saturday, Feb. 9, at noon and 3:30 p.m. Final eliminations are scheduled for 11 a.m. on Sunday, Feb. 10.